QotW: What Japanese luxury car would you get, and why?

We all love our roadsters and lightweight coupes but sometimes you just want the nicer things in life. Whether it’s a serene cabin as quiet as your penthouse living room, a fancy stereo, or just a seat that’s not made of vinyl, sometimes life calls for a luxury car. Now, luxury doesn’t mean we all have to run out and get Toyota Centurys. It can mean a lot of things to a lot of people. You can even find early Lexus and Acura cars in manual. Or in yellow. It doesn’t even have to have a luxury badge. Some might prefer the “stealth wealth” look of the Land Cruiser.

What Japanese luxury car would you get, and why?

The most entertaining comment by next Monday will receive a prize. Scroll down to see the winner of last week’s QotW, “What rite of passage every JNC owner must endure?” 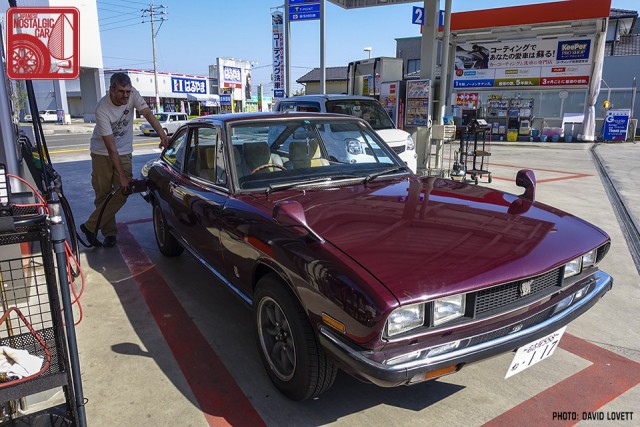 Sadly, there is no one rite of passage a JNC owner must endure. There are many, and they are difficult. From the cleverly named Ty Rodend‘s regrets about tire size, to Geoff‘s tragic encounters with the LS Bro, to Troy and Randy Hone and vic and Steve‘s lament about the lack of parts, we’ve all been there. The winner this week, Martin, turns his minor annoyances into inspirational opportunities.

I think the one real universal rite of passage for any JNC owner is being asked what kind of car you drive. Doesn’t matter what model you have because at some point, be it a gas station, a parking lot, or the random stop light, sooner or later you will be asked. Part of the joy that comes with driving a classic car is that fact that there just are not many on the streets anymore and most only come out when the weather is nice. Especially with today’s throw-away/ disposable culture, holding on to anything for over 2 decades is a rarity and seeing a JNC from decades past is just as surprising as it is a treat.

Having owned a few JNC of varying rarity and levels of modification I get asked often and this frequently leads to stories of rides past from the questioner. At first I tried to get away as fast as possible but now I listen and chit-chat and share stories. I feel its important to portray the community as being open and friendly. Meeting other car people is a part of having one of these machines.

22 Responses to QotW: What Japanese luxury car would you get, and why?