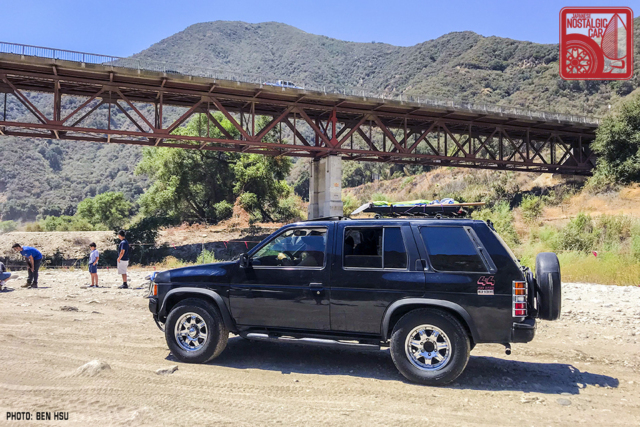 Recently we saw some laudable off-roading conducted by an unexpectedly capable 1978 Subaru station wagon. That has made us yearn for a truck that we can take into the wilderness without worry. To make this question more challenging, let’s add a budget — say, $5,000 or so, or about the blue book value of that Subaru. That effectively eliminates options like the Toyota Land Cruiser and other classic SUVs. Also, because this is JNC, we’ll add the caveat that we don’t want to abuse a mint or rare vehicle just to thrash around on some rocky trails. Aftermarket support would be a nice bonus as well.

The most entertaining comment by next Monday will receive a prize. Scroll down to see the winner of last week’s QotW, “What’s your favorite automotive museum experience?“

While we greatly appreciate the celebrated collections of Japan, assembled both by the car companies and private owners, the question wasn’t limited to Japanese institutions. We wanted to know about your favorite automotive museum experiences, and it’s hard to top the experience of meeting your racing heroes at one. That’s exactly what happened to Dan Widhirt on more than one occasion, one of which was captured on TV in the video above:

I’ve been fortunate to have visited numerous car museums in the US and Europe since the 1970s, and to have lived in proximity to several prominent automotive collections. Today I work within walking distance of the Shelby American Collection in Boulder, Colo., and in the mid ’90s I worked for Petersen Publishing in L.A. while living just a few blocks from the then-new Petersen Museum. (I’ve visited both iterations of the Petersen several times.)

While I’ve seen countless rare and priceless cars over the the decades – many times the same cars in different venues, as they’ve changed changed hands over the years – my favorite museum experiences have been the people I’ve encountered on my visits. Some have been prominent drivers or collectors, while others have simply been enthusiasts like myself who had great stories to share.

At the Shelby Collection a few years ago, I was shooting some detail photos of a Cobra while a couple of other visitors were conversing a few feet away. I heard one mention something about “my McLaren,” which I immediately piqued my interest. So I turned to listen and the McLaren owner turned out to be none other than three-time Indy winner Johnny Rutherford, one of my childhood racing heroes. (In high school, I even named one of our dogs after him.) One of the most gratifying experiences I’ve ever had is finding out first-hand that Lone Star JR is just as nice a guy in real life as he seems on TV. We talked for a few minutes and it turns out that he still owns one of the McLarens he drove at Indy. Like any good fanboy, I bought a museum shirt and he graciously autographed it for me.

Speaking of Indy, I can’t recommend highly enough a visit to the museum at the Speedway, especially in the month of May. Three years ago, during the Indy Grand Prix weekend at the start of the month, we dropped by the museum and met no fewer than three IndyCar luminaries. At the entrance to the exhibit hall, we were punk’d by driver James Hinchcliffe – disguised for an ESPN stunt as a good ol’ boy claiming to be the museum’s director, (https://www.youtube.com/watch?v=s4Ucm-vqNrQ – that’s me in the Haas shirt). Later we encountered 500 winner Arie Luyendyk (who still holds the all-time lap record at IMS) inspecting an exhibit of AJ Foyt’s cars. But the highlight of my visit was striking up a conversation with an older gentleman in a wheelchair, who turned out to be legendary IndyCar mechanic Johnny Capels. Among the many legends Capels has worked for are Parnelli Jones and two-time USAC champion Joe Leonard – the only American to win national championships on both two and four wheels. Needless to say, Capels had plenty of stories to share. I could have spent all day picking his brain, but the half-hour or so that we talked was easily one of the most amazing moments I’ve had as a lifelong motorsports geek.