QotW: What type of car has the best community of owners? 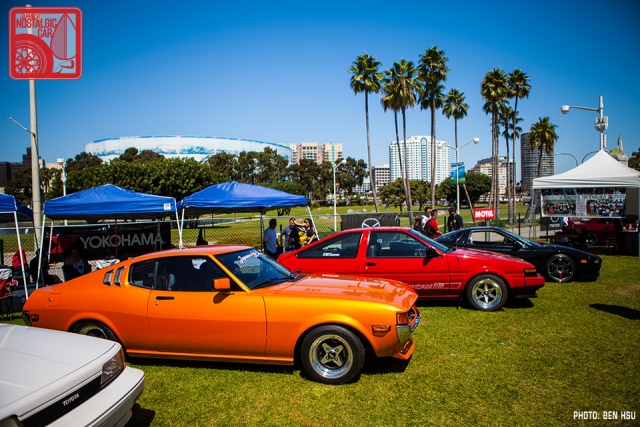 There are some cars you love, but can’t stand the people in their orbit. Then there are other cars that seem to attract owners with whom you can forge life-long friendships. We have friends who own all types of cars, but over the years we’ve found vintage Toyota owners to be some of the most down homies you can possibly ask for. They’re always there to lend a hand, give out some free advice, or share some old parts, all in a hate-free environment. Of course, there are good and bad apples in any bunch and your mileage may vary.

What type of car has the best community of owners?

The best comment by next Monday will receive a prize. Scroll down to see the winner of last week’s QotW, “What’s your craziest story about buying goods from Japan?“.

The difficulty in buying parts from Japan is probably the single biggest hurdle in vintage Japanese car ownership. You can built a 1969 Camaro completely from an aftermarket catalog (including the body), but finding a single OEM trim piece could cost countless dollars and hours — and with no guarantee of result.

CharlieB shared a heartbreaking tale of excitement that turned into disappointment. It’s not quite clear what happened, but the result is nevertheless devastating. Alan turned the purchase of an otherwise innocuous toy truck into an epic JDM adventure. EJ shared the pain of shipping costs that we all know too well. And jbbush proved that it’s not just the Japanese that have stellar customer service. The winner this week, however, has to go to “Jesse“. We would love to hear that other story someday, if you’re still around to tell it.

I was working as a mechanic for my buddy Dom’s garage in LA and this one kid Brian owed him a 10 second car. Some sort of race bet. Anyhow, Brian brought us a MKIV Supra to work on and fix which is great but it had been in a wreck with major damage to the body and frame. When we opened up the hood tho, to my surprise whoa, it had a 2JZ engine. Not sure why I was surprised as it was a USDM motor AND car. Anyhow, I showed Brian some go-fast options like Koni’s shocks to save weight on each corner for the holeshot and at the end of the day we had to order parts from Harry’s and put it all in the company F150’s bed even tho we all drove our own cars to and from the shop. It wasn’t $7 per gallon gas at the time. But also we used this company that was up and coming at the time, Overnight Parts From Japan. And they delivered! Unlike me when I lost my Jetta to Johnny Tran but that story is for another time.

13 Responses to QotW: What type of car has the best community of owners?