QotW: What should the Emperor of Japan have in his garage? 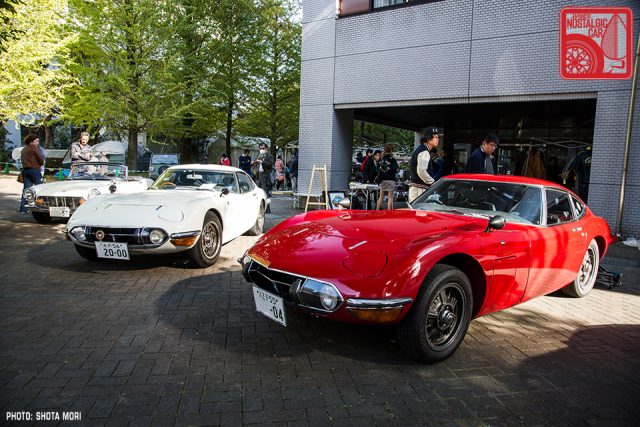 Today is the day when Japan celebrates the Emperor’s birthday. Though the Japanese royals are just figureheads, they can still own pretty much any car(s) they want. The previous Emperor, Akihito, kept it 100 with a low-spec Honda Integra sedan. He stepped down last year, presumably to spend more time cruising around in his Teggy, so this is the first time the country is celebrating the birthday of the new Emperor, Naruhito. Toyota already gifted him a fleet of four Centurys, including a bespoke vert, but why should the patriarch of the Imperial Family settle for just four cars? A birthday seems like a good a time as any to request automobiles from your subjects.

What should the Emperor of Japan have in his garage?

The most entertaining comment by next Monday will receive a prize. Scroll down to see the winner of last week’s QotW, “What’s your best Toyota Corolla story?” 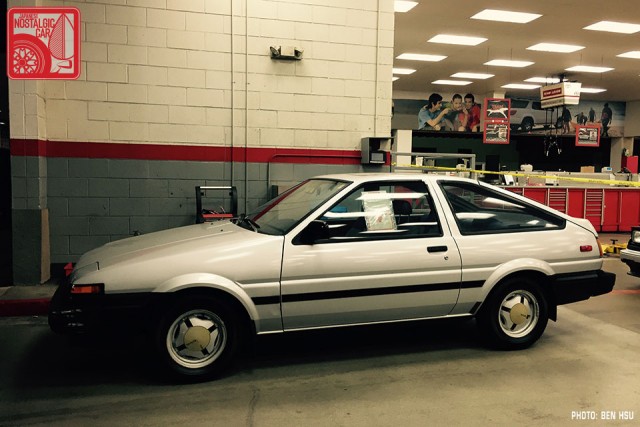 As we suspected, there were all kinds of Corolla stories submitted last week. A few of them, like Lee L and F31Roger  were about the regret of not buying an AE86 for cheap when they had the chance. エーイダン has fond memories of getting his AE86, albeit in Hot Wheels form. On the other end of the spectrum, nlpnt shared a classic tale of life with a near-indestructible beater Corolla.

It was truly difficult to decide between three stories this week. Ian N spun an epic yarn about meeting a rally legend and his TE27, and Christopher Huffine relayed the legend of a TE38 that went 80,000 miles without an oil change, but in the end DallasD‘s saga of an AE85 becoming part of his family won our hearts:

The Corolla has a special place in our family. A white (with blue interior) 1986 DX 2-door manual hatchback was the first car that my wife and I bought together, from the original owner, a local woman who loved it (and replaced it with a new Corolla). My wife and I both favored small hatchbacks, and we enjoyed how light and nimble the Corolla was.

We had all sorts of absurd adventures in the car, and I had several driving ‘firsts’ in it, including my first uncontrolled slide in snow (saved it), first fishtail experience (saved it), first time I had to put heavy objects in the back for traction. The only time I ever tried to race anyone in the Corolla, I picked another small older hatchback, a Dodge Omni. It was dark, and only as I floored the gas pedal did I notice the “GLH” on the side!

With the birth of our first child, the Corolla became our first official family car. We took our son home from the hospital in it, stopping for a few baby supplies along the way. My wife went into the store alone, and I was left in charge of this tiny new life. It was nice and toasty warm in the car, and our child started crying. I couldn’t figure out why, but then I realized it must be too hot for him, so I unzipped his thick fleece outer layer, and the crying stopped. Whew!

Our little Corolla accompanied us throughout our introduction to parenthood. We have beautiful memories of simply being a new family, in that car. My wife calming our son in the back seat while I drove. Changing diapers in the back seat or open hatch. Trying to fit what we bought into the car, realizing just how large the carseat was! The Corolla was part of our family.

Unfortunately, I had another ‘driving first’ in the Corolla: Being rear-ended. I was at a stop sign, the road was completely covered in snow, and the driver of a full courier van thought he could brake from 35 MPH in about 60 feet. I saw it coming, no injury, but the Corolla’s trunk would no longer open. Shortly after that, it failed to start. I didn’t know much about engines at that point, but I suspected a fuel supply issue. Local mechanics alleviated the problem for a while, but the problem returned, and nobody could solve it.

Instead of junking the Corolla, we gave it to a dear retired family member who knew a thing or two about engines. He loved cars, and he loved a challenging project! He rolled the Corolla into his garage and tore the engine down, removing all of the carbon build-up he could find… Two months later, the Corolla was running again! He drove it daily for two more years, and every time we saw him, he would tell us how much he enjoyed bringing it back to life and having it in his daily routine.

Finally, the Corolla’s problems accumulated beyond the point of no return, and off to the junk yard it went. The family member who had restored it passed away not long afterward. He was fascinated by cars and machinery, and bringing the Corolla back to life was his last project before his passing.

That’s the story of our Corolla. We still miss it. Thanks for giving us the opportunity to share.

permalink.
This post is filed under: Question of the Week and
tagged: corolla, QotW, toyota.

16 Responses to QotW: What should the Emperor of Japan have in his garage?