QotW: What part did you install that is completely unnecessary?

Posted on September 3, 2018 by Brandon Kelley 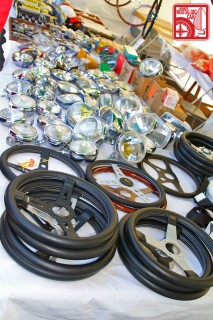 Sometimes, we just want to make our cars a bit more unique, a little touch that says this JNC is mine. Those touches can be everything from a sticker to some vintage barrels that haven’t been curbed so many times it resembles sandpaper. Back when I found my first JNC, I installed a Momo steering wheel with a TRD horn button, but I also felt the need to add a carbon fiber horn button surround ring. It looked nice and tied the interior together but I also had to avoid it for fear of scratching it while I battled the weekly traffic on the 5. Ultimately, I sold it and reduced my blood pressure by a few points.

What part did you install that is completely unnecessary?

The most entertaining comment by next Monday will receive a prize. Scroll down to see the winner of last week’s QotW, “What JNC fun facts do you know?“ 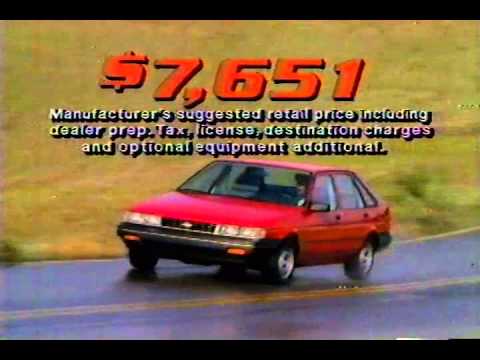 It’s been raining pretty strong the past week in Tokyo. Not only did that mean it was hot and humid now, it also meant there was no opportunity to go hunting around cars. Thankfully, the suggestions from QotW gave me plenty of hunting opportunities online as I looked in on some of your comments.

Out of the gate, Banpei and Yuri drop some serious knowledge, especially about how the beloved S13 and AE86 came to the US with pop-ups. ArcherOnCars had a fun fact on how the Sports 800 got it’s design from a fighter jet, and Mark Newton-John may have cracked the case on a few model names… or maybe not.

This week, we highlight nlpnt with an interesting fact about badge re-re-re-engineering for the US market broken down into areas of  the US. We’ll let the tale reveal itself below:

The first year of GM’s multiple-captive-import program, 1985, the Spectrum (Isuzu Gemini) was offered only on the East Coast, the Nova (Corolla) only in the Midwest and as a sedan and the Sprint (Suzuki Cultus) as a three-door on the west coast. National distribution for all and five-door hatchbacks of the latter two came for the ’86 model year…

19 Responses to QotW: What part did you install that is completely unnecessary?