QotW: What made you start collecting Hot Wheels? 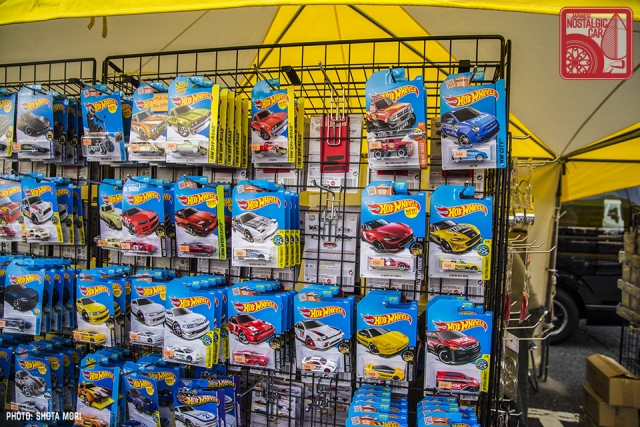 After hearing of Hot Wheels’ 50th anniversary and Jun Imai’s departure from Mattel, I began thinking back to when I started collecting Hot Wheels. It was the “Toyota AE-86 Corolla” that set my heart afire. To see the beloved Hachiroku next to the Camaros and Mustangs was indeed a treat, especially since I had searched seven stores to find it. But at least I was able to. Today, Japanese Hot Wheels are the hottest things on the pegs and impossible to find. I have many Hot Wheels now, many JNCs mixed in with the fun fantasy models.

Jun’s designs not only kickstarted a new hobby of minicar collecting, but also helped create a stress-free oasis in the form of my office desk collection. I may not be able to go for a daily touge drive, but looking at all the JNC Hot Wheels on my desk transports me to winding roads with my arm perched out the window.

What made you start collecting Hot Wheels?

The most entertaining comment by next Monday will receive a prize. Scroll down to see the winner of last week’s QotW, “What JNC would your mom actually enjoy driving in?” 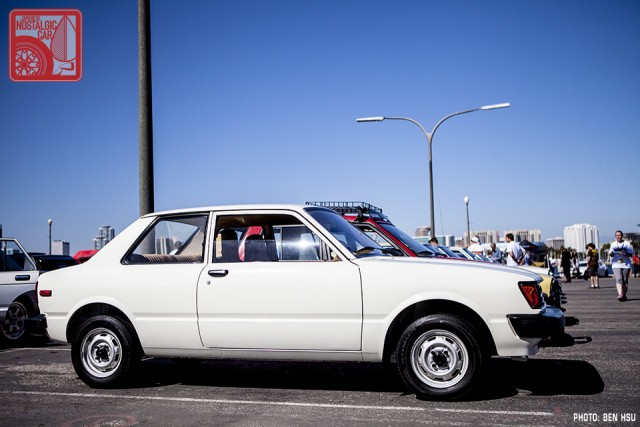 When we asked what chariot your mom would enjoy driving, we were expecting something safe and simple. Instead, we got a glimpse into why so many of our readers are JNC crazy: mom was also a fan! Citizen Patrick revealed that a Mitsubishi Diamante was the family’s preferred stealth fighter.

Diane Krey-Wesley — Mary from the Ken and Mary commercials herself — suggested either the Gloria or Kenmeri, as long as it had an auto, a stipulation that even my own mother demanded after wrestling with my family’s AE82 5-speed.

Christopher‘s mom seemed to take any chance to drive J-tin despite the family being big into domestic runners, sampling everything from a Prelude to a 280ZX. That’s range!

In the end, Alan‘s comment takes the cake with his mom opting for the underdog of Toyotas: the Tercel. And not just one, but four! I’ll let Alan give the details and show that even a Tercel can win mom’s seal of approval over and over again.

In succession, there was an ’80 three-door 5-speed that gave up 3rd, 4th and 5th in a spectacular way at 450k miles–a family friend pulled off the hatch and used it at his junkyard for a parts getter for another ten years until it rusted away.

Then there was an ’86 5-speed three-door which ran to 300k before rust got out of control.

Followed by an ’87 4WD 6-speed which even had A/C–great for volcanic Chicago summers, though 4WD offered no discernible advantage over the others in slush.

Last was an ’89 three-door 3-speed auto, which was my first car and then my brother’s. It had no rev limiter or tach, but would rev up to what sounded like ~9k RPM–perfect speed for neutral drops. I beat the hell out of that car and it always wanted more. Drove like a shopping car with a stuck front caster–boring but simultaneously wayward.

permalink.
This post is filed under: Question of the Week and
tagged: hot wheels, QotW, tercel, toyota.

39 Responses to QotW: What made you start collecting Hot Wheels?