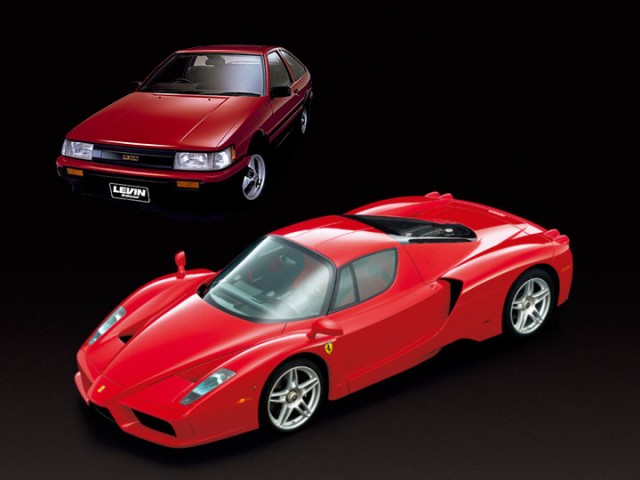 A few weeks ago on After/DRIVE, I blurted out a statistic about how there are fewer stock AE86s left than Ferrari Enzos. No, I haven’t counted them all, but I can count on my own two hands how many I’ve seen at shows, in forums, and on internet classifieds.

Maranello produced 400 of what was then the marque’s ultimate exotic (incidentally, designed by Ken Okuyama who is Japanese and was the first non-Italian head of legendary studio Pininfarina). Wait, how are there more of these million-dollar supercars than a Toyota Corolla? Well, despite Eddie Griffin’s best efforts, most Enzos have lived coddled lives in the hands of uber-wealthy collectors. AE86s, on the other hand, are drifted, modified and generally hooned into oblivion.

What say you, dear reader? As always, the most entertaining comment by next Monday will receive a prize. Scroll down to see the winner of last week’s QotW, “What’s the greatest ‘green’ JNC?” 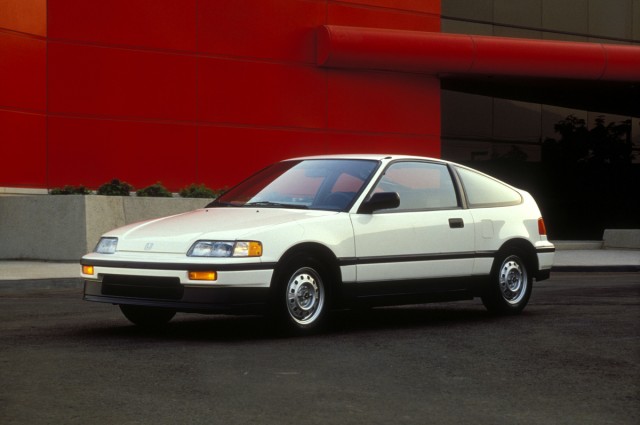 This week’s winning comment comes from Mike McCarthy, who nominated the Honda CRX HF. Many of you nominated the HF, but Mike gave us a good chuckle with his line about not looking like a dweeb:

CRX HF hands down. I’ve owned 3 geo metros… they just don’t feel like a real car.
there is no greater economy/green car IMO. They still look so sporty that you won’t feel like a dweeb driving it. I’d have to nominate the original honda insight as a close 2nd place.

8 Responses to QotW: What JNC stat would surprise non-JNC people?