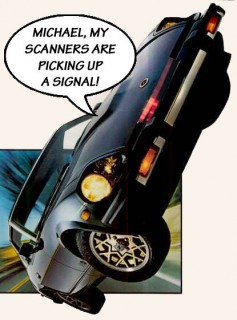 The arrival last week of the Seibu Keisatsu cars at Nissan’s Zama warehouse got us thinking about cheesy 80s TV shows and their vehicular stars. Perhaps the most famous of these was Knight Rider, a “shadowy flight into the dangerous world of a man… who does not exist.”

Long-time JNC readers may know that instead of a Pontiac Firebird, the original Knight Industries Two Thousand was supposed to be a Datsun 280ZX. According to the book Hollywood and TV Movie Cars by G. William Krause, “[Producer Harker Wade] said he was working with Glen Larson (The Fall Guy) on a new action- adventure show that starred a computerized talking car. A Datsun Z was written into the original script…” That’s right, folks, KITT was a JNC.

Alas, it was not meant to be. But at least now we get to have the fun of decided what car from 1982, which is when Knight Rider debuted, that KITT could’ve been.

The most entertaining comment by next Monday will receive a prize. Scroll down to see the winner of last week’s QotW, “What’s the most important info on the instrument cluster?” 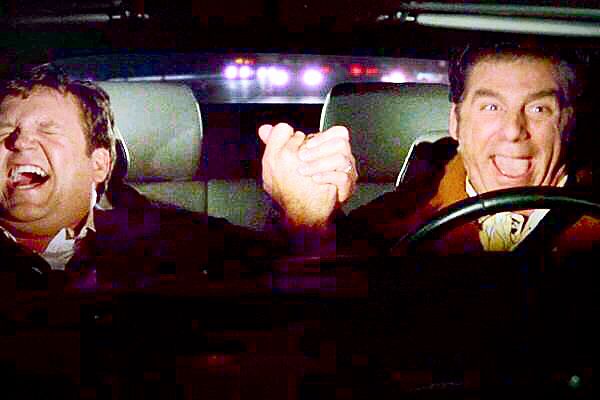 There was a lot of debate about which instrument cluster output is the most important, and consensus was split. Jeremy A. and bryan kitsune gave the most compelling arguments for the temperature gauge, while Miguel made us chuckle by saying that he only watches the fuel gauge because on an old Toyota truck nothing else ever goes wrong. BlitzPig reminded us that oil pressure is equally important, and Hondamatic elicited laughs with the ridiculously sublime, “Danger to Manifold.”

Ultimately, it was Tristan G. pleaded the strongest case for the fuel gauge:

I believe that the most important AND least important info on the gauge cluster is coincidentally the same thing, the gas gauge. Its a great little indicator, especially on newer cars where it tells you the exact number of minutes and miles you have untill you get to put your debit card in yet another gas pump. Its also arguably the most exciting gauge, since how great of a feeling is it to top off at a pump and set out on a long journey, mind at ease for the days ahead. Although the gas gauge can also be the scariest bit of info in front of you. As frightening as it may feel to see your car overheating or looking down at your speedometer while driving by a cop, whats more nervewracking than seeing your gas needle sitting on ‘E’ smack dab in the middle of nowhere? Now you may be wondering, how could such a vital bit of info be the LEAST important thing on a dash? Well its quite easy to explain since for most of us it doesn’t NEED explaining. Most of us may never get to experience the great range of emotions that a gas gauge can give you because, as members or even mere visitors of this site…. our gas gauges probably don’t work! If there’s one thing ive learned in life its that old cars and broken gas gauges go together like bread and butter, they’re an inseperable pair! Which is why the gas gauge is either your most reliable friend, or your biggest enemy.

permalink.
This post is filed under: Question of the Week and
tagged: 280zx, datsun, Knight Rider, QotW.

9 Responses to QotW: What car would Japanese Knight Rider drive?