QotW: What are your JNC plans this 4th of July? 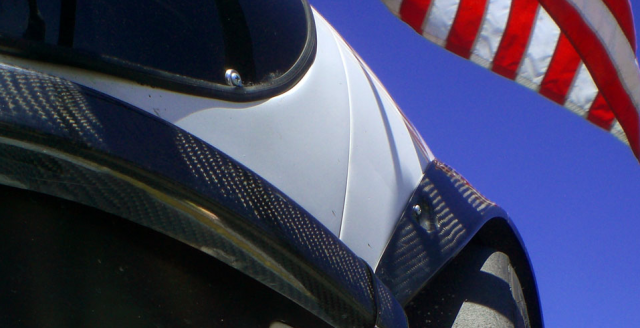 If you couldn’t tell, this is possibly the most extreme photo of a Datsun Z overfender that also incorporates the United States flag. Why you may ask? Because July 4th is just around the corner. Even though the United States’ Independence Day lands on a Tuesday, more than likely many Americans are kicking off the festivities by taking Monday off as well. For myself in Japan, I will go to the office as usual but later I will find time to grab a burger and a beverage. Heck, I can even grab some fireworks at the local convenience store. Sadly, I will need to wait for the coming weekend to get my JNC fix. Baby steps to Saturday…

Since I must wait a bit for my plans, I want to ask about your plans. Do you have any JNC plans for the 4th of July? I can even open the question up to encompass this week for those outside the 50 states.

What are your JNC plans this 4th of July (week)?

Plans to take the JNC camping? A car show? weekly detailing? Parts install? The most entertaining comment by next Monday will receive a prize. Scroll down to see the winner of last week’s QotW, “JNC Challenge, Part 07” 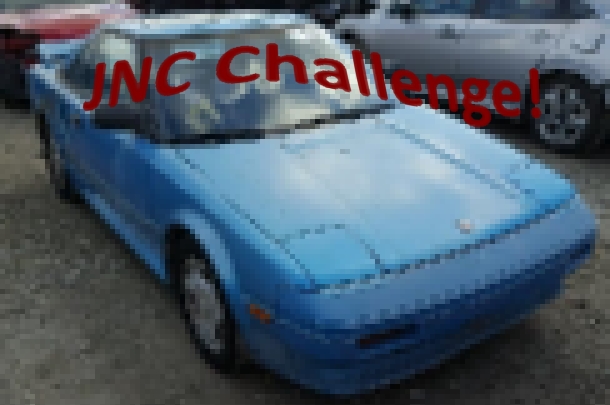 Last week we learned that the new JNC challenge vehicle was a 1986 Toyota MR2. We made a great buy and thus, found ourselves with some spending cash ($1500!) to get it back into fighting shape. You all considered how to get the 31 year old in good working condition with a few upgrades.

Nathan keenly identified the rust cancer as a big problem that needed to be addressed. He also recognized that it will take more time/money to get a handle on those rusty fenders, and we agree. It would be best to start tucking some cash away for a big job like sheet metal replacement.

Stuart Kayrooz schooled us all with a vast wealth of “Adub” knowledge and how replacement parts and period correct upgrades are disappearing from the market as they become more rare than hens’ teeth. The good news is, we have the JNC website and a group of enthusiasts that can help source some parts. We will take Stuart’s advice and get back to you on what we bought to help personalize the Adub on the next installment. For now, congrats goes to Stuart for pointing us in the right direction! (Though, power-folding fogs are going to be way more than $1500. Trust me, I have 2 sets!)

…But I’d go with some period accessories while they’re still at least partially visible on auction sites before they get snapped up – some nice second hand 14″ Watanabes, painted black or silver, maybe some power-folding foglights to complement – nothing too crazy; I’d keep the commonly modified bits as they were when they left the factory – the Supercharged engine cover looks nice but requires modifying either the cover or the lock mechanism placement since the bolt on the lid won’t line up with the non-supercharged models, the JDM rear light conversion requires the JDM lock barrel (and a re-key to the rest of the car) to get it flush (and everyone’s done it now), and as tempting as a 20v 4AGE is, there’s something very 80’s about that red writing on the valve covers…

And then I’d go with a few bits on the inside – a JonO short shift kit, along with brass shifter linkages to firm up the gear change, a period correct Tom’s or TRD steering wheel and a nice pioneer stereo (with a cassette deck, of course) – with a physical EQ occupying the second DIN slot, and featuring enough 80’s green LED buttons to bathe the velour at night…

7 Responses to QotW: What are your JNC plans this 4th of July?