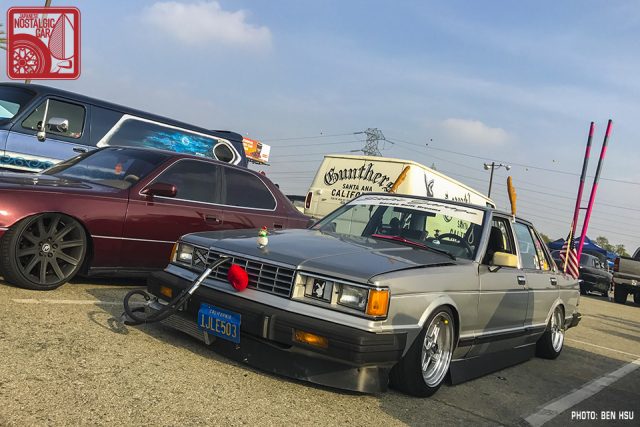 As always, the most entertaining comment by next Monday will receive a prize.  Scroll down to see the winner of last week’s QotW, “What was your most eventful winter holiday trip?” 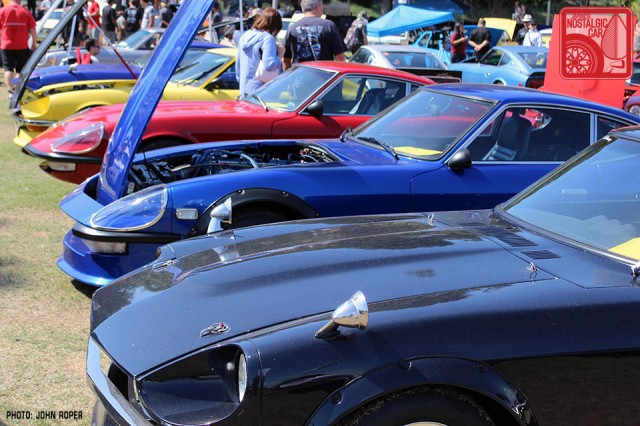 The winner this week is Blue72, with his epic yarn about driving a 240Z through a 10,000 foot pass at night, in snow, on summer tires, with no lights, wipers, or heat. We were all poor in school, but geez, man! Glad you survived to tell the tale.

College life, Thanksgiving break 2007. I had just put a new head gasket on the L24E that came in my recently purchased 240Z (which hadn’t run in many years) and decided to drive from the Phoenix area back home to Southern Utah for the holiday. That’s roughly 450 miles each way. Before leaving I double checked all the fluid levels, bought a spare fan belt, a fire extinguisher, and a spare head gasket just in case. My only shakedown run came the night before I left. It wouldn’t yet pass smog inspection, so I only had a temporary registration tag that was good for 3 days. I really didn’t have any option but to spend one evening driving around the greater East Valley area for about 45 minutes and looking for leaks afterward.

The engine and transmission performed spectacularly the whole way home. Other parts of the car, not so much. I had left in the afternoon (after work) and it started getting dark somewhere around Page. By the time I reached Kanab I knew something had failed. I didn’t appear to have any side marker lights or running lights. I pulled off to the side of the road and tried swapping a few fuses, but to no avail. Just as I was leaving Utah’s Hollywood I passed a Sheriff who was going the other way. I tried my best to ever so slightly ride the brake pedal to make it appear that I at least had functioning taillights, but he spotted me and flipped a U-turn to pull me over. I explained my situation to him, that I was on my way home, somewhere along the way the lights had gone out, and that I’d already exhausted my stock of 20 amp glass fuses. He gave me a warning, told me to keep going only as long as I used my hazard lights the whole way, and reminded me that in the state of Utah, rear bumpers were mandatory, not optional (mine was back in AZ stacked in a corner of the garage together with new brackets). So on I went. I decided to take Highway 14 which passes through part of Dixie National Forest and rises to elevations of nearly 10,000 ft instead of the slightly longer route that stayed much closer to sea level. I had left the adjustment screws on the SU carbs roughly in the same place I’d found them, and luckily enough, even at 9,500 feet it idled quite happily.

As I wended my way through miles of tight turns, a light snow began to fall. I should point out that I had no heater on this journey because the cables weren’t connected and that I had neglected to pack any warm clothes (I was going to school in Arizona for crying out loud, all my winter stuff was back in Utah). The only thing keeping the windshield defrosted was my body heat and the tendrils of engine warmth escaping from under the hood that wouldn’t close tight. Also, the windshield wiper motor was burned out when I bought the car. To make the drive more interesting and involving for me, the headlights decided to fail at this time. There I was, with 30 miles left in my journey, driving in the freezing cold, through falling snow, wearing a suit jacket to stay warm and with socks on my hands because I hadn’t brought gloves, driving by the intermittent orange light of my flashing hazards. I must have looked quite a sight to the two cars that drove past me going the other direction that night. Oh, and did I mention yet that the fuel gauge didn’t work? Yeah, I had packed a full 2.5 gallon can with me in the car and had to drive with the window partially down to get some fresh air and clear the stinging fumes out of my eyes. When I was nearly at the summit of this particular road and less than 15 minutes from home, I looked out my driver’s side window to see some headlights in a meadow. My brain was a little confused by this because I know that there are multiple signs posted in that area warning people not to drive in the meadows. Then I saw that there were tires above those headlights. Now that wasn’t normal at all.

I pulled off to the side of the road and left my car there idling. I ran back to the scene of the wreck to find a young couple about my age picking up belongings out of the snow where they’d been scattered when their Jeep Cherokee had rolled. They were fine, thankfully, but unfortunately, I wasn’t of much assistance. I had no way to try and pull their Jeep back onto its wheels again and had only one other seat in my electrically begremlined car. The Cherokee’s driver told me he thought they hit a patch of black ice and then he lost control. I found the chances a little more than bizarre that an XJ with aggressive offroad tires would wind up rolling that night and not my little two-seat sports car shod in Falken summer shoes.

Fortunately for all of us, a while later a man pulled up in a newer Impala and had space to fit the two of them. They packed a few things in his car and he agreed to drive them back to town and into cell phone reception range. He also let me follow behind him (he had working headlights after all). And so we all made it down the mountain safely that night. Needless to say, I made the return trip to Arizona during the day.

I also ran out of gas on the Reservation on the way home after miscalculating some distances. Got to hitchhike my way to a gas station in Tuba City with a local guy who was nice enough to wait for me to fill my 2.5 gallon can and then drive me the 5 miles back to my car. Good times.

18 Responses to QotW: What are you asking Japanese Santa Claus for this year?