After a grueling year, the year-end holidays are hopefully a time when we can all wind down and relax. It’s also a time for hope, and a time when we traditionally ask what you’d request from a magical man who can conjure up any present your heart desires. After all, Japanese Santa Claus rides around on a sleigh that looks like a flying Honda S800 but has a Tardis-like trunk that’s bigger on the inside than the outside. Contained within are any JDM car part you can think of, the rarest diecasts, entire classic automobiles, and even abstract concepts such as world peace.

The most entertaining comment by next Monday will receive a prize. Scroll down to see the winner of last week’s QotW, “Which car should receive the factory restoration treatment next?” 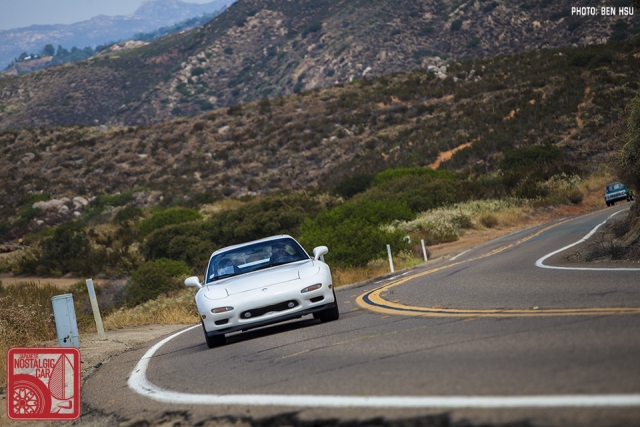 We had a lot of great answers this week, some realistic and some pie-in-the-sky, but that’s the fun of these questions, right? The most realistic suggestion was probably Lee L’s DC2 Integra Type R, since Honda already has a program for the NSX and the DC2 seems like it would be the next logical step. There were niche sports cars like charlie bigsby‘s Sports 800 or Crank_case‘s Suzuki Cappuccino, and cars straight out of left field like banpei‘s Mitsubishi Galant AMG.

We also appreciated the non-garage queen cars like dankan‘s recommendation of the AE86 and S13, or Hector‘s suggestion of the first-gen RX-7, AE86, and CRX. F31Roger didn’t just suggest a car, but the concept of the historic machines that made the brands they represent.

There could only be one winner this week, though, and it to be Lupus, who pitched the FC and FD Mazda RX-7. A few days later, Mazda announced a heritage parts program for those exact two cars! You can’t ask for better timing than that.

Mazda FD & FC. Due to it’s engine’s uniqueness. And they’re both wonderful cars.
And A80 Supra. Because most of them had been modded in some way, some with hi-class gear & good taste, some with plastic junk and putty.

16 Responses to QotW: What are you asking Japanese Santa Claus for this year?