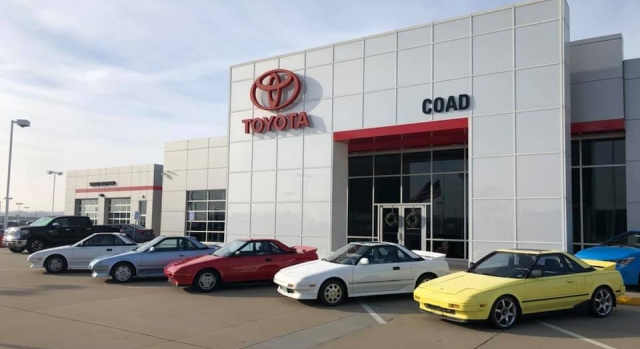 Sometimes you just have to part with your beloved automobile. Whether it’s financial hardships, a life change, the fact that you’ve simply done all you can do, or a simple loss of interest, it’s time to pass it on to the next owner. Or, there are those of us who will never let their cars go. We want to hear your best JNC selling stories, whether they be joyous or painful or another emotion. Or, tell us why we should never, ever sell.

The most entertaining comment by next Monday will receive a prize. Scroll down to see the winner of last week’s QotW, “What’s the best use of a JNC in cinema?”

The best part about the answers this week was that we now have many more films to add to our viewing queues. Apparently, there are many more movies with JNC content that we’d never heard of, like Banpei‘s suggestion of Toki o Kakeru Shōjo (The Girl Who Leapt Through Time), Tj‘s pick of The Big Steal, or Clay‘s recommendation of The Boatniks, which we’re pretty sure is a joke vote.

However, the winner was a movie that we can’t possibly recommend you actually watch. We’re honestly a little surprised we hadn’t heard of this scene, as the movie isn’t that long ago or that obscure. Apparently, it really was that bad. Thankfully reader Keith Measures supplied a clip (above) so you don’t have to sit through the whole thing.

The movie is just god awful, by no means should anyone ever ever ever watch it but the use of the AW11, CRX and the FC Rx7 in 2015s Fantastic Four is the one part of the movie that should be recognized. Like i feel someone in the production of this movie just snuck this in because they love the cars or something. None of the glitz or glamour like in F and F or other street racing movies, just some kids racing their cars. To me it feels way more authentic than most films

Also more props to it for using real 4age sound clips, whereas most use generic 4 cylinder sounds. Even the CRX sounds like a Honda off the line.

12 Responses to QotW: Share with us your JNC selling stories