Welcome back everyone to our QotW challenge. As a refresher, we started off this challenge by tasking JNCers with buying a reliable JNC for $2,000 or less. As a result, the Honda Shuttle came out victorious. Next, despite getting offers for a first-gen RX-7 and an Isuzu Impulse, you all made it clear that we needed to hang on to the plucky Shuttle to fight another challenge.

Later the Shuttle was given a new purpose in addition to being a reliable chariot: Gymkana warrior. After the 4th installment of the QotW challenge, Randy suggested the Shuttle get a good set of tires while taking note of the suspension situation for future upgrades.

Well, we did indeed take the Shuttle out to a gymkhana and the thing dove into the corners and wobbled out as the tires held up but not the crusty suspension. A set of bushing are definitely in order!

Now, for the challenge. We have a reliable, newly-shoed Honda Shuttle. Some of the interior is still yanked out from the gymkhana (and really, who are we kidding. It will most likely be out for a while). The gymkhana was fun, but now we want to push the endurance of the Shuttle by taking it on an extended road trip. Let’s say we are starting in sunny California, and have 1 week (7 days) to make the trip, where do you go? How do you prepare? You will have two friends accompanying you as well.  They are not mechanically inclined but can “kinda” read a Rand McNally road map.

We have a budget of $600 and that includes food, lodging (if needed) and parts/upgrades for the trip. (excludes fuel, this time). Be creative and you can go as far, or close as you see fit. Give an account of how 3 people set off together on a grand tour, err.. adventure!

The most entertaining comment by next Monday will receive a prize. Scroll down to see the winner of last week’s QotW, “What JNC model has been most consistent?” 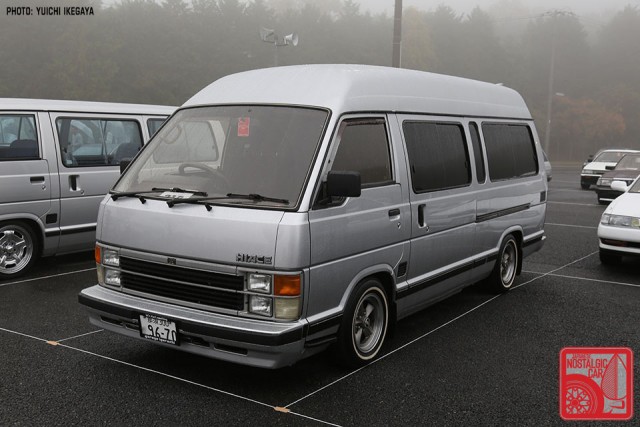 Last week, we asked you about model consistency. There were plenty of compelling bids for Honda such as Blitzpig’s nominee of the Civic or Mike’s suggestion of the trusty Accord. Both are shining achievements of Honda’s engineering of vehicles made to last.

Alas, this week’s QotW goes to another Maker all together. Kane, out of nowhere, came in for the closer by suggesting the Toyota HiAce as a consistent machine over the years. I really cannot add more to his post other than to say he’s right on the money. From their inception to even now, the line-up can satisfy everyone’s needs from commercial package hauler to luxo-van for the posh family. For me, I prefer the stripper model so I can load up the back with tools and tire sets! In any configuration, the HiAce delivers in price, customization and style that’s unmatched by other maker van offerings. Congrats Kane!

I would have to say the Toyota Hiace.

In my opinion now matter how old or how new, They simply look great. They will always be extremely useful, If there carrying goods or people there is no way that they cant do there job. Along with Toyota’s legendary reliability, You cant go wrong.

I have always loved them as a vehicle, And I believe they don’t always get the attention they deserve. I use to have a 1995 model and I would like to get another one some day.