Update: Hi folks, sorry for not updating Monday’s QotW earlier, I was on assignment at Mt. Fuji for an interesting project that  I cannot disclose yet. In the rush to get out the snow-capped icon, we left the actual QotW on the workbench. Never-the-less, the QotW challenge part 4 is below:

After juggling offers from your two admirers of the Shuttle, you decide to keep your chariot and instead give gymkhana a go. Knowing that we still have that $350 in our pocket, how would you prepare the Shuttle for its maiden voyage on the tarmac? The gymkhana event is going to be in a conned off parking lot on a Sunday, and you will need to make sure you can leave the in one piece. The tire are worn, but not bald. The suspension is functional, but soft. The engine runs, but let’s face it, it’s no rocket. So tell us:

How do you prepare the Shuttle for a gymkhana event with $350 in your pocket?

The most entertaining comment by next Monday will receive a prize. Scroll down to see the winner of last week’s QotW, “QotW Challenge, Part 3“.

Below is the original post leading up to this week’s QotW:

Welcome back to the fourth installment of the JNC challenge. If you’d like to catch up, please start with Part 01. Last week, we gave some of our readers who have been feeling lackluster about our trusty, runs-and-drives Honda Shuttle. We postulated a trade involving an RX-7 and a Isuzu Impulse; both with some issues to keep it interesting.

The responses were surprising to say the least. It seems some of you have warmed up to the ‘lil Shuttle that could. While others hemmed and hawed about how to take on a rotary or turbocharged car that’s getting long in the tooth. Still, as JNCs get older and older, the choice of owning one involves more inherent trouble areas.

But, let’s see how we did. Since we can at least appreciate all JNCs and are not too biased marque-wise, you decided to take a look at both vehicles offered. 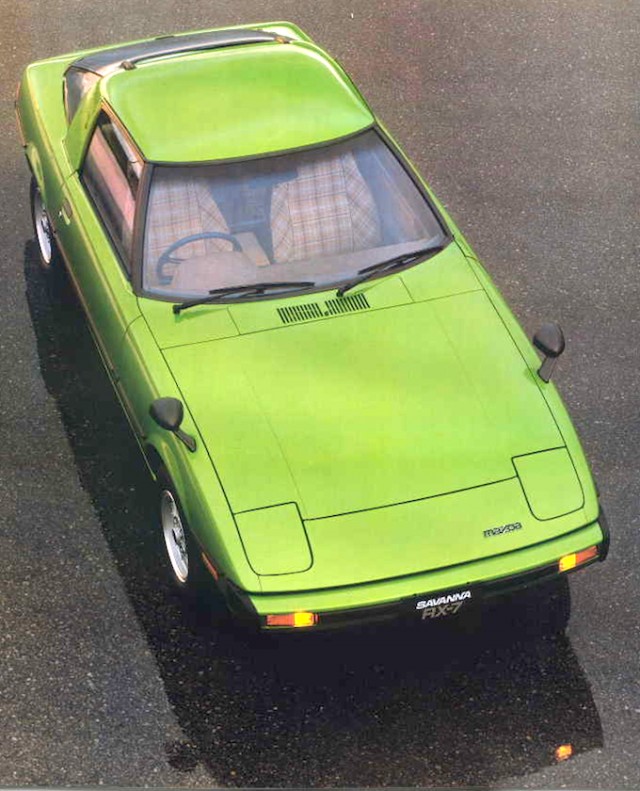 Upon pulling up, you find the owner “Mike” topping up the oil. You have a brief chat about the car’s history, how it had only one other owner and that Mike has tried to keep up repairs and maintenance on his own. During the test drive, you are pleased that it handles okay (no loose wheel bearings) and sitting a few inches lower than the Shuttle. But, its a 3/10 in the looks department. Robin was pretty much dead-on with the paint: faded (something that could be freshened up as Randy mentioned) but it had signs of chipping and a few splits where rust has moved in. Still not a deal breaker but the hole in the exhaust meant an immediate trip to the shop and some cash dropped on a patch or new exhaust. With the oil needing a quart “here and there,” we decided to pass, but not to burn our bridge with Mike.

Owner “Dave” meets you outside a local big box store over the weekend. He is eager to talk about your Shuttle but you try to steer the conversation back to the Impulse. The silver paint has signs of clear coat chipping on the hood, roof and rear hatch but everything else is fine, including the red pin stripping the dealer added at time of sale to show how sporty it is. Tires are nearly gone, but we knew that. The interior is cloth with grey inserts, bolsters in black. The seats have burn marks (previous owner a dedicated smoker) and has signs of actual mold, possibly from the passenger side electric window not wanting to roll up completely (99 percent of the way!).

Advertisements back in the day proclaimed the dash was “a command center” and they weren’t kidding. This thing has all the switches and buttons in the world. What does this cluster toggle switch even do? Under the hood, the turbo is indeed equipped with several feet’s worth of factory plastic ducting. During the test drive (after Dave gets his test drive with your Shuttle) you think the engine is fine, handles okay, but it’s a little gutless. Maybe that 65k-refreshed engine needs another look, or you just got used to the Shuttle’s FF configuration or rowing your own, but the drive doesn’t suit the exterior Italian design. If it was in a pristine shape, it would be an easier get. but, as Speedie mentioned, finding parts for one needing work is gonna be tough unless you have a Japan connection (you don’t) or have plenty of cash to order parts from various parts of the globe (you wish). 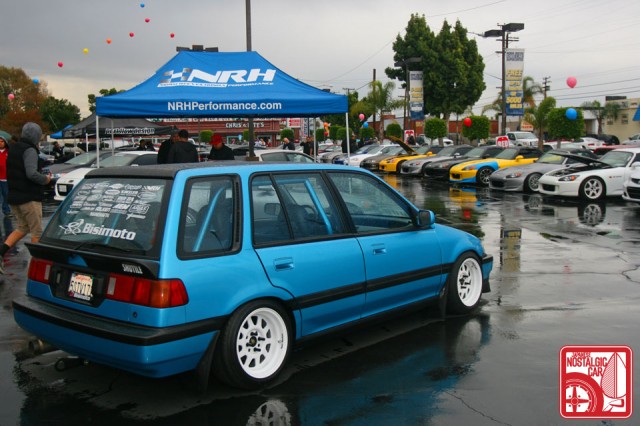 So good news Bob! Your prized Shuttle is safe for now. As you may be proud of keeping this Shuttle around, you are unfortunately not the winner for this week.

The winner goes to Jacob for his suggestion to keep the Shuttle, enjoy getting to know more about it and bond with friends:

Option 3:
Next month rolls around and its a Friday. You get off work, drive a few hours with your buddies to the neighboring state to go to the auo-x event. you make it there with no issues besides your buddies miata over-heating because he bought a cheap thermostat, but your civic is great. I mean, you drive it every day to and from work everyday so it has to be solid. Saturday morning comes and you get to spend the day beating on the civic. Its not the fastest out there, but you’re having a blast. The event ends, and now that money you would have spent fixing the rx7 or impulse, you can spend on a few extra beers at dinner with your buddies. You drive home Sunday, and back to work Monday.

That option sounds pretty good to me, so I think we have a winner.

Plus I mean, parts are dirt cheap, everyone loves them, and they look so sick lowered on some CCWs or other vintage wheels.