QotW: Just the tip of the iceberg, or last of a dying breed?

Last week we saw several nice Hondas come out of the woodwork, including newfound appreciation for a Mugen CRX Si with customizing styles way ahead of its time.

Are these just the tip of the iceberg, or last of a dying breed?

It’s a truth as old as the ages: Any Honda with even the slightest hint of performance pedigree has been snatched up and customized, thanks to their affordability, Old Man Soichiro-infused driving dynamics and complete lack of resemblance to modern Hondas. Some have been modded tastefully, some not so much.

We don’t have a problem with putting personal touches on Hondas as long as stock ones continue to exist, and in great enough numbers that the occasional errant beech tree attack won’t dwindle their numbers by too much. Did we just see a few unicorns, or are there more, squirreled away in garages waiting to cross the auction lines at Barrett-Jackson 2020?

What say you, dear reader? As always, the most entertaining comment by next Monday will receive a prize. Scroll down to see the winner of the last QotW, “What’s your greatest JNC tragedy?” 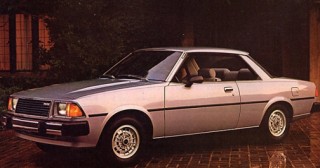 We asked you to make us weep this week, and boy did you. Our tear ducts are bone dry after hearing your tales of loss, whether from bad judgement, idiotic relatives, or carelessness from other drivers. However, Ben (not me) came at us with the most heart-wrenching yarn.

My tale is a sad one.

I had a 1980 series one 626 from about 1997 through to its untimely demise in late 2000. I spent all my hard earned apprenticeship wages on it fixing the body, getting it resprayed the factory silver and rebuilding the 2L MA motor. I loved that car.

Until the day my, at the time, girlfriend decided she would take it to work. She was happily driving along when a Corolla wagon traveling the other direction decided to cross the white line in the middle of the road, leaving my gf nowhere to go except into a head on collision at 80km/h. This totaled the car, as well as my gf.

It was 3 days until the doctors could tell us wether she would survive, and a further 5 years of reconstructive surgery before she was back to “normal.” I have since made this awesome specimen of human determination my wife. However the 626 has been lost forever.

permalink.
This post is filed under: Question of the Week and
tagged: honda, QotW.

8 Responses to QotW: Just the tip of the iceberg, or last of a dying breed?