QotW: If you could only drive one car for the rest of your life, what would it be? 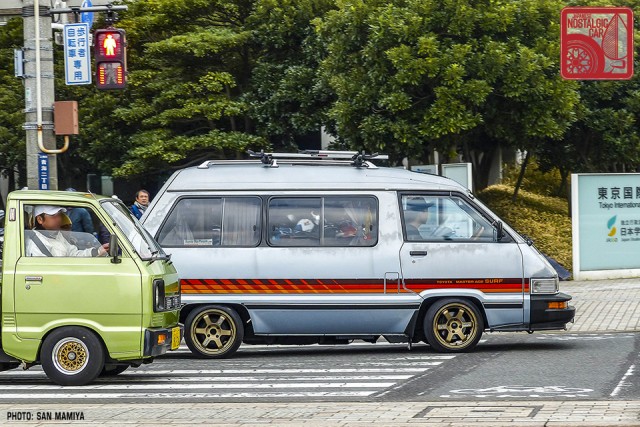 So here’s the situation. You can pick one car, any car, but it’s the only car you can drive for the rest of your life. Money is no object, but you can’t choose a 2000GT so you can sell it and use the money for 50 other cars. You can never sell this car. And you can never buy another one. If you’re going to live the rest of your life in bachelorhood, then go ahead and get that 2000GT! Otherwise, if you have a family you might have to compromise and go with a MasterAce.

If you could only drive one car for the rest of your life, what would it be?

What say you, dear reader? As always, the most entertaining comment by next Monday will receive a prize. Scroll down to see the winner of last week’s QotW, “What’s your most heartwarming JNC story?” 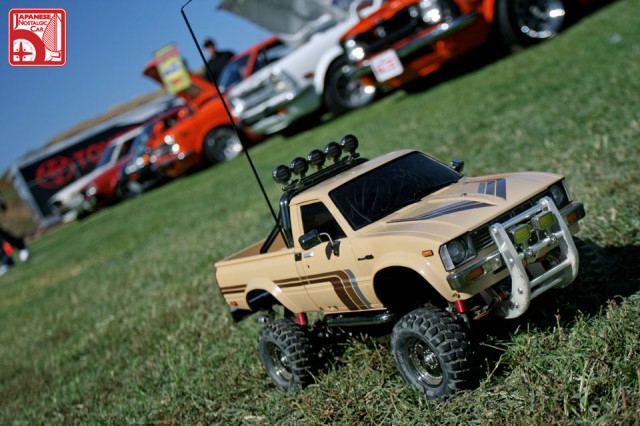 Well, what we learned this week is that the world is a cold and unforgiving place, because never has a QotW received fewer answers. There are no heartwarming tales in JNC world! In fact, we had more readers congratulating the previous week’s winner than answering the actual question. As such, the winner is Joey Katigbak, who not only had a nice story, but no competition either:

Not sure if this is the right place for it, but here’s my story, I came to the United States from the Philippines in the early 90’s and was always a Toyota fan from the get go. I think that to that point, all we ever owned were Toyotas and I wasn’t about to change that.

The first car I’d purchased was a ’91 Toyota 4WD pickup. A nice little red 4-banger with a 22RE that was my pride and joy. I bought her from an office mate who was being issued a company car and wanted to part ways with it. I loved this car for many reasons, so I’d taken her everywhere. I even took her 4-wheeling in the mountains near Tahoe a couple of times. Heck I even dated my wife in it until we were married. That truck took us everywhere. We went camping and saw races in Napa and Monterey so much, I’d forgotten we had other cars I had to care for as well. She also was my project car when I decided to take a shop class in automotive body repair.

Because of that she became a garage queen for a while but every time I had the money, I would remind her how much she meant to me by getting her nice parts and keeping her as updated as I can. I got her a nice cold air intake in preparation for the time I could afford a snorkel and a set of LCE headers when someone stole the catalytic converter at the train station. She was a workhorse whenever we moved. She helped me move three times to our current home.

I owned her for over 20 years and even when it seemed like I should sell her like my wife said, I would always find a reason not to. I told her I would never do that. 🙂 I’d sell other things (hint) before I do that. I never once had to take her into a shop for any mechanical repairs. I would do all the work myself, heck I even changed the clutch and transmission myself!! A project I thought I would never get done.

Well, a couple of years ago, I was diagnosed with cancer which put me off for a while. My truck remained parked in front of my house while I recovered from all the chemotherapy, radiation therapy and surgery I had to undergo. I forced myself to recover saying I would get back behind the wheel of my truck soon each time I looked at it from the living room window where I rested.

A few months ago, I finally was able to get up enough energy to bring my baby back from her long sleep. The day we finally took our first drive was like coming back to an old girlfriend. I cleaned her up and changed her fluids and when I started her up for the first time, it was like she just came back from a long trip and was ready for more. I even wondered what on earth can happen to us from here…

Well, the answer to that question came fairly soon. One rainy day this last December, I was on my way home from the hospital. I’d stopped by the parts store to check on what parts were available for a project I was planning. A heavy downpour had just stopped and the roads were slick so I made it a point to keep alert. So, as I was coming into this intersection, I noticed an orange car coming my direction and had stopped. I saw she had a yield and I knew I had the right of way. There was a car stopped to my right waiting for me to go by. As I came into the intersection, the driver of the orange Corolla ran into the intersection which made me slam on my brakes. As I did so, I told myself there’s no way I wouldn’t hit this car and was using every 4-letter word in the dictionary that came to my mind. I inadvertently hydroplaned into the front right quarter of the offending vehicle and hoped for the best.

I immediately ran out of my truck as soon as the whole incident happened and went to check on the other driver. She had tapped the driver waiting on my right after the impact who was yelling why she didn’t wait for me to go by… and “he had the right of way!!”

Well, thankfully she was okay and unfortunately for her, she had admitted fault to the incident. My baby suffered major damage to the front RH side and the bumper came in enough so that it had wedged itself on my BFG’s. I tried muscling it back enough to be able to drive it, but my muscles are no longer as strong as they used to be. When the tow truck guy came, I told him to help me pull the bumper back a bit but no amount of muscle ever did get that bumper to move.

I had her towed home and reported it to my insurance. Because the other party had admitted fault, all I had to do was wait for an adjuster and see what they would offer me to repair the truck. In the meantime, I asked around for quotes to see what it would take to resurrect my baby. Unfortunately, because of age, insurance only offered me $5K and the best thing I could do under the circumstances was to finally give up the ghost on my beloved truck.

33 Responses to QotW: If you could only drive one car for the rest of your life, what would it be?