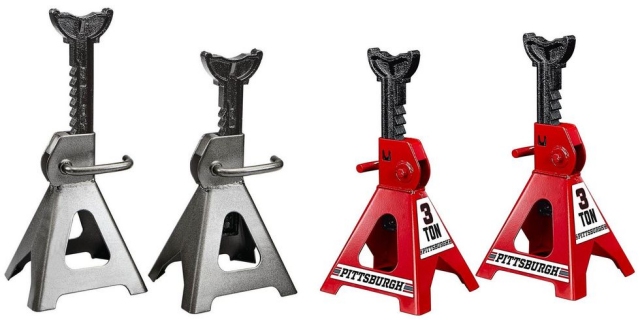 A couple of months ago, Harbor Freight Tools recalled a bunch of their jack stands. Those 3-ton and 6-ton units were under risk of collapsing due to a manufacturing defect that could cause the support pawl to become disengaged. 1.7 million sets were recalled, and some of those customers who returned the defective stands were given replacements. Now those replacements have also been recalled. 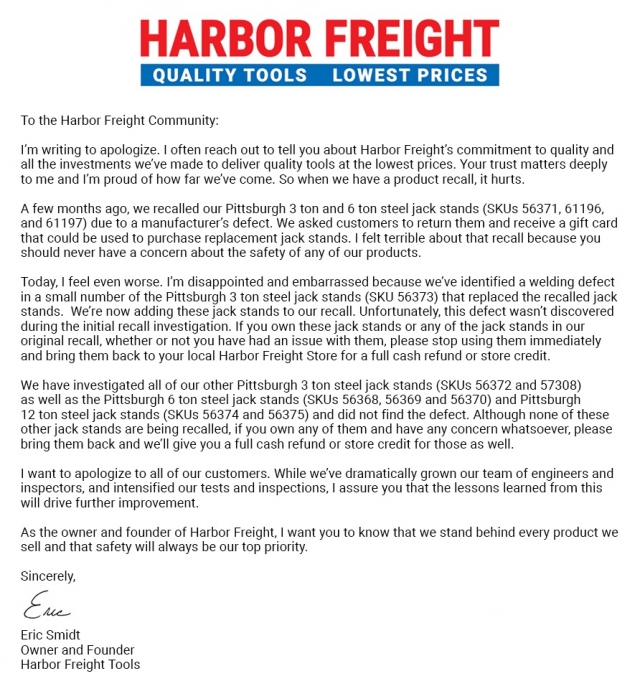 In a statement published to Harbor Freight’s Facebook page, the company’s owner issues an apology and says that 3-ton jack stands with part number 56373 are being added to the recall list. These may suffer from a welding defect that could cause them to collapse. If you have these, stop using them immediately.  Harbor Freight will issue a cash refund or store credit to anyone who brings them in.

It’s probably not a good idea to use cheapo jack stands at all, but these days it’s hard to know if more expensive units aren’t being made with the same quality control. We will reiterate what we said last time. It’s probably best to put a backup support if you’re getting under the car at all.