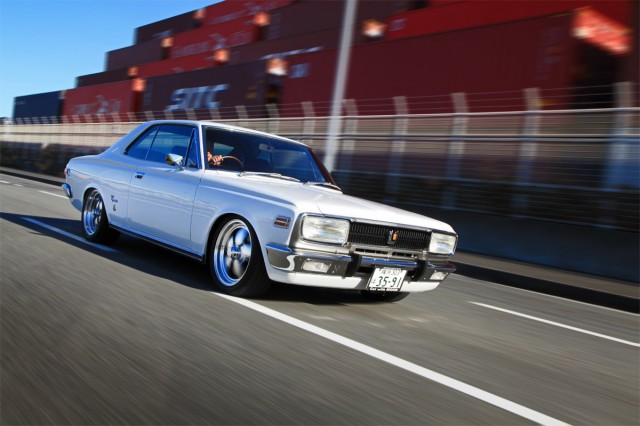 With 14 consecutive generations and counting, the Toyota Crown is the standard of Japanese sedans. In its 58 years of continuous production, it’s inhabited many guises — saloon, wagon, pickup, ambulance, and even police pursuit vehicle — but the most glamorous of them all is undoubtedly the two-door hardtop. Many of these cars would probably be forgotten, too, if it weren’t for our friends at Mooneyes, who nearly single-handedly started a Crown renaissance. 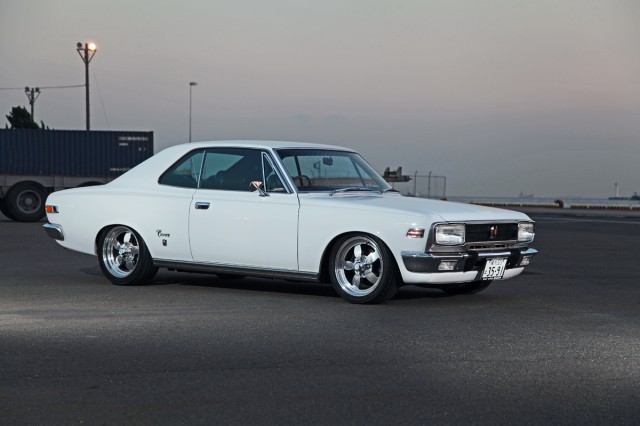 For its first dozen years in production, the Crown was fairly unremarkable. The first generation famously flopped in the US, and the second generation was saddled with somewhat unadventurous styling that couldn’t out-snazz the cheapest of American compacts. Still, they were considered as unimaginably grand to the average Japanese consumer, who was barely getting by with two-stroke kei cars. 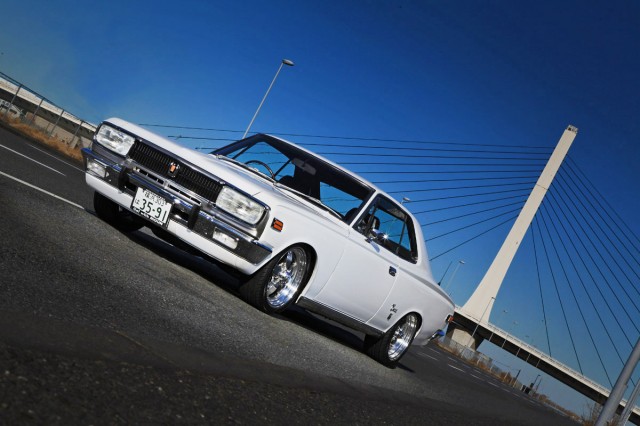 The third-generation Crown was markedly better all around, but it was in 1968 when Toyota pulled the wraps off the MS51 that minds were blown. Here was a big ass, deluxe machine loaded with all the prestige and chrome you could ever want, and it had only two doors. What kind of excess was this? And let’s not forget, it was stunning. 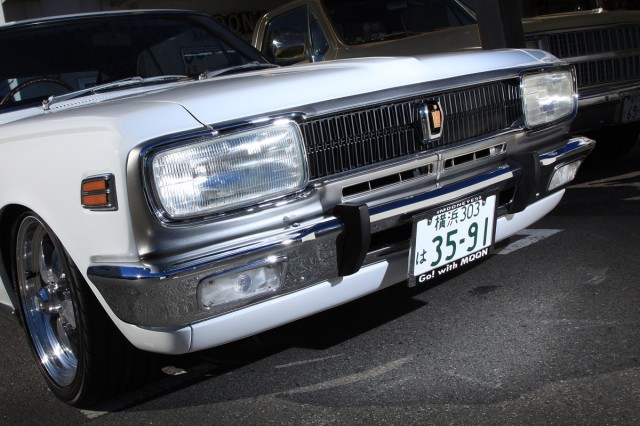 While nearly every other car sold in Japan had the same round sealed beam lights that had basically appeared on cars unchanged for decades, the MS51 sported rectangular lamps. Its sleek, pillar-less profile gave it an air of elegance few Japanese cars at the time could match. Its hero color, white, was a blatant rebellion against the trademark black that town car Crowns had been painted since the model’s debut in 1955. It gained the nicknames “shiroi Crown” (white Crown) and “High Life Crown”. 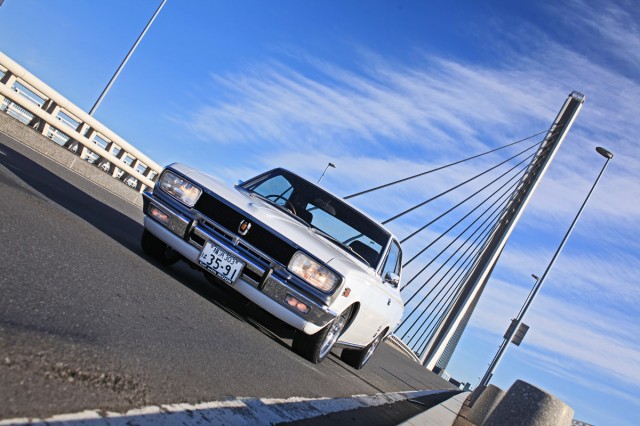 Fast forward 45 years and the MS51 is still gorgeous. However, climb behind the wheel of an S50 Crown and you’ll feel its age. Handling, or lack thereof, can be scary to say the least. It’s wobbly and floaty and you’d more road feel from a barstool on a dog sled. Mate that to a stock M-series motor, capable of 125PS at its highest option level, and driving one on modern roads can be a dicey situation. That’s where Mooneyes comes in. 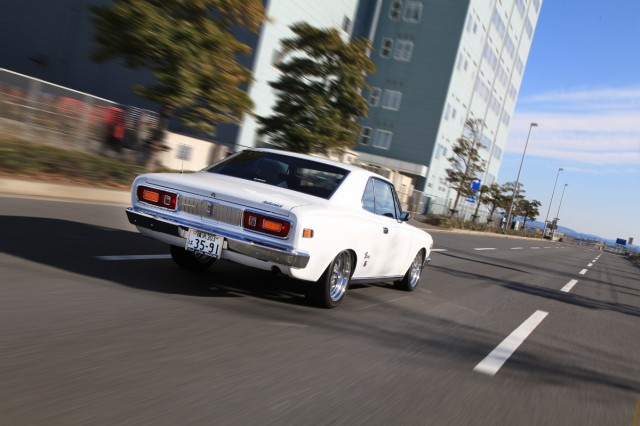 Shige Suganuma’s hot rod parts and accessories shop from Yokohama has long been an advocate for the coolness of the Crown. Via their Crown Classics arm, Mooneyes has championed the rescue, restoration and rodding of what were once considered old Japanese hoopties. For many Japanese enthusiasts, resto-modding the Crown is the only way to make them livable and safe to drive on the country’s high-speed expressways. 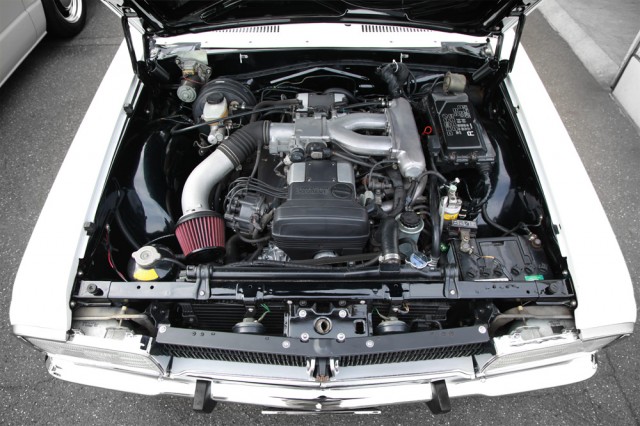 If one were to modernize a Crown in the US, the likely engine candidate would likely be a 5M or 7M from a Cressida or non-turbo MkIII Supra. They’re plentiful, cheap, and even stem from the same family of straight sixes. In Japan 1JZs grow on trees and it’s Mooneyes’ engine of choice. (A few years ago we took the Mooneyes’ 1JZ-powered S50 Crown sedan to Fuji Speedway, and it was unforgettable). 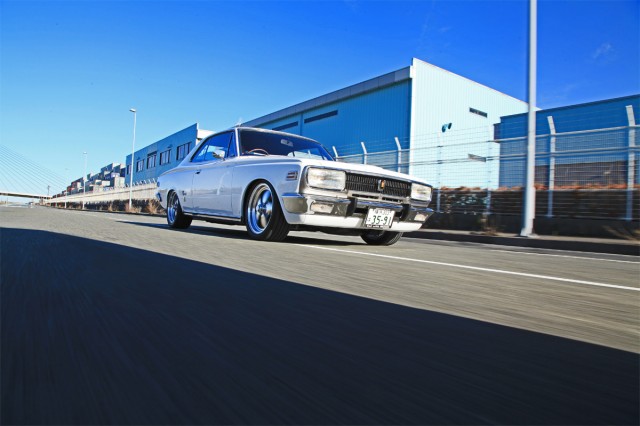 In this case, the 1JZ came from a S130 series Crown, built from 1987-99, along with its 4-speed automatic. While they were at it, pretty much the entire front end was also swapped with the S130, taking all upper and lower control arms, front spindles, and links to the power steering gear box. The power brake unit, too, is from an S130, now supplying the stop to front discs and rear drums. 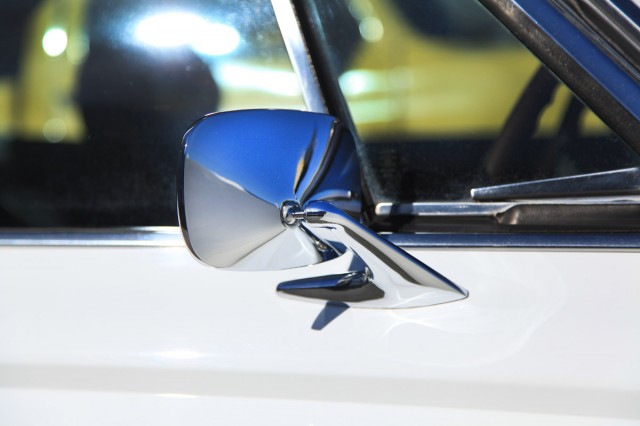 The rest of the car received a full frame-off restoration, all the shiny bits re-chromed and the exterior painted in a gleaming white. Its fender mirrors were replaced with Mooneyes GT door mirrors for that blend of American and Japanese style the shop is known for. 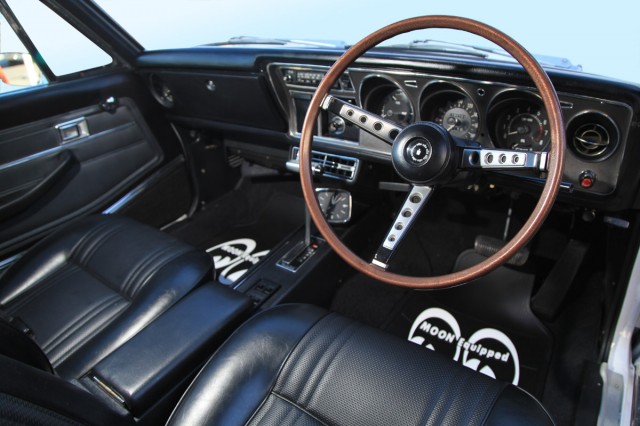 The interior of the Crown was in excellent shape to begin with, so all the door panels and rear seat side panels are original. This particular car also came with optional power windows from the factory. MS51s had this sports steering wheel and in-dash tachometer.

Of course, as is typical with older Japanese cars, the dashboard needed replacement. The new one is a reproduction part made by Mooneyes. Behind it, the air conditioning is was taken apart to install a newer Japanese kei car AC unit. The seats, carpet and weatherstripping had to be redone as well 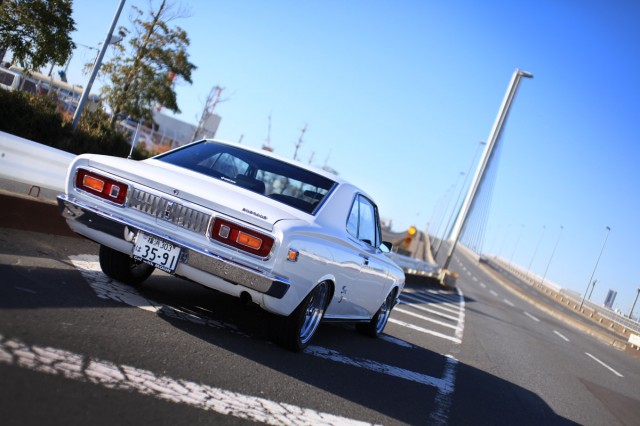 On the aft end, the original power trunk (turn the key counterclockwise and a solenoid pops the trunk open) still works and the trunk mat is still in place. The notorious gas tank rust had eaten away the top half, so that had to be rebuilt.

However, the original radio and and power antenna were restored for the sound system. This power antenna at the rear quarter is a rare and nice original feature for a car of this era. 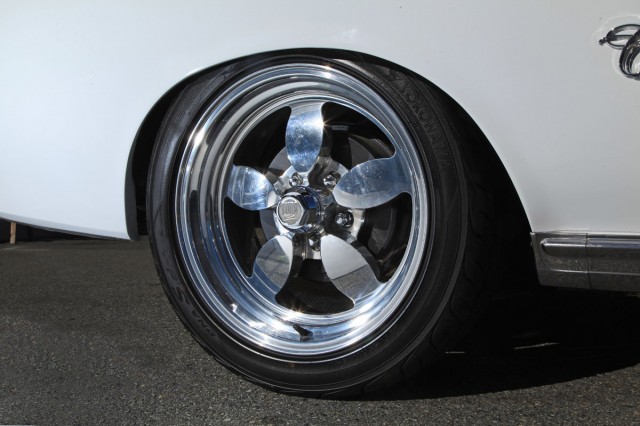 The wheels are Mooneyes originals, 17×7 up front and 17×8 on the rear. It may look like a quick slam job, but the differential case had be narrowed to fit the rear wheels to get just the right tuck Japan’s Mooneyes crowd goes crazy for. 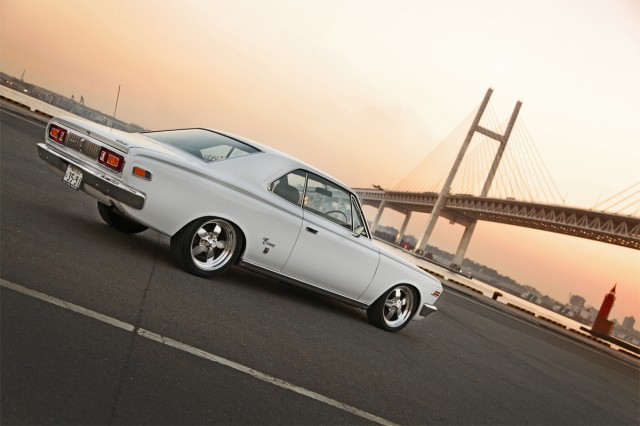 Sadly, the two-door hardtop body style hasn’t seen production on a Crown since the end of the S110 generation in 1983. But for a brief while Even sadder, the MS51 was never sold in the US. Then again, that opens up an opportunity for stateside Toyotaku looking for a heart-stoppingly gorgeous classic that’ll outshine their rivals from Nissan and Mazda. Live the high life.