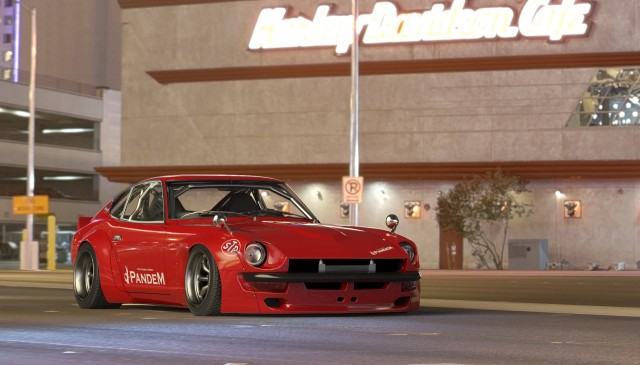 Rocket Bunny has released a new kit for the S30 Z. The Pandem kit takes the widebody look that head honcho Kei Miura is known for and applies it to the OG Japanese sports car. 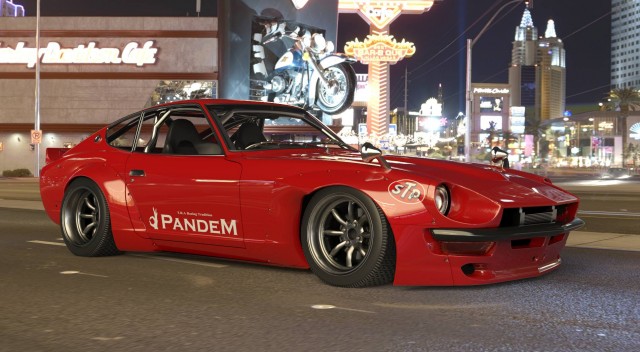 For years parent company TRA-Kyoto has been known for their trademark widebody kits like the 6666 Customs S13. In more recent times, we’ve seen a neo-bosozoku boom on everything from the Toyota GT86 to Lamborghinis and everything in between.

We like how the kit is aggressive while keeping the beautiful lines of the S30 largely in tact. S30 Z body kits have been tried before, but you can’t just throw a bunch of new school tuning aesthetic onto a classic car and expect it to look right. The key is subtlety. In this case, the side skirts especially integrate smoothly into the original rocker panel shape, and the front lip’s vents are just small enough to not distract from the Z “face”. 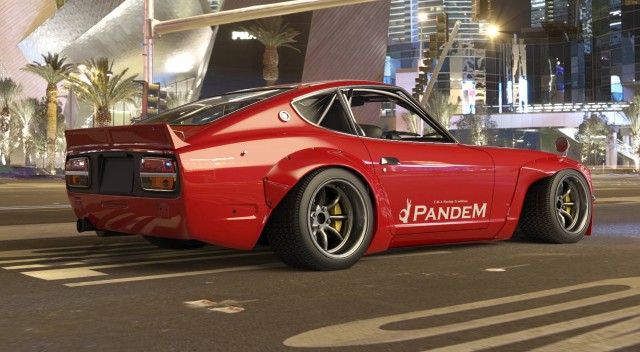 Massive flares are an old school Japanese staple, but Rocket Bunny does a great job of putting their own take on it with the cut off rears. Most importantly, it retains that exposed-screw look that is so integral for a nostalgic feel. The ducktail spoiler and bumperless rear looks badass on any Z.

We wouldn’t slap it on a super clean Z, but if you already have a project too far gone to be 100 percent original, this would be a mean suit for it. Look for the US debut of this kit on a particular 240Z project headed to SEMA this year.