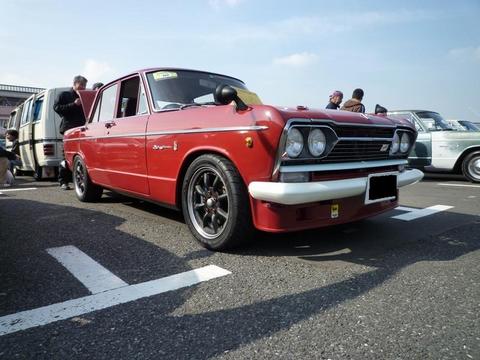 You know what, we really don’t see enough pre-hakosuka Skylines either. Here’s a Prince Skyline 2000 GT from the New Year Meeting. Would you believe these were raced against the Porsche 904? Though it swept 2nd through 6th at the 1964 Japan Grand Prix beating Japanese and British entries, it lost to the mid-engined Porsche. Which motivated a slightly more aerodynamic Prince R380 the next time around.

8 Responses to The First Sporting Skyline