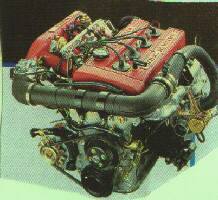 It’s not often here at GrandJDM that we do a feature on just an engine but the FJ20 motor deserves special mention. Built for only a few years in the early 80s, the FJ20 motor was unique in that it was purpose designed as a sports/competition engine only. Unlike other series of Nissan motor like the SR, CA or L-series, there was no “cooking” model of the FJ20 that powered the economy or family models of the range. Only the sporty Skylines and the Silvias got it, and no other model did.

If this reminds you of the legendary S20 engine in the original GT-R, then that’s fine.

It also helps that there is a healthy amount of myth and rumour about the engine. The best of which was that it was designed as a 1.5L turbocharged F1 engine which was then shelved when Nissan abandoned its F1 ambitions, and so the FJ was bored out to 2.0L and pressed into use in production cars. While this story is a good one, it’s unlikely to be true. 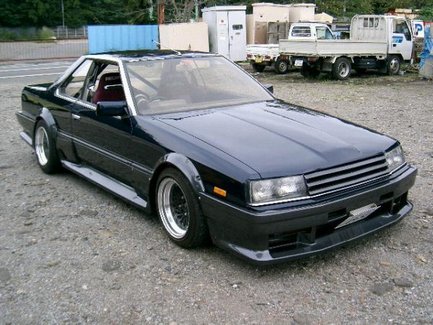 The FJ20 debuted in the DR30 Skyline in 1981. The previous generation of Skyline, the C210, had been served by the venerable 6cylinder L20 motor, whose basic architecture dated back to the 1960s! In C210 guise the peak of L-series factory tune was to be found in the GT-ES, which had the L20ET: a 2.0L which had an injected, non intercooled turbo to boost the Seibu-Keisatsu mobile to the tune of 145hp (Japan’s very first production turbo engine in the L20ET, no less).

However, the 70s had not been kind to the Skyline, and as the decade dawned into the 80s, the L20ET could barely push along the heavyweight 1250kg, mobile disco-ball C210. So the DR30 series Skyline was intended to return the Skyline back to its sporty roots. Upon its release, the JDM press quite kindly compared it in spirit to the old Hakosuka C10 Skyline: the DR30 had shook off the excesses of the 70s and came back wider, lower and most importantly…much lighter. 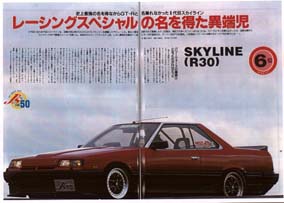 But back to the engine. The new Skyline brought with it the 2000RS model, which was powered by a normally aspirated FJ20. A twin cam, 16 valve 2.0L with sequential fuel injection, it pumped out 150hp, and the normally aspirated Skyline RS easily outperformed its turbocharged C210 predecessor. In terms of its market rivals, the FJ20 was well ahead of its main rival Toyota, whose injected 1800cc 18RG (which was only 2 valve) powered the Celica to the tune of only 135hp. The FJ20’s four valve per cylinder layout worked wonders with enthusiasts who still remembered the legendary 4 valve S20 engine in the C10 Hakosuka GTR, and JDM magazines of the time pronouned the FJ20 to be Japan’s best sports engine. Nissan clothed the engine with respect, and the 2000RS was an appropriately motorsport-friendly stripper, coming in at 100kg lighter than the regular family Skylines (it didn’t even come with a radio). 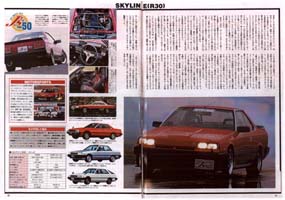 The reign was only a short one however, because a year later, Toyota rolled out the 3T-GTEU motor, which had 160hp from an unusual layout: 1.8L, 2 valves per cylinder and 2 plugs per cylinder. Nissan responded in 1983 with the 2000RS-Turbo: powered by the FJ20DET, which added a Garret AiResearch T3 turbo (but no intercooler) for 190hp, making it Japan’s fastest production car. A year later an intercooler and a revised turbo was added for 205hp. This model was called the RS-X Turbo-C and gained distinctive new nose sheetmetal (which earned it the “Tekamen” or Iron Mask nickname…for obvious reasons).

But what of the competition aspect? 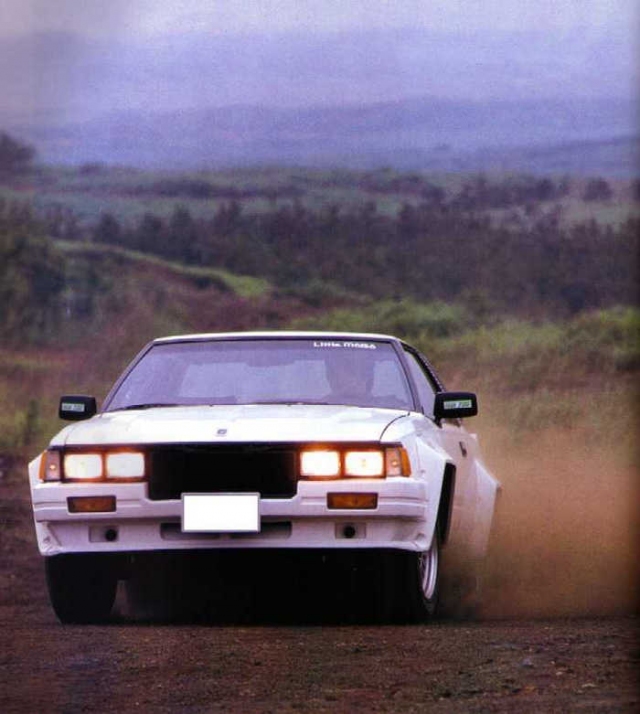 The FJ20 was immediately put to use in JDM Formula 3, but the main use of the motor was for rallying. Bored out to 2.4L and fed by twin carbs, the FJ24 screamed to 8000rpm and put out 280hp. Unfortunately, the rallycar would never match the supremacy of the DR30 roadcar, being one of many old school rallycars which were made obsolete overnight as the Audi Quattro revolutionised modern rallying, and banished RWD rallycars into the history books. The Silvia 240RS got onto the podium a few times and came third in the 1982 world rally championship but that was it.

The Silvia 240RS (and its 2.4L motor) is a real rarity today, but for a time, Nismo made available a 2.4L kit to stroke any old FJ20 into an FJ24 replica. Here’s what one looked like, you can see the short-skirt 11:1 pistons, the stroker crank, and the special manifold and throttle linkage to convert the FJ20 to twin Webers, and the Nismo headers, too. 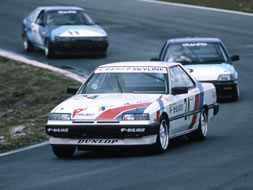 As a circuit car, the Skyline RS fared rather better in Group A. Always in contention, it only escaped success by narrow margins in the Australian championship, but on home soil the RS did win the championship in 1986 with Aguri Suzuki behind the wheel. In Japan, 1986 was its last racing year before being replaced by the R31 series and the GTS-R (now that’s another story).

Perhaps the most famous racing DR30 Skyline is the fire breathing Group 5 Silhouette racer. But although the “4 Valve DOHC RS-Turbo” replicated the badging of the RS Skyline roadcar, the racer used the LZ20 engine, which ironically…was a twin cam, motorsport development of the veteran old L-Series motor that the FJ20 replaced in the roadgoing Skylines. 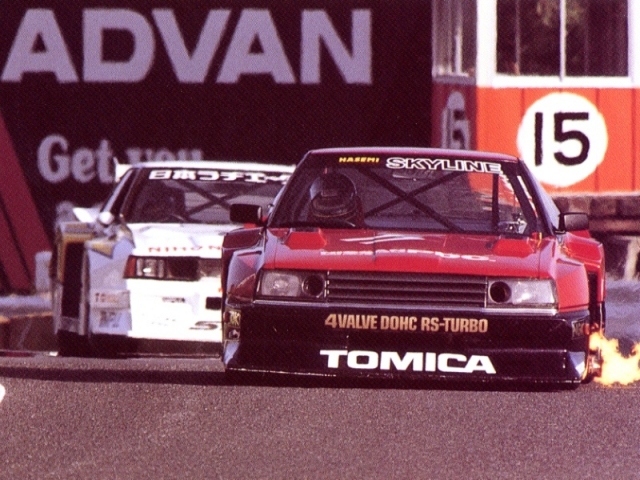 Overall, the FJ20 was an expensive indulgence for Nissan. It was originally planned as a hi-end motorsport engine that would be used only for the sportiest Skyline roadcars. This was in the grand tradition of the DOHC, 24 valve S20 engine that powered the legendary 1971 C10 GT-R (although the FJ20 was made in far greater numbers). However, production was eventually expanded to include Silvias to help defray the costs, and it’s also doubtful whether this expense was justified by the motorsport successes, because unlike the original S20 engined GT-R, the RS Silvias and Skylines did not steamroller all others before it in motorsport. But this has not been an impediment to the FJ20 engine garnering a healthy following of fans around the world.

But it would be the last time that Nissan would be so indulgent. And for all following generations of Skyline, the sports engine would simply be a development of the cooking engine, rather than a bespoke sporting engine altogether.

And by the way, here are some cheesy DR30/FJ20 commercials with Paul Newman just for kicks: