Paris Motor Show: One of the coolest retro cars on the market is now made by Suzuki 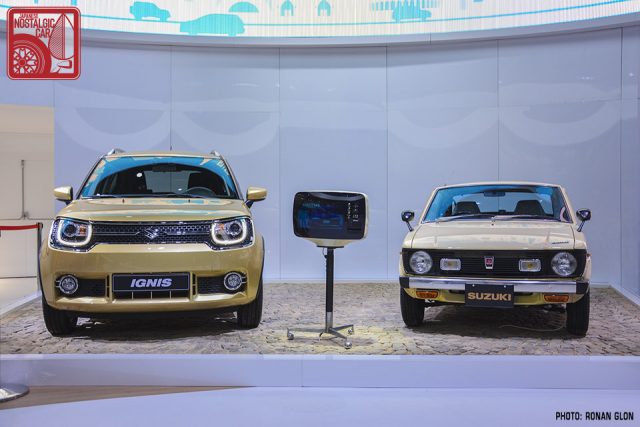 To most of the media at the Paris Motor Show going on right now, the Suzuki Ignis is probably just a small but practical compact crossover. What few probably realize is that its one of the best incarnations of Japanese retro design on the market right now. 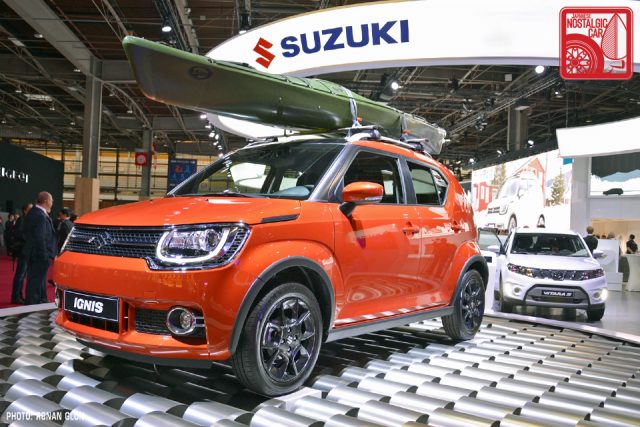 Germany has the VW Beetle, Italy has the Fiat 500, and Britain has the Mini. Japan has had a long history of retro design, but examples have been scarce in recent years. Sure, there are cars like the Honda S660, Toyota 86 and even the Nissan GT-R, but they don’t really look like the originals they were inspired by.

In true retro design, it’s less important what the car is powered by than what it looks like. The best example that comes to mind is the Honda N-One, but it isn’t sold outside of Japan. Another great example was not a car at all but a truck, and anyway the Toyota FJ Cruiser has been discontinued. 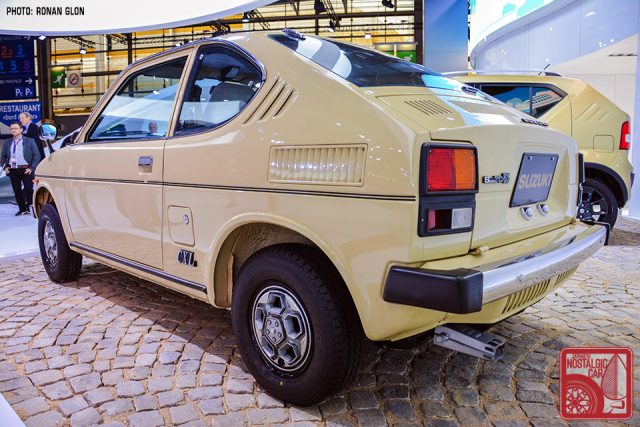 Suzuki probably isn’t the first, second, or even ninth marque that one normally thinks when considering brands with a deep well of recognizable classics to draw from. That’s why Suzuki parked a classic Cervo next to it.

The rear-engined, rear-wheel-drive kei car was the evolution of an earlier, nearly identical, rear-engined, rear-wheel-drive Suzuki that was called, ironically, the Fronte. The Fronte was introduced in 1971, but in 1976, the Japanese government allowed kei cars to increase displacement from 360cc to 550cc. The resulting revamp of the Fronte included a larger engine, as well as a name change to Cervo, but its sloping roofline and 2-door styling that made it a hit as the sporty coupe of the kei car world remained largely the same.

Today, that styling is expressed throughout the Ignis — which was based on the 2015 Suzuki IM-4 concept — starting with the headlights. The outside curvature and kink as it blends into the grille was taken from the overall shape of the grille of the Fronte/Cervo. 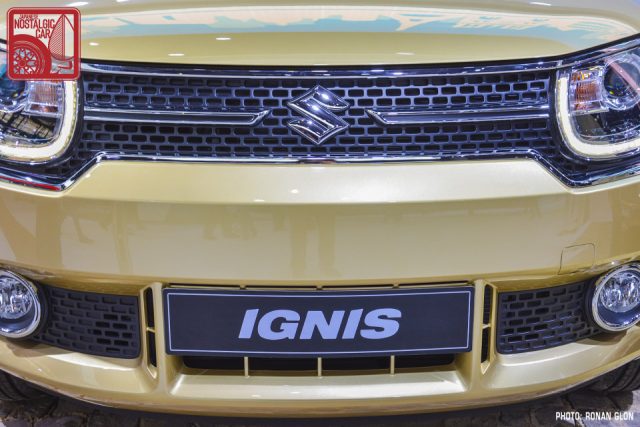 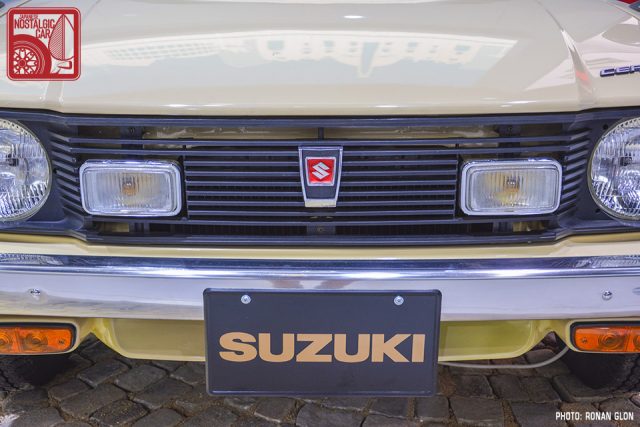 While the Ignis is considerably larger, the proportion of the grille to the headlights match perfectly that of the Cervo’s. Look closely at the Ignis’s grille detail, and it’s made up of tiny radiused rectangles that look like the Ignis’s grille-embedded fog lights.

The C-pillar has probably the most visible design cue of them all, three lines that invoke the functional cabin vents of the Cervo.

Even the Ignis’s wheels were inspired by the Cervo’s hubcaps, with five indentations forming a pentagon in the middle — a very clever and modern take on the original.

Here, just for the hell of it, are some side-by-sides of other details. The trained eye might be able to find some similarities between the door handle shapes and mirrors, but there’s nothing official from Suzuki about these items. 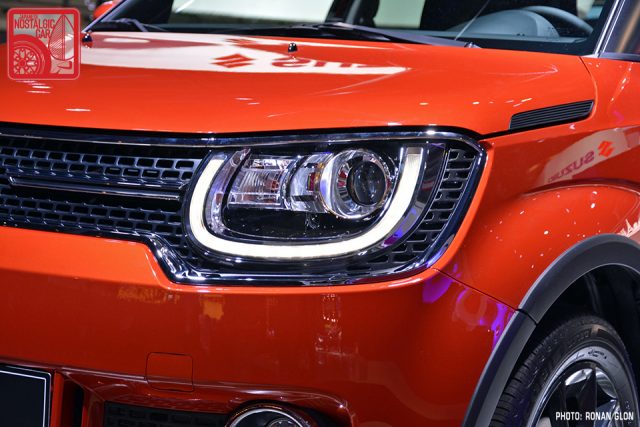 There is one more heritage cue from the Ignis, but it’s not shared with the Fronte/Cervo. The clamshell hood and vent integrated into the shut line are taken straight from the Suzuki Escudo (aka Vitara, Geo Tracker). 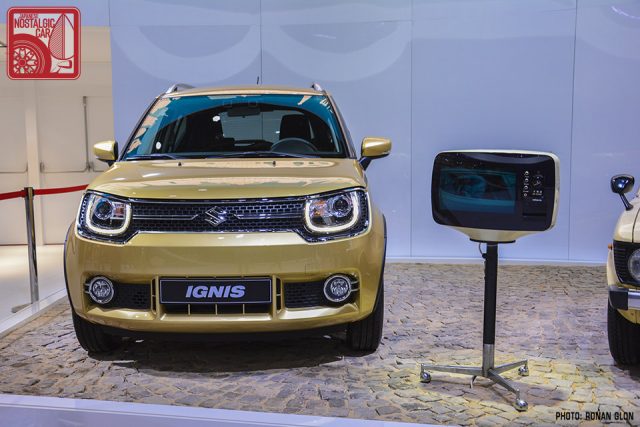 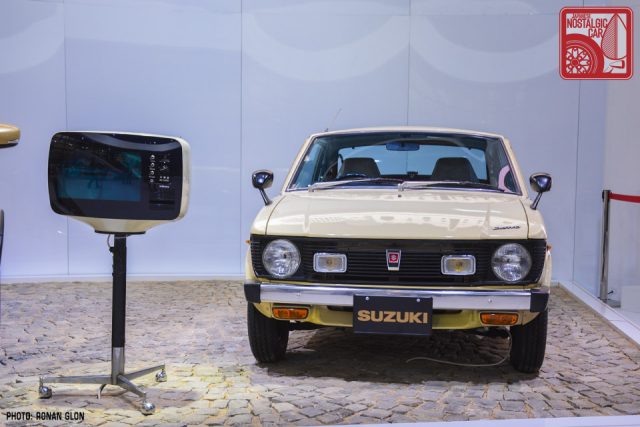 With a 1.2-liter, 90-horsepower engine, the Ignis is no kei car. The engine is more traditionally mounted in the front, too, and mated to either a 5-speed automatic or 5-speed manual. Both front- and all-wheel-drive are available, but sadly, not in the US. Intended markets are Japan, Europe, and India.

While the original Cervo was exported to Europe and the UK as the SC100 or Whizzkid, it’s not something well-known on the Old Continent, and in India cars weren’t even really a thing when the Cervo was new. Suzuki could have easily designed an clean sheet, generic crossover to fill this niche and likely no one would’ve cared. That’s why we applaud the fact that designers went they extra mile to imbue the Ignis with these cool heritage cues. We hope other Japanese automakers follow suit.

permalink.
This post is filed under: Next Version and
tagged: cervo, fronte, Ignis, suzuki.

16 Responses to Paris Motor Show: One of the coolest retro cars on the market is now made by Suzuki