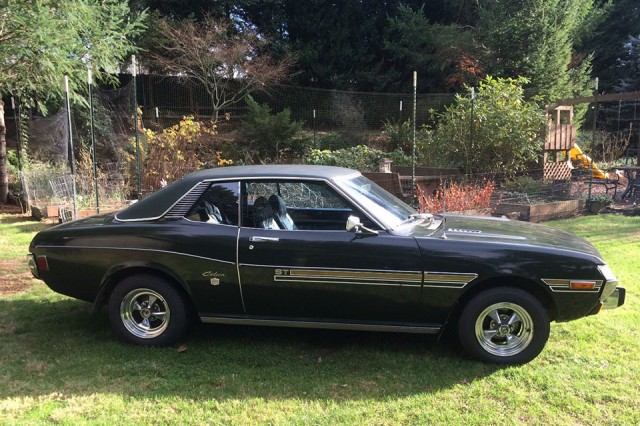 Up for auction right now is a 1973 Toyota Celica with just over 40,000 miles. According to the listing, it has had only one owner previous to the current seller, who acquired it in an estate sale upon the first owner’s passing. 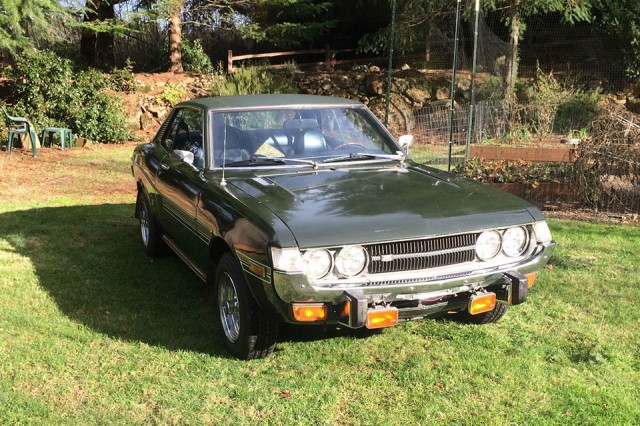 Resplendent in 614 Green, a one-year color available only in 1973, it appears to be in great condition apart from a couple of dings. Though photos are sparse, it has an amazing amount of documentation. According to the original bill of sale, it was purchased for $3,324.95, including $230 for the Cragar wheels and $60 for a dealer-installed vinyl top. An extensive list of service records extends back to 1973, copied and pasted below in case the auction disappears.

In addition, the interior appears to be free of cracks and tears, the floor pan and trunk are rust-free, and it even comes with the original stereo cartridge pouch from Fujitsu Ten. At the time of this writing the price is up to $7,600 with 17 bids and about two and a half days to go. Good luck.

permalink.
This post is filed under: for sale and
tagged: a20, celica, daruma, kidney anyone, toyota.