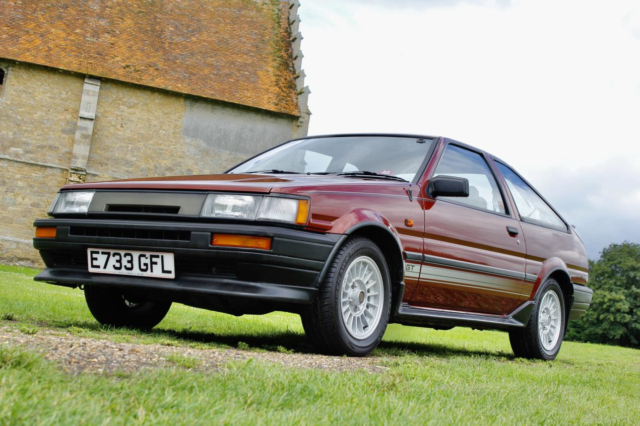 A one-owner Toyota AE86 has just sold for $64,000 at auction in the UK. It sets the record for the highest price an AE86 has ever fetched outside of Japan, besting the rusty red hatchback that sold for $40,000 last March. 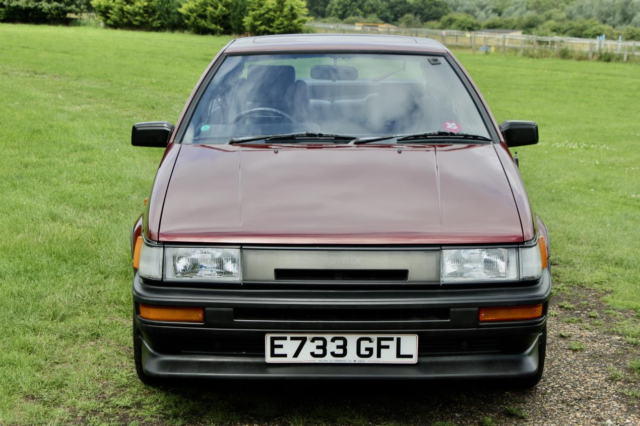 This humble Levin-faced Corolla GT began its journey when a lady walked into Hallens Toyota of Cambridge, England in the summer of 1987. It was a present to cheer herself up after a recent breakup. The right choice was made, as the Wine Red high revving, RWD runabout was treated with love by its owner; annually being brought to the Toyota dealer for service for the first nine years of its life. 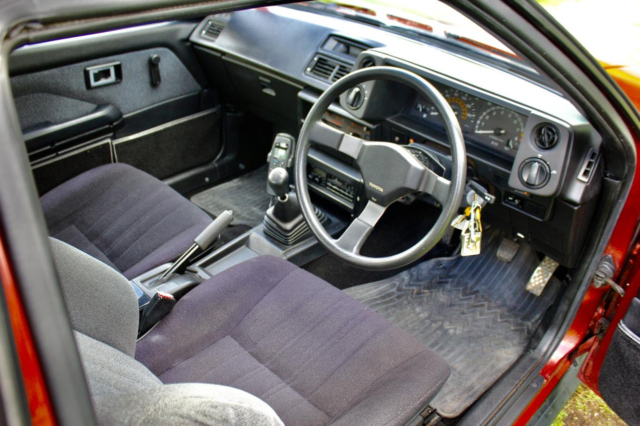 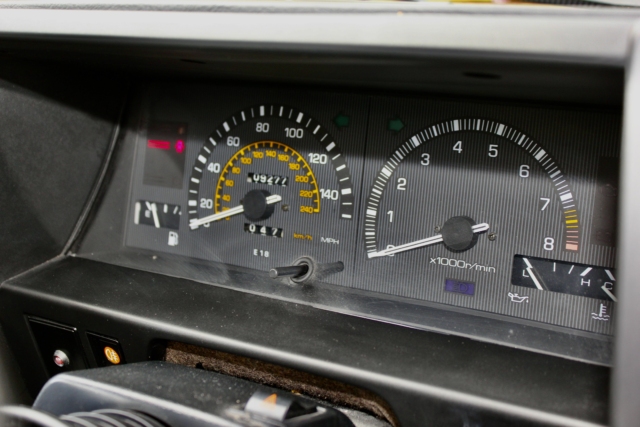 The Corolla invited the new owner into its elegant charcoal grey interior, which looks just as good as it did in 1987. We imagine all worries were cast away as soon as she got in the driver’s seat, eased by the embrace of a Corolla GT bucket seat. The sunroof was then operated for the first time, further immersing the owner with the elements and the true feeling of freedom. The next 34 years and 92,000 miles were to come. A 90’s era Nokia phone sits on its cradle, good for a game of Snake whenever the road congestion hit.

In 2006, the paint was tragically keyed by vandals and her insurance company deemed the car uneconomical to repair. The owner could not fathom the thought of sending her cherished Corolla to the junkyard, and it was purchased back from the insurance company and given a fresh coat of its factory Wine Red hue.

A recent injury made it difficult for the owner to drive the non-power assisted steering car, which is the reason for the very reluctant sale. During her 34 years of ownership, she kept all documentation, including the very sales brochure she held in her hands when she ordered the car. 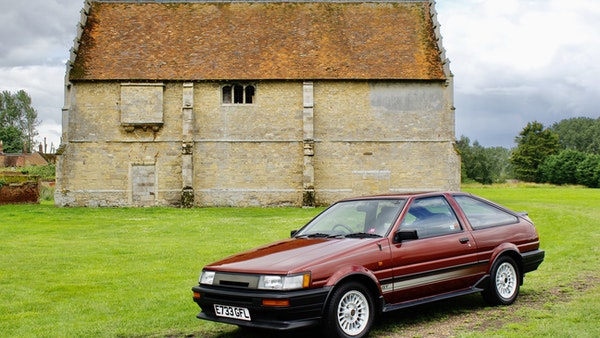 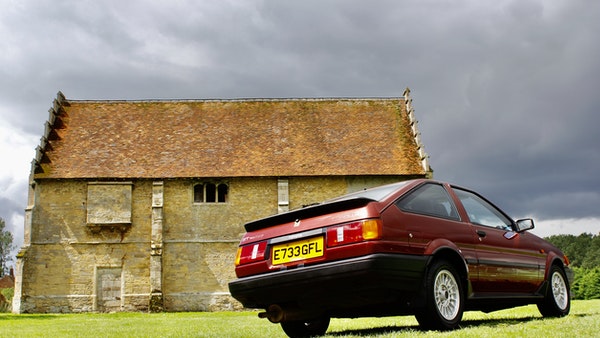 Finally, the car was sold on Car and Classic last week. The wholesome story behind this one-owner, cherished Corolla is the almost worth the astounding price alone. The 1980’s Toyota slogan rings true, Who could ask for anything more?