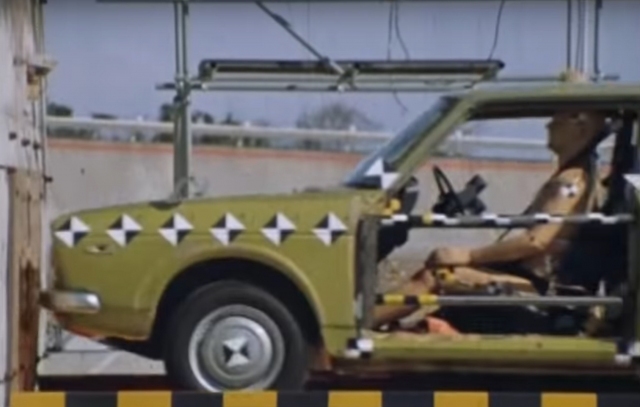 Do you want to see a bunch of classic Subarus crash into walls? Just a warning, they are doubly horrifying, because it’s always sad to see some now-rare cars get destroyed, but also because of the primitive safety standards of the era.

Take the Subaru 360, for example. Back when the car debuted in 1958, safety standards were pretty lax. That crash dummy’s head gets catapulted headlong into the dash in violent fashion. Even the FF-1s from the 1970s don’t fare much better. It’s pretty rare to see crash test footage from this period. Cringe-worthy, yes, but at least it was done in the name of science.

permalink.
This post is filed under: Video and
tagged: ff-1, kei, subaru, subaru 360.

3 Responses to VIDEO: Cringe at these old Subaru crash tests