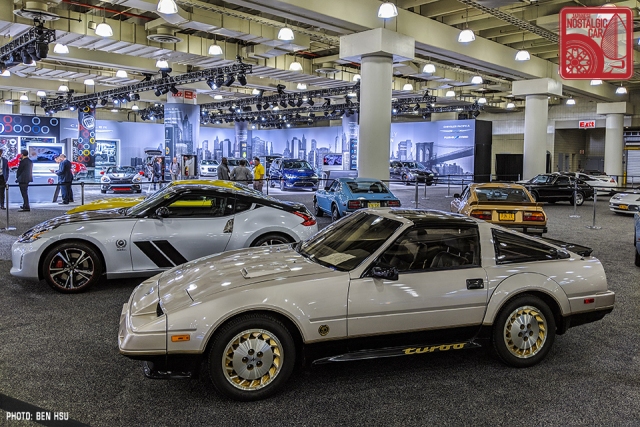 The GT-R’s incredible 50th anniversary display may have taken center stage at the New York Auto Show, but the Z’s half-century birthday did not go uncelebrated. Nissan also brought out several historic Z models from its US collection, and also welcomed several owners from local Z-car clubs to show their rides. 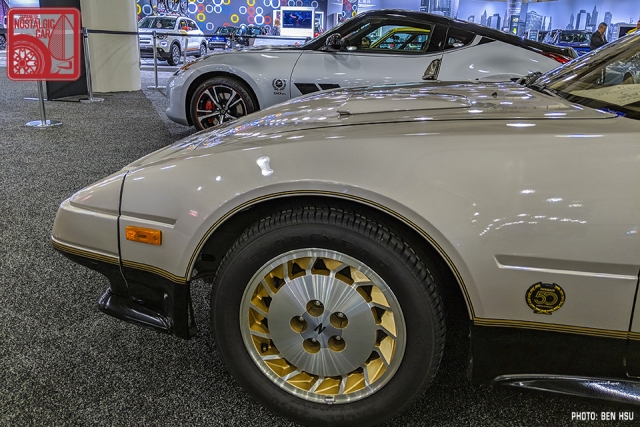 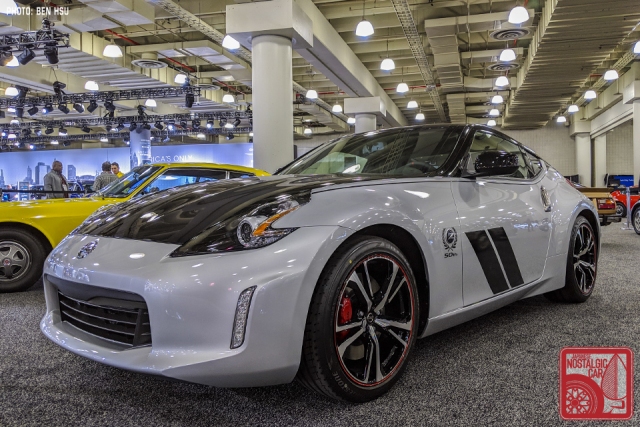 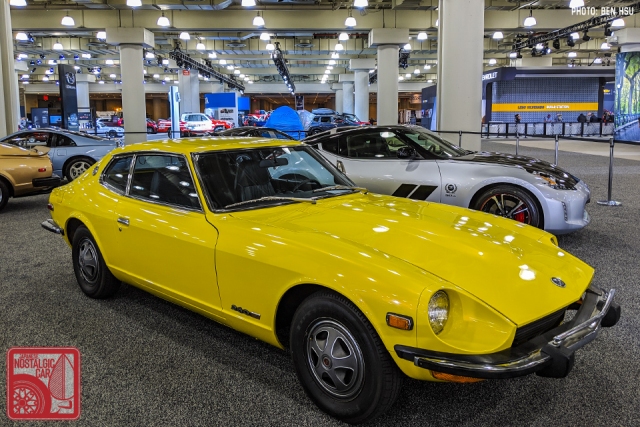 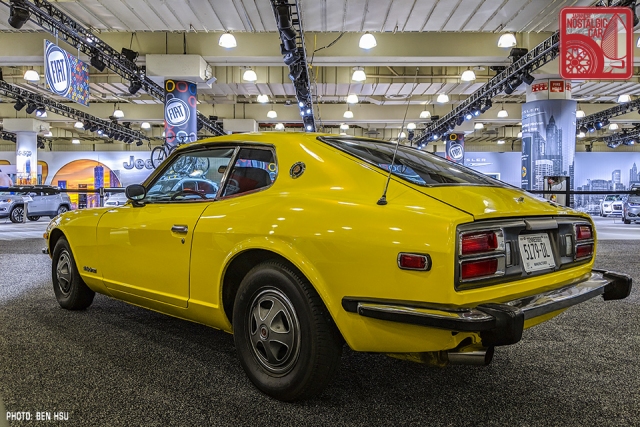 Another very special car from Nissan USA’s collection was a 1974 260Z, once owned by none other than Yutaka “Mr K” Katayama. Though the former president of Nissan USA is most famous for his custom yellow G-nose 240Z, in his older days he preferred a more relaxed ride in a 2+2 automatic. His favorite color was still yellow, of course. 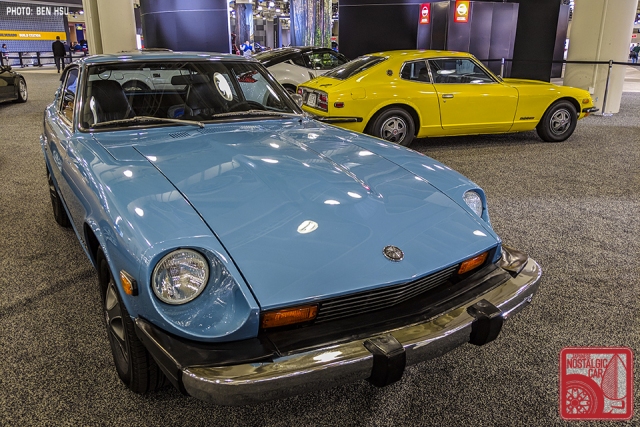 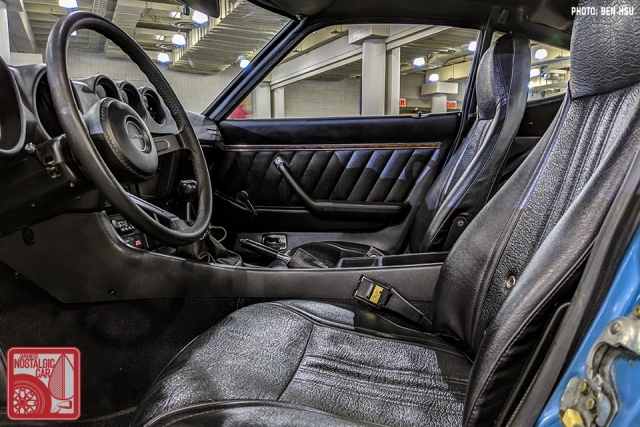 Greg Giacchi welcomed us into his superbly well-preserved light blue 280Z with an astonishing original mileage of just under 36,000. Greg, who also owns an A60 Supra, even swapped out the original steering wheel so it wouldn’t get worn as he drove the car (he kept the original, of course). We wish we could broadcast smells through the website, because the authentic aroma of vinyl seats only added to the time warp sensation of being in a brand new 260Z. 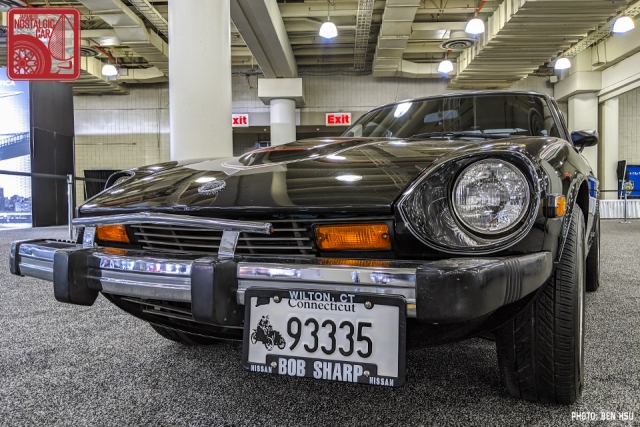 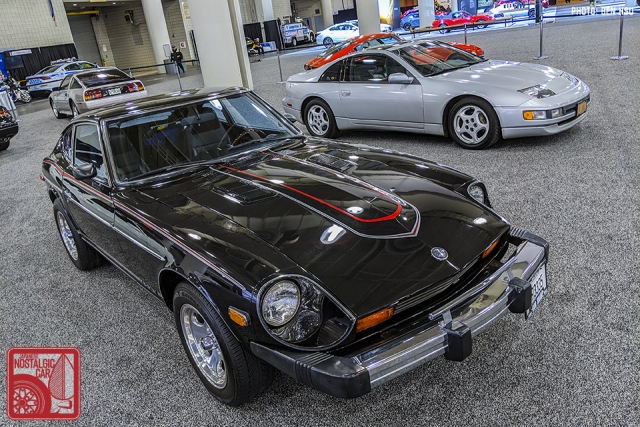 Another significant car was a 1978 Black Pearl Edition 280Z. While Black Pearl editions are collectible in themselves, this particular example had a bit of extra provenance. It appears to have been purchased from Datsun racing legend Bob Sharp himself, or at least Sharp’s Nissan dealership in Wilton, Connecticut. Sharp, who managed Datsun’s highly successful east coast racing efforts and gave a seat to Paul Newman, often said half-jokingly that he raced so he could sell more cars. 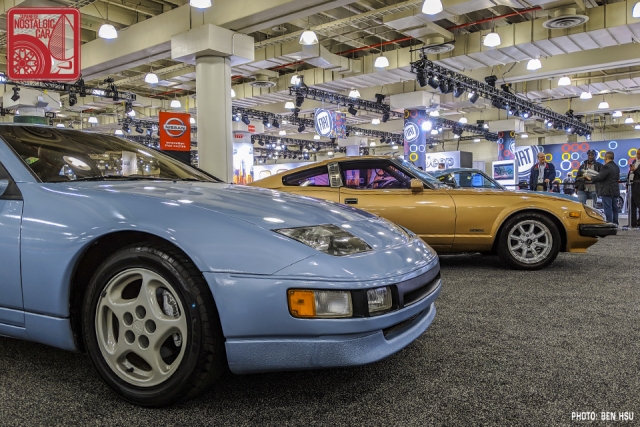 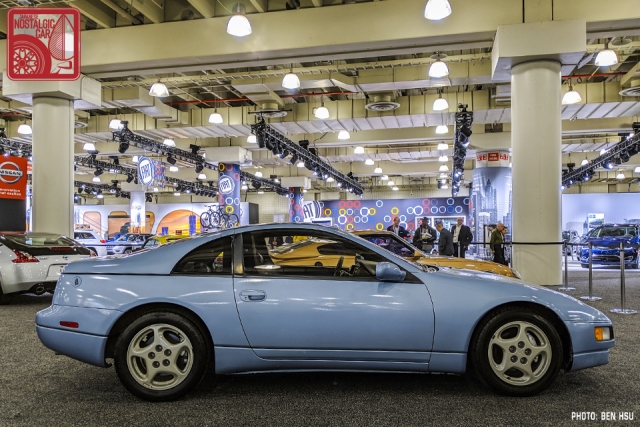 We were also stunned by a gorgeous Z32 Nissan 300ZX in Azure Blue Pearl. The rare color was only available for 1990 and on naturally aspirated models. That’s a shame, because we think it’s one of the prettiest colors offered. It was great to see one well preserved and owned by a fastidious caretaker. 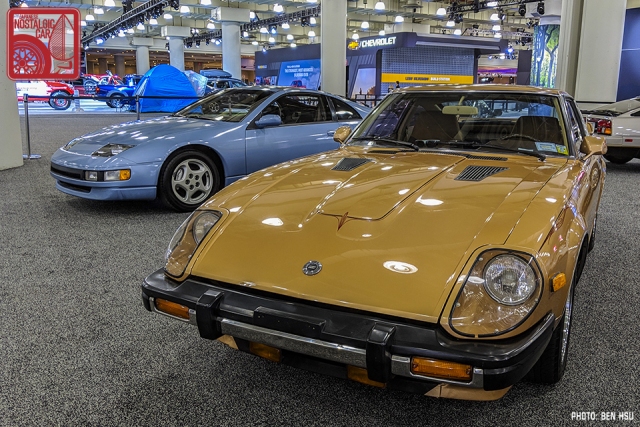 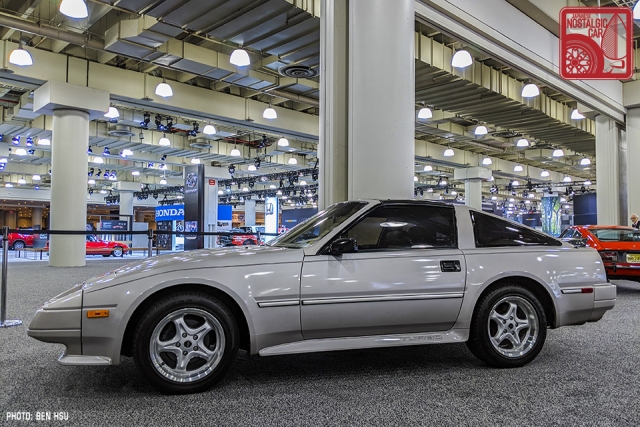 Other display cars included fine examples of a gold 280ZX and early silver Z31 T-top, both with period pinstriping. 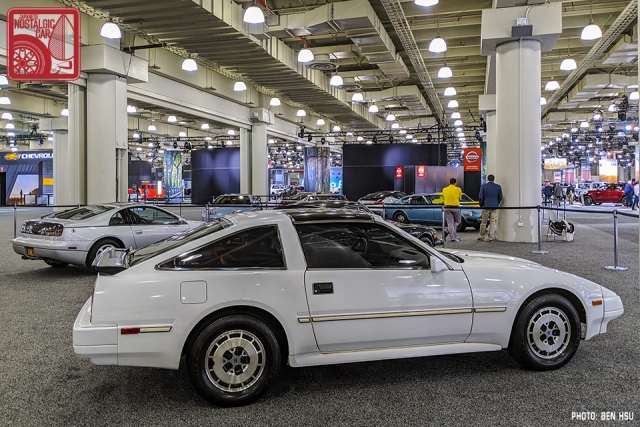 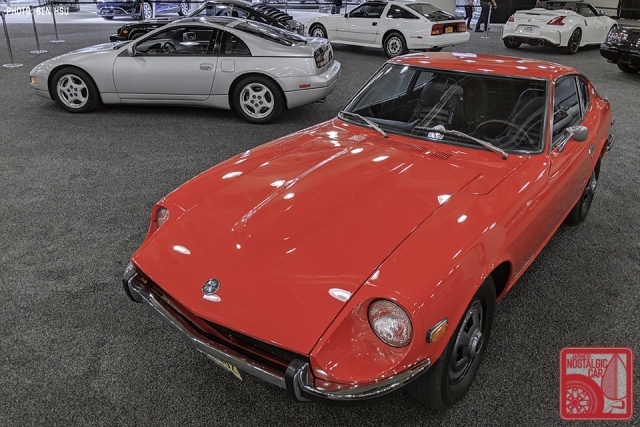 An exquisite red 240Z, silver Z32, and white Z31 2+2 helped illustrate the variety and reach of the Z-car. Perhaps most impressively, these east coast cars were painstakinglly preserved for many years, obviously the product of many sheltered winters and much adoration. 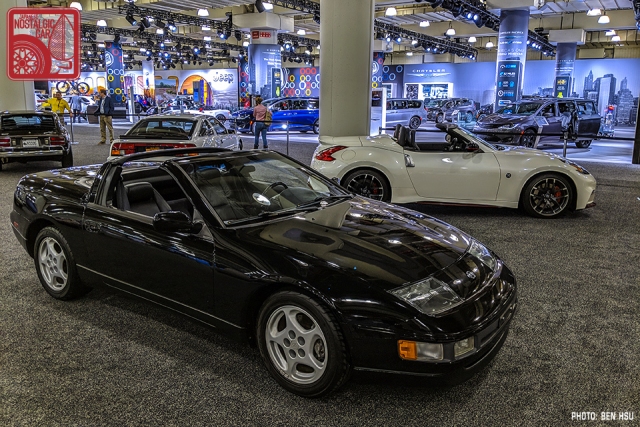 The display finished off with a pair of droptops, a black Z32 convertible and a 370Z NISMO Roadster. If it weren’t for the Z-Car Club of New York’s Greg Giacchi, we would have missed this display entirely, as it is separate from the main Nissan booth and located on the lower level of the Javits Convention Center. If you attend the New York Auto Show, be sure to visit both the main Nissan booth to see the GT-Rs (unlike the GT-R display in 2016, they’ve assured us that the cars will remain present for the public days), as well as the lower level’s Z-car showcase.

6 Responses to NY Auto Show: A gallery of classic Z-cars