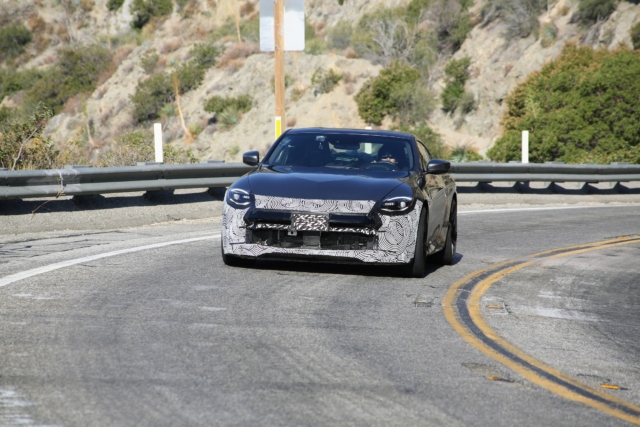 A new Nissan Z test mule has been spotted testing on Angeles Crest Highway near Los Angeles and in Arizona. Notably, it features a revised grille that evokes the Fairlady Z432R-inspired prototype unveiled at the Tokyo Auto Salon in January. In addition, the lightly camouflaged car in Arizona sports NISMO seats, which may indicate a performance version, possibly even a NISMO variant.

Photos of the test car were photographed by friend of JNC Dave Skulman on ACH. A separate video (above) shows two Nissan Zs driving in tandem in Arizona, one stock and uncovered, one partially covered in camouflage. Nissan also owns a large testing facility in Arizona.

The prototype isn’t an exact copy of the Auto Salon car. Notably, it lacks the fender flares and rear spoiler found on the car shown in Tokyo. What looks like the upper half of the show car’s split grille is also covered in black tape as well. We we can see is that the lower half of the nose is more deeply inset than the production car’s. 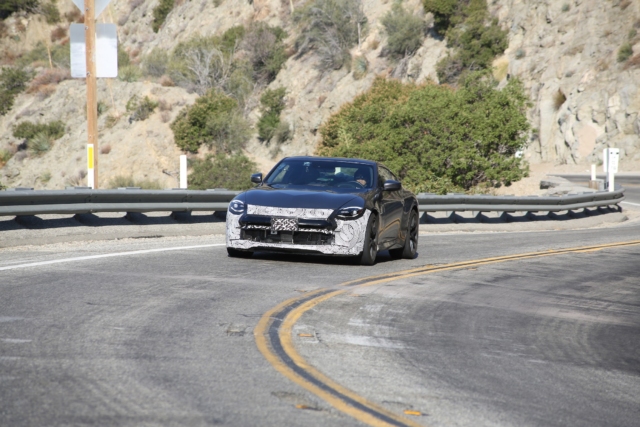 Skulman tells us, “It looks different from the Auto Salon car to me. It looks like a weird ‘split bumper’ evocation kind of setup with the indent for the plate.” He also points out that the seats say “NISMO” on them.

Nissan has hinted that a NISMO version of the new Z would come at a later date, but it’s not clear whether this is it. In any case, whether this car is portends a Z NISMO, or simply a redesigned front end, possibly to fit foglamps or something, it’s good to see Nissan is continuing to develop the Z.

Deliveries of the Z have been delayed due to the global semiconductor shortage. The US on-sale date was delayed earlier this year until “summer”, which gives Nissan just few weeks left to deliver. In Japan, dealers have suspended orders altogether, with some reports that those on the list will have to wait four years.