MOTORSPORTS: Archival footage of Hakosuka Skylines racing evokes the passion and history of the GT-R 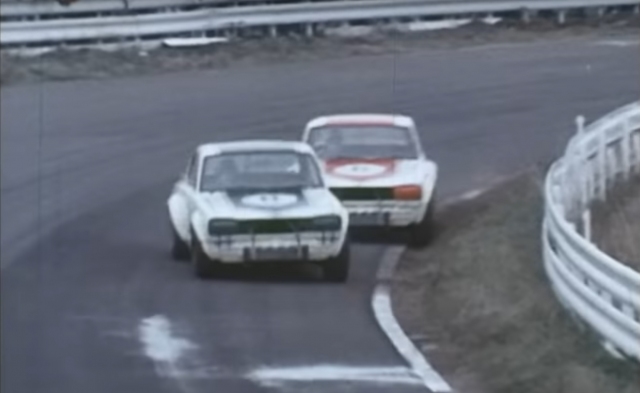 To coincide with the 50th birthday celebration of the GT-R and the release of the 50th Anniversary Edition GT-R, Nissan has released archival footage of the original GT-Rs that launched the legend. No matter how grainy and shaky, these videos still stir passions for the Skyline in sights and sound. Skyline GT-Rs finish 1-2-3 at the Japan Grand Prix separated by less than a car length. Fearless men sling them around the fatally dangerous banking of old Fuji Speedway. Hakosuka GT-Rs plow through walls of water and fog as they race in Japan’s famously drenching summer downpours. It is the very definition of beauty in motion.

The dominance of the Hakosuka Skyline in this era of Japan’s touring car history is what created the legacy of the GT-R, setting the stage for the R32, R33 R34, and R35 that would come decades later.

Perhaps as a tribute to the damp climates that made the original GT-R’s racing such a sight to behold, Nissan filmed the debut footage for the 2020 GT-R NISMO during another torrent. Or, perhaps it was showcase its improved suspension and aerodynamic improvements that are said to increase high-speed stability. It’s unusual for a car company to shoot a car in anything but bright, sun-kissed days. Somehow, in the rain the GT-R looks even more menacing.

The video for the GT-R 50th Anniversary Edition also takes place under stormy skies. The clouds even take away from the return of the R34’s Bayside Blue, making it look a few shades darker. But not only does Nissan drive the new GT-R in the rain, it also wets a Hakosuka and R32 Skyline GT-R as well.

When looking at results like the Hakosuka GT-R’s famous 50 victories, it’s hard to understand just how hard-fought those wins were. A statistic doesn’t reveal the white-knuckle grip on the steering wheel as a monsoon bears down the track, slicking the surface beneath tire technology half a century old. These are the stories that made the Skyline GT-R what it is, and a moving picture is worth a thousand words.

1 Response to MOTORSPORTS: Archival footage of Hakosuka Skylines racing evokes the passion and history of the GT-R