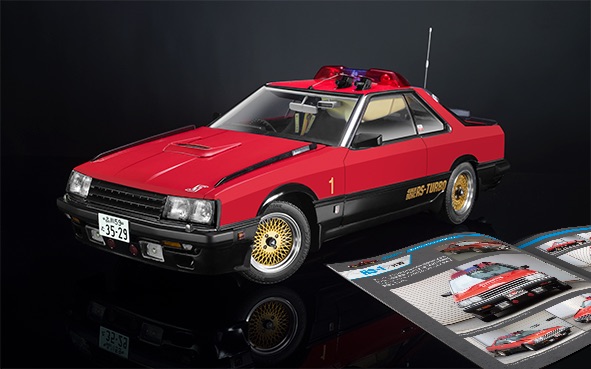 The DR30 Skyline from the television series Seibu Keisatsu is the latest car to undergo transformation into a super-detailed 1:8-scale subscription model. When all is said and done, it’ll take almost two years and ¥200,000 (about $1,930) to complete the model. That may seem like a lot, but it’ll be the most accurate replica of this famous cop car that money can buy.

If you’re not familiar with this phenomenon, we wrote a brief history of Japan’s subscription model kits in 2015. Essentially, they started as magazine subscriptions, with each issue including a few pieces of a model car. By the end, you not only have a voluminous history of the car itself, but a large and very detailed model of the car as well. In the case of the Machine RS-1, the finished model measures almost two feet long. 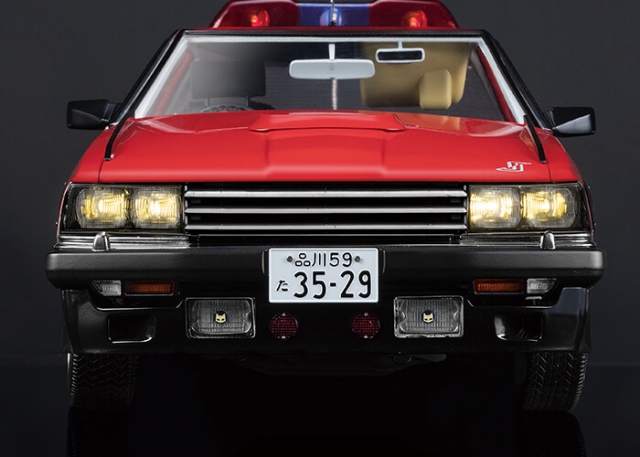 Seibu Keistatsu ran on Japanese TV from 1979-84, and was one of the most popular police dramas in the country’s history. Young gearheads, though, were drawn in by the outlandish car chases and action sequences frequently peppered into the story lines. Nissan was an official sponsor of the show, and when the R30 Skyline came out they quickly supplied the fictional task force of west Tokyo’s police department with three of them. 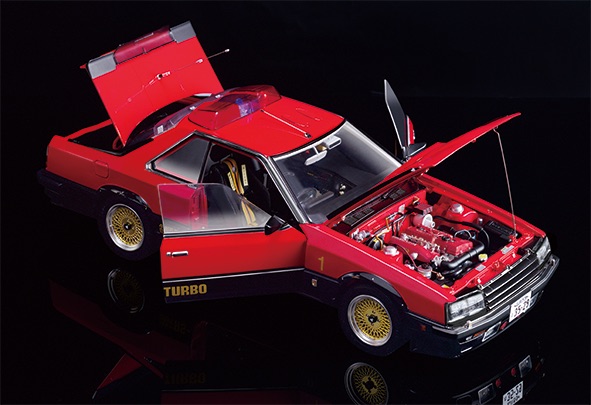 The RS-1 was the baddest of the bunch. Sgt Daimon’s team used the RS-2 and RS-3 for various reconnaissance missions, but Machine RS-1 was the attack vehicle. According to the show’s lore, the FJ20ET was tuned to 280ps (276 horsepower) from the stock DR30’s 190ps (187 horsepower), and it was outfitted with with 20mm roof-mounted cannons, an “afterburner” acceleration booster, radar tracking system, and many more gizmos.

The finished model will feature all of these devices, replicated with accurate sound and light to duplicate the on-screen effects. The roof cannons retract, for example, and the exhaust outlet lights up to mimic the afterburner. 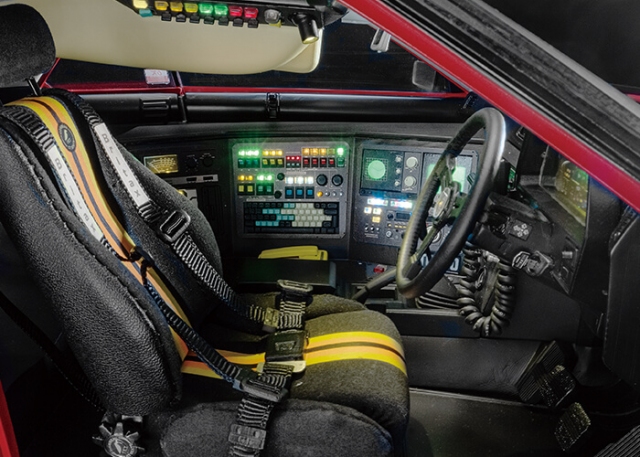 The picture car’s interior was largely gutted and transformed into a command center full of blinking lights. It’s not clear if every single one had a clear purpose, but the show was made in an age when anything digital immediately looked fancy. Regardless, the model reproduces this with astounding accuracy. There’s even an 80s-style car phone ready to patch into the chief’s direct line.

You like shiny things? The attention paid to lighting isn’t just limited to the interior. The DR30’s tail and brake lights are meticulously replicated, as are the turn signals, side markers, and fog lamps. In addition to the rooftop beacons, there are also auxiliary lights under the license plate and hidden behind the grille. When the fog lights turn on, you can even see a little Marchal logo. 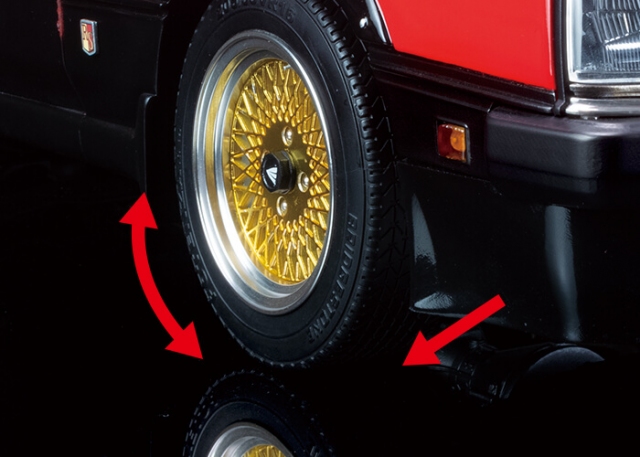 Of course, the entire endeavor is ostensibly a book first and foremost, so each installment comes with pages recounting everything you ever wanted to know about Seibu Keisatsu. They cover not just the R30s, but other cars used in the show, the stock factory versions built by Nissan, as well as the production team the built the cars. Other issues promise staff interviews, archival photos, and information about the show itself.

And if that’s not enough, the subscription also includes bonus items like a keychain and temperature-sensitive mug that turns the background into hot fire when a warm beverage is put inside it. Finally, as if two grand wasn’t enough to spend on a model car, you can opt for a premium subscription which comes with a display case adding $475 to the total cost. 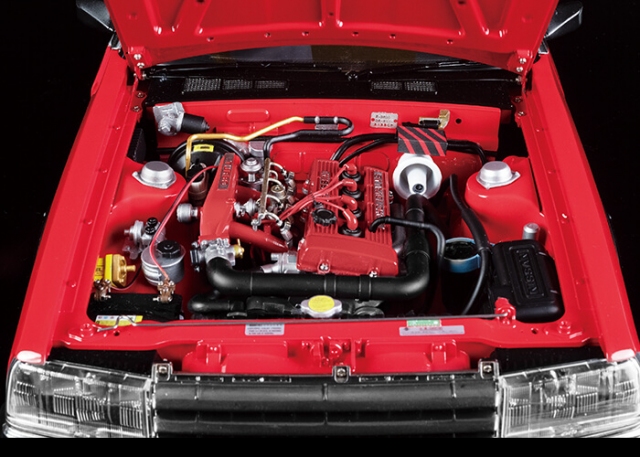 Clearly, the model will require a significant commitment. After all, it will take 100 weeks to get every piece of the car. If we were to devote two years of life to something like this we’d probably go for the Toyota Celica Liftback model ourselves, but for the die-hard Seibu Keisatsu fan, this is the next best thing to owning the actual cars. If you’re interested in the model, you can buy a subscription at the Hachette website. 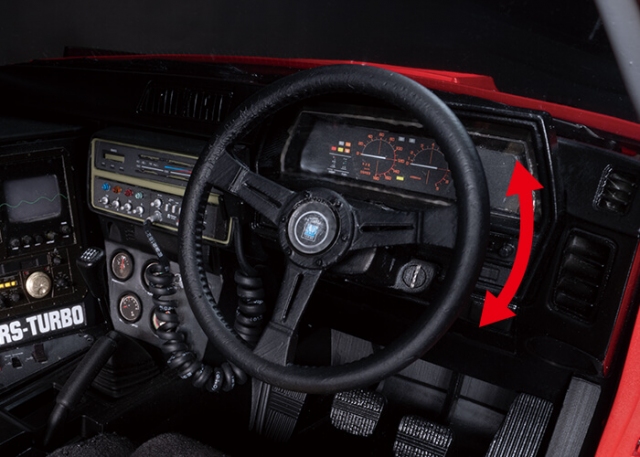 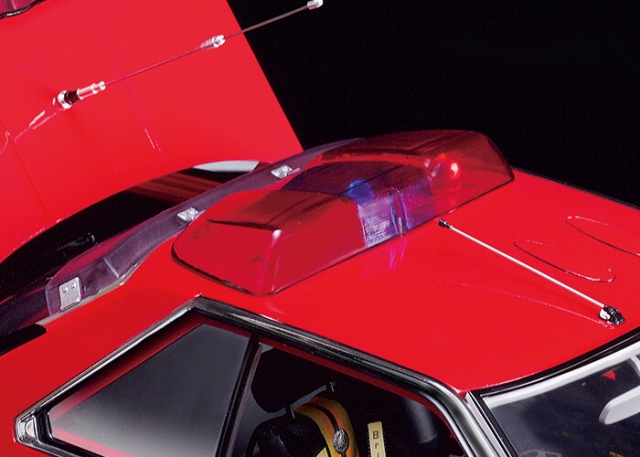 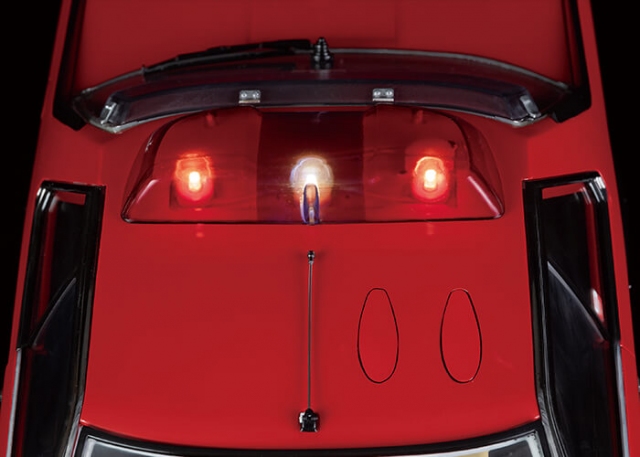 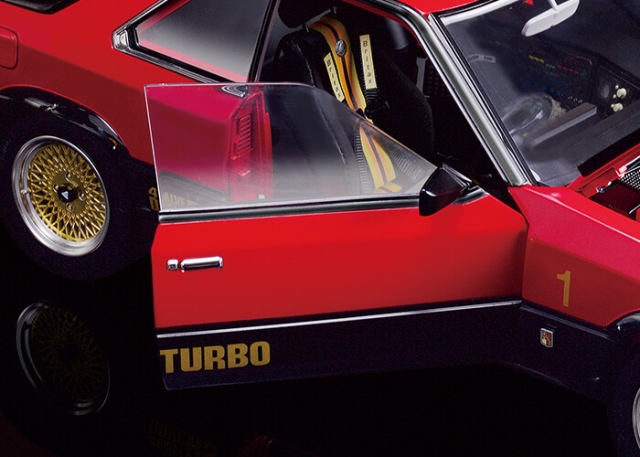 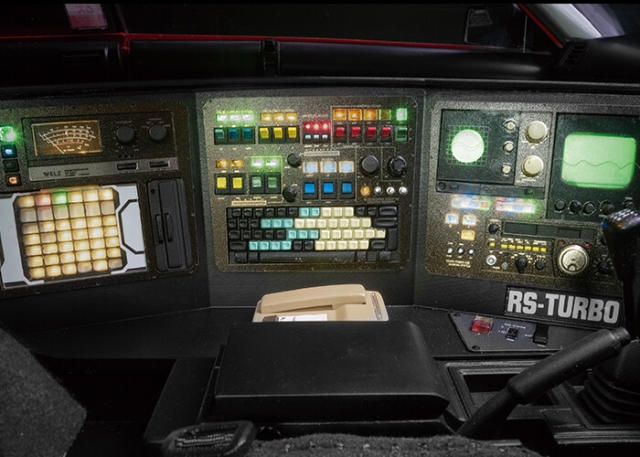 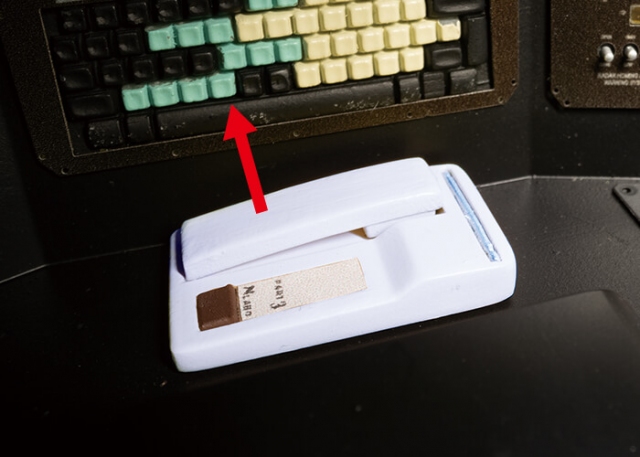 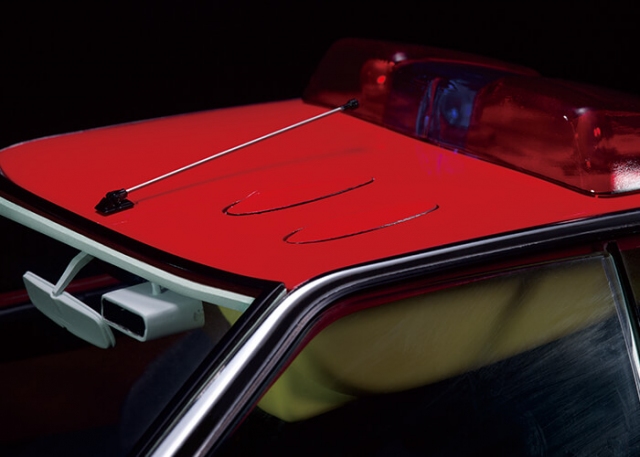 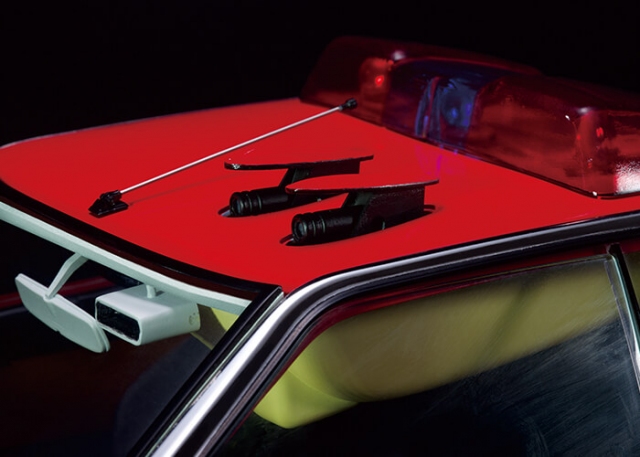 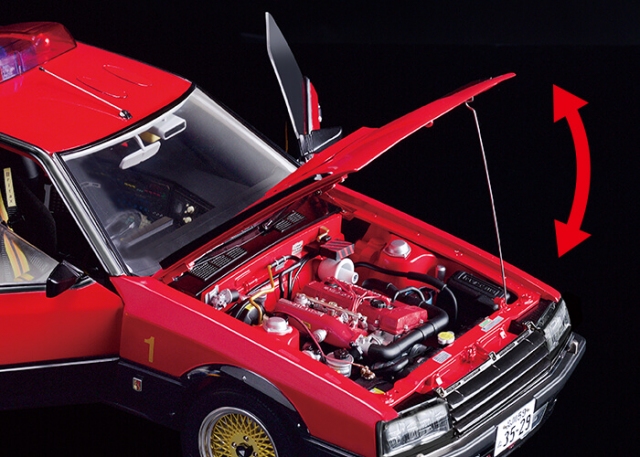