Details about the live action Gran Turismo movie have come to light. First off, it’s now an actual feature length movie, not a series, as had been previously reported. Now we have some info about the actual plot, which will feature a bunch of Nissan race cars. Best of all, there’s a director known for his fondness of Nissan GT-Rs leading the project. 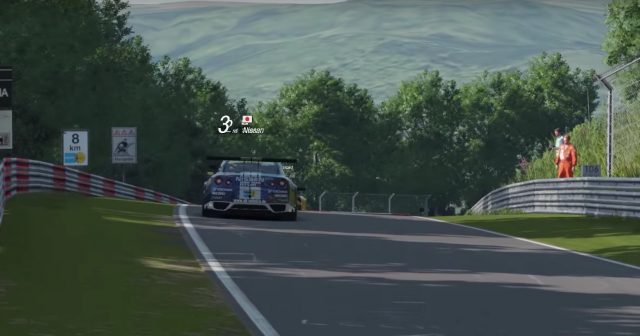 As Deadline reports, here is the movie’s logline:

Based on a true story, the film is the ultimate wish fulfillment tale of a teenage Gran Turismo player whose gaming skills won a series of Nissan competitions to become an actual professional race car driver.

It sounds like the plot will follow the story of Lucas Ordóñez, the first winner of the GT Academy, a competition series in which players of Gran Turismo got a seat on a real-life race team. After winning the inaugural GT Academy in 2008, Ordóñez drove a Nissan 350Z that placed ninth in class at the 2009 Dubai 24 Hours. He went on to race professionally, including several times at the 24 Hours of Le Mans, in which he came in second in class in 2011. This sounds like the revived plot of a Gran Turismo movie proposed back in 2013.

Attached to direct is Neill Blomkamp, who made it big with his debut 2009 feature District 9, around the same time Ordóñez’s dreams of becoming a professional driver were coming true. Blomkamp has featured the R35 GT-R in two of his movies without any product placement deal from Nissan. The most recent example is his 2015 film Chappie, about an AI-equipped robot on the run. A GT-R features prominently in a scene where the robot is tricked by punks into stealing cars for them.

The first time Blomkamp used a GT-R in one of his movies was 2013’s post-apocalyptic action film Elysium. That movie is set in 2154, which means the Nissan GT-R would have been about 140 years old. It holds up pretty well, considering it’s should be as primitive to Matt Damon’s character as a Benz Patent Motorwagen is to us.

What was especially endearing was his philosophy on cars. Speaking about exotics, he said, “I know people that own a lot of them, and I find that a lot of people don’t really understand cars. They think that because they’re new or expensive that it’s the best or that’s the car they need. They don’t understand that you can tell when some cars come out, they’re going to be classics. Most of them aren’t. Most of them are just going to be another expensive car.”

He used his NSX, which he sold because he didn’t like the color, as an example. “It’s much less expensive than a lot of other cars that carry a lot of cachet but that aren’t actually classics and will be forgotten in the next couple of years… and they don’t even drive as well.”

The whole interview is worth reading, especially the part about how it has been impossible for him to get in touch with Nissan despite having put a GT-R in two of his films. That will probably all change soon, given Gran Turismo‘s close ties with Nissan.

It’s also comforting to know that Nissan is mentioned right there in the logline. We’ve seen enough Dodge Challengers on screen. Of course, a lot can change during production but hopefully Blomkamp will keep the project on track. He sounds like exactly the right man for the job. The Gran Turismo movie has a release date of August 11, 2023.