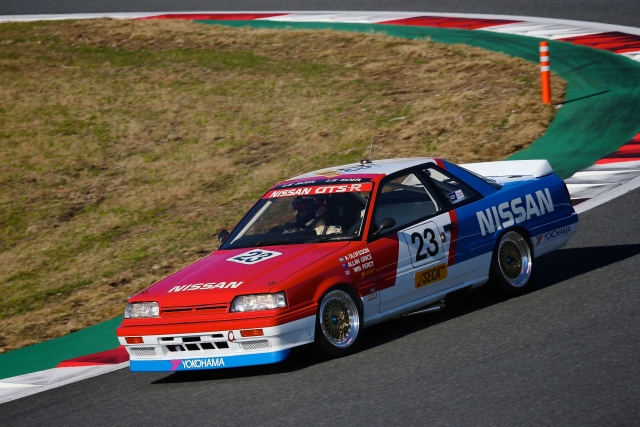 On Saturday Nissan celebrated the completion of its restoration of the Group A HR31 Skyline GTS-R that ran at the 1988 24 Hours of Spa-Francorchamps. With only 800 homologation models made, the R31 Skyline GTS-R is a rare and technologically advanced model, even if often overshadowed by its GT-R brethren. This particular car has even more historical significance, however, as it marked the first time an official Nissan sanctioned Skyline competed in Europe. 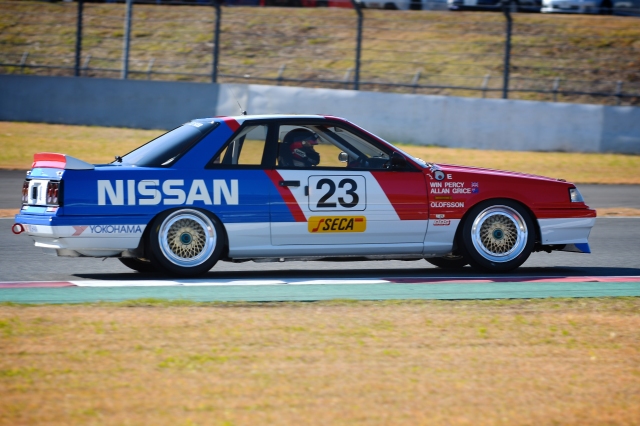 As the motorsports world began unifying under international specifications during the 80s, Nissan built the R31 GTS-R as a homologation special for Group A touring car competition. Similar cars were campaigned in Japan and Australia, but this particular one was built and campaigned by Nissan Motorsports Europe in the UK.

Established in 1988 with an eye toward global competition and, ultimately, an assault on Le Mans, NME campaigned the car with drivers Allan Grice and Win Percy at the helm for that year’s European Touring Car Championships. Though an inaugural outing for both team and car, it managed to capture sixth at one of the toughest enduros in the world, the 24 Hours of Spa-Francorchamps. After its run in Europe, the car was brought back to Japan, where it sat in Nissan’s Zama collection of historic and race cars for nearly three decades. 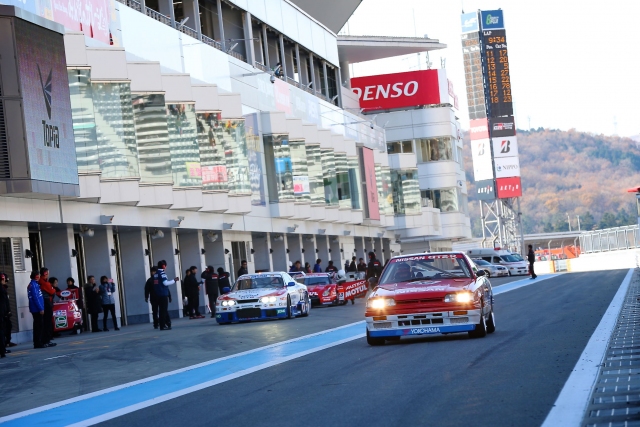 Each year, one or two cars from Zama are selected for restoration. As with all restorations the Zama cars, work was conducted by a “recreational club” of Nissan staffers who volunteer their time during off hours. For example, Shinichi Kiga, who heads the club, is a powertrain engineer who helped develop Nissan’s brand-new variable compression ratio engine in the upcoming Infiniti QX50.

“We chose the R31  because last year was the 60th anniversary of the Skyline,” Kiga told JNC. He is also a racing fan and an absolute engine fanatic. That’s why even though Nissan restored the Hasemi Reebok R31 GTS-R in 2015, he wanted to tackle this project as well. Both are Group A cars, but the European-spec R31 was built quite differently from its Japan-spec counterparts. 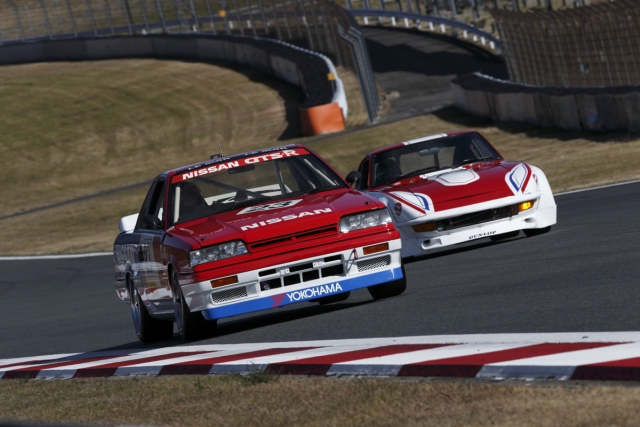 For example, the RB20DET-R engine on the Euro-spec car had a low compression, high-boost tune. It also had a distributor, unlike the direct ignition system found on domestic cars. Numerous other changes, from cooling pathways to airflow sensors to instruments are all different.

The result was an estimated 400 PS, while the Japan-spec Group A is said to have about 430. Numbers aside, however, the engine and tuning characteristics are radically different. It’s as if the same car was built on two different continents, because that’s exactly what happened. 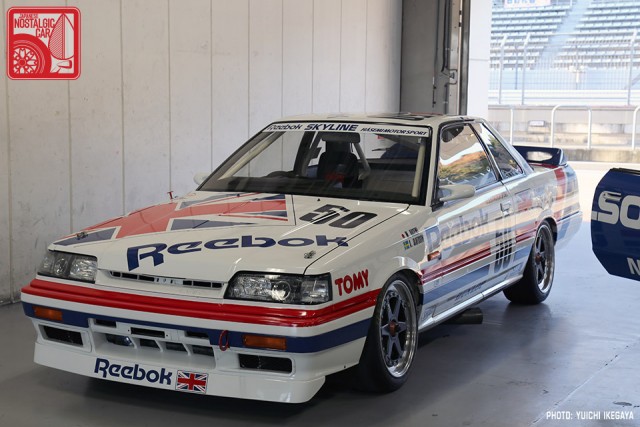 What made the restoration even harder was the fact that when the Hasemi Reebok R31 was being restored, the team plucked parts, including the entire transmission, from the Spa car. Without another R31 to scavenge from, the transmission had to be reassembled from several other gearboxes.

Furthermore, the car was modified subsequent to its Spa running. The head and tail lights at some point had been replaced with kouki units, so Kiga returned them to zenki specification since that’s how it ran at Spa. Lights for illuminating the racing number — Spa is a 24-hour race — had been closed up as well. Even the sponsor decals had changed position. Kiga and his team replicated all these details by studying photographs of the car in period. 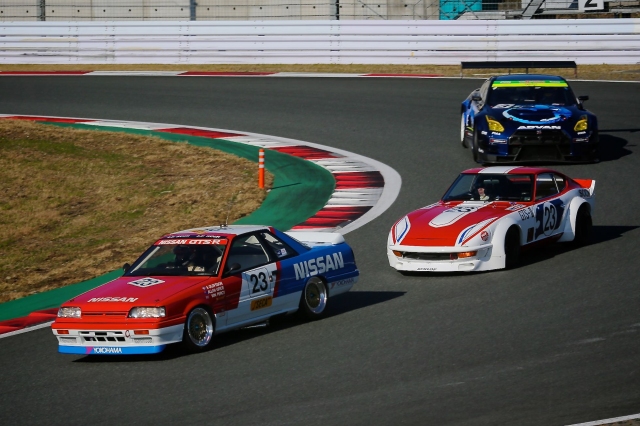 For safety, a new fuel cell, ECU, and set of BBS wheels were fitted. Though it was debated whether to paint the car or keep its original finish, the discovery of rust when restoring the roll bar meant body work and a complete respray was necessary. But, when Kiga saw a picture of the side-exit exhaust spitting fire on throttle lift, he swore he would restore the car’s ability to do that.

Restoration kicked off on May 20, 2017 and took an estimated 3,200 hours of labor. Kiga and his team worked round the clock on weekends to finish the car in time for its first public drive since retirement — at the NISMO Festival last December. Now, with the project officially complete, we asked Kiga-san what the next restoration will be. “It’s not confirmed,” he said, “but I would like to restore the Super Silhouette Bluebird next, and do it in its original red Coca-Cola livery.” We hope it happens, and look forward to see it running.

permalink.
This post is filed under: Collections and
tagged: 24 Hours of Spa, group a, nissan, r31, skyline.