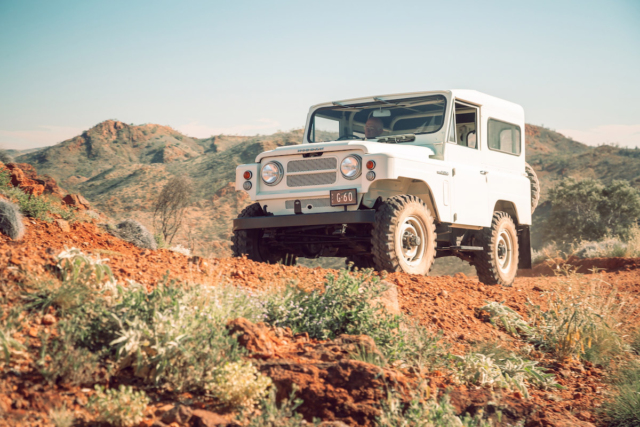 Sixty years ago, the Sprigg family made history as the first to cross Australia’s Simpson Desert in a motorized vehicle. That vehicle was a G60 Nissan Patrol, a four-wheel-drive rival to the Toyota Land Cruiser. The Spriggs made the 12-day trek with no maps, GPS or radio, only a bare minimum of supplies and a 200-liter (53 gal) drum of fuel in the back. 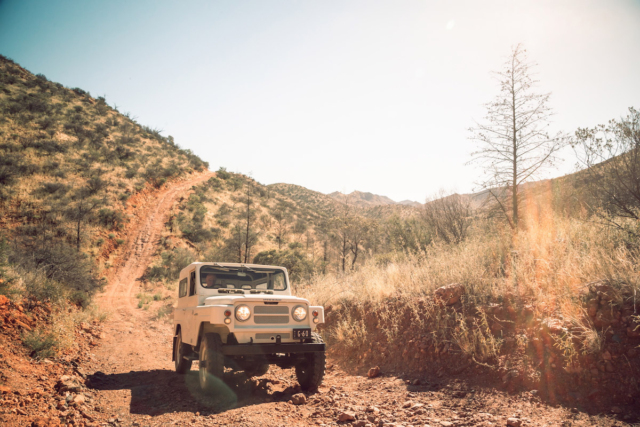 The Simpson is the world’s largest parallel sand dune desert in the world, its waves of sand stretching north-south. It extends 68,150 square miles into three states, the Northern Territory, Queensland, and Southern Australia. Father Reg was the founder of the exploration company South Australia and Northern Territory Oil Search Ltd. and was working to find oil companies find routes through the inhospitable region. 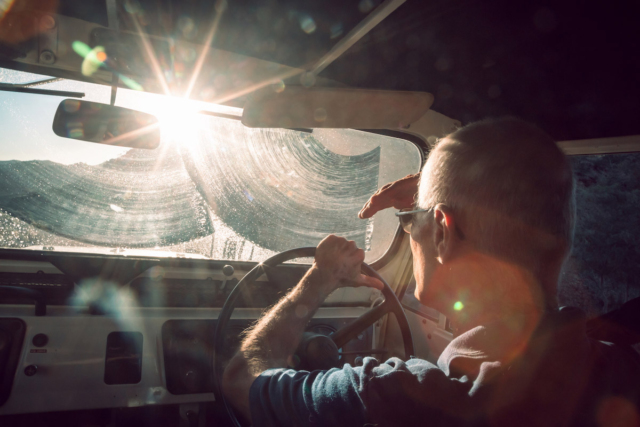 Setting forth eastward from Andado Station in the Northern Territory were Reginald Sprigg, his wife Griselda, and their two children Marg (10) and Doug (7). The family sat four wide on the Patrol’s front bench. Doug, now 67, remembers only being tall enough to peer through the cooling vents beneath the windshield frame (kids today don’t know how good they have it!). 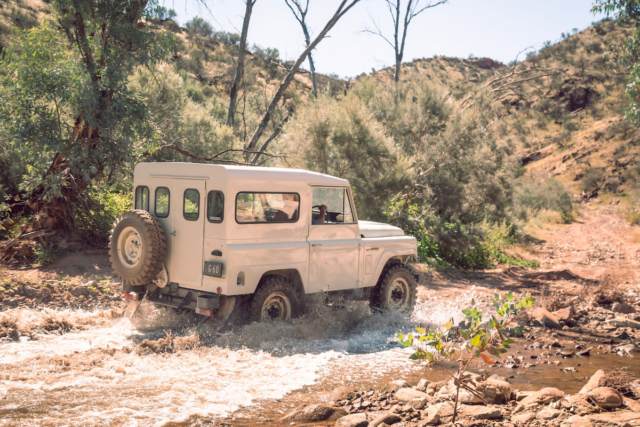 The family relied only on Reg’s extensive knowledge of off-roading, navigation, geology, and wildlife, and Griselda’s comprehensive preparations. The cargo area was packed with food and fuel, so at night the Spriggs camped beneath starlight. According to Drive,com.au, Marg had to be staked down to prevent her from sleepwalking. 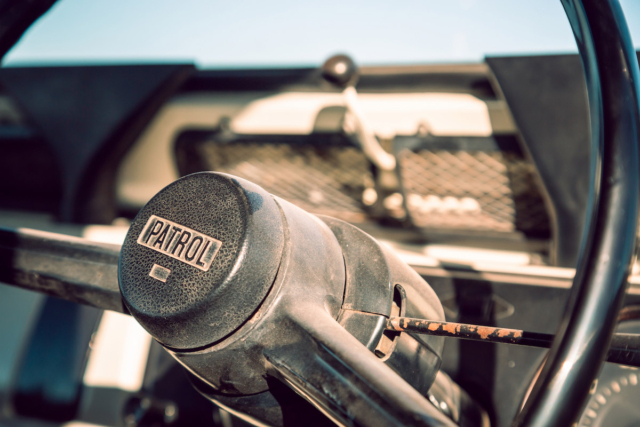 One of the biggest challenges were the sprawling growths of saltbushes, some of them wider than the wheelbase of the Patrol. The vehicle would get high-centered on the dry bush, the hot exhaust in danger of igniting the foliage. In an interview on Australian TV in 2012, Marg and Doug recalled their mother jumping out of the car to yank the prickly brush from beneath the vehicle, sometimes without gloves if time didn’t allow. 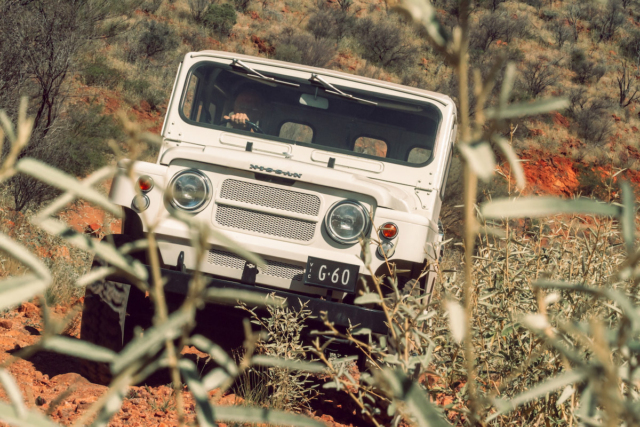 With a large fuel drum in the back, the kids would be told to get away from the car. Marg recalls her parents’ lessons: “If something happened to them, if the car blew up, and they weren’t there any more, that I’d look after my little brother and just light a fire when help came.” 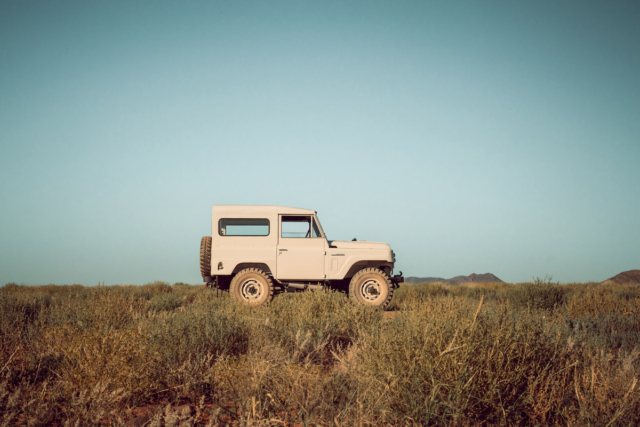 The Spriggs spent most of their drive in solitude. There were spans of several days where they did not see another human being. On a few occasions they encountered colleagues driving north-south “inter-dune” routes, and at one point rendezvoused with a re-supply plane. 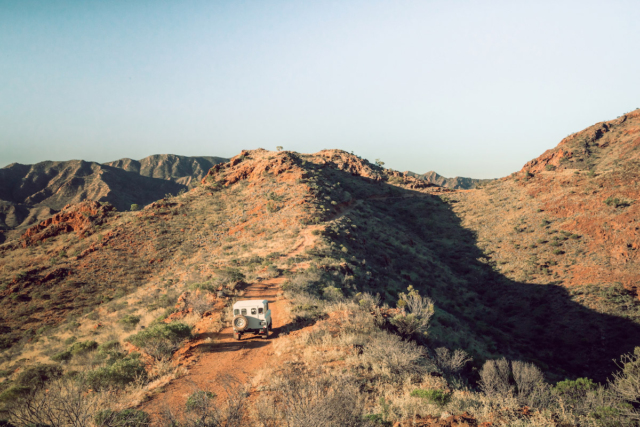 Some vehicles joined the Spriggs along their route, but none of them made it without significant mechanical injury. Gearboxes and differentials succumbed to the desert, but the Patrol never had any major issues, aside from a few tire punctures. Not that Reg was easy on the car. “It was punished,” Doug says. “Dad believed that vehicles had to work for their living.” 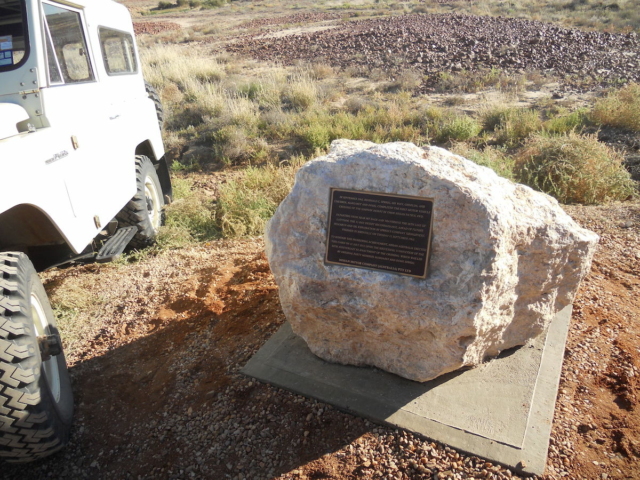 After crossing 1,100 sand dunes, the Spriggs made it to Birdsville in Queensland on September 11, 1962. They had averaged only 5 kph. However, the geological surveys Reg conducted during the trip proved useful a year later, when French Petroleum bulldozed the French Line just south of the route the Spriggs took. Today, thousands of off-roaders cross the Simpson on the French Line every year. 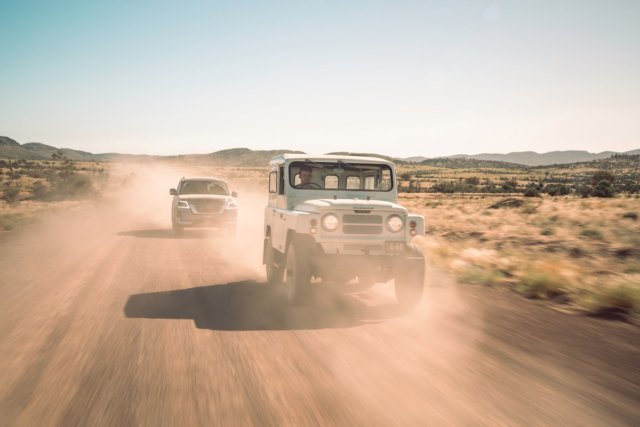 In 2012, on the 50th anniversary of the Spriggs’ expedition, Nissan held a celebration in Birdsville with many Patrol fans attending. According to Sunrise Australia, it swelled the population of Birdsville to five times its normal size. Nissan installed a Cairn commemorating the Spriggs’ achievement on the edge of town. Capping off the tribute were Marg and Doug, who recreated their parents’ trip, though along the French Line, with a G60 and a couple of modern Patrols as support vehicles, all provided by Nissan. As for the original G60 Patrol, sadly, it has been lost to the sands of time. 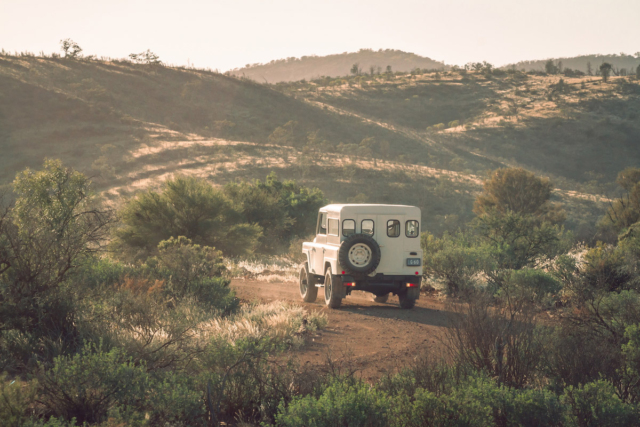 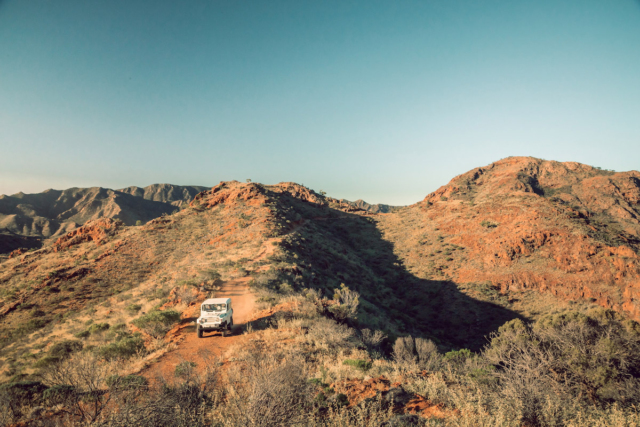 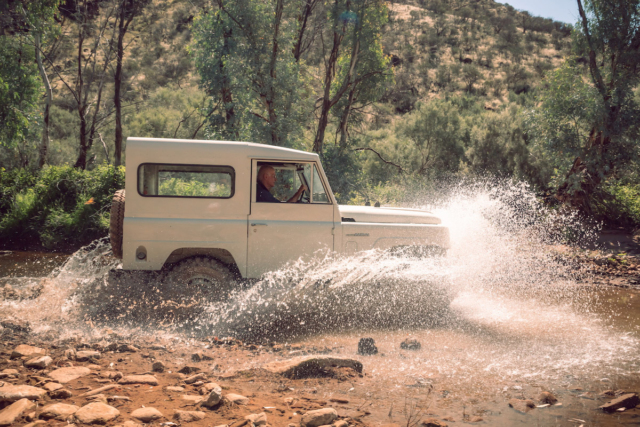 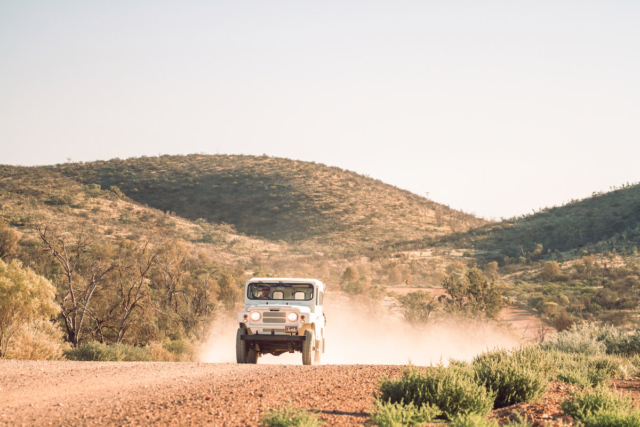 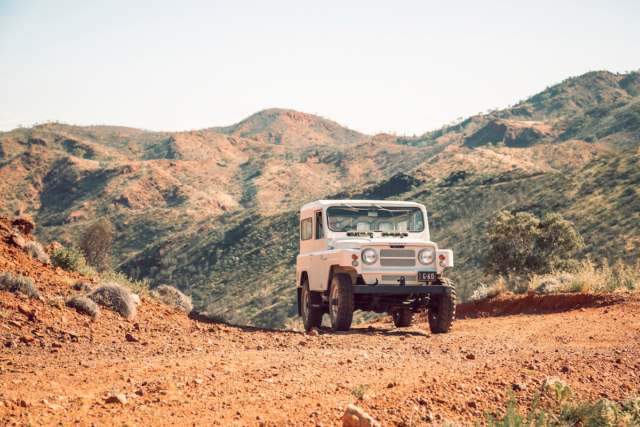 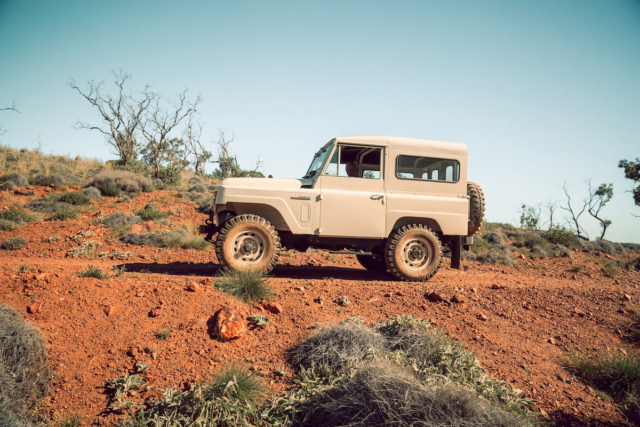 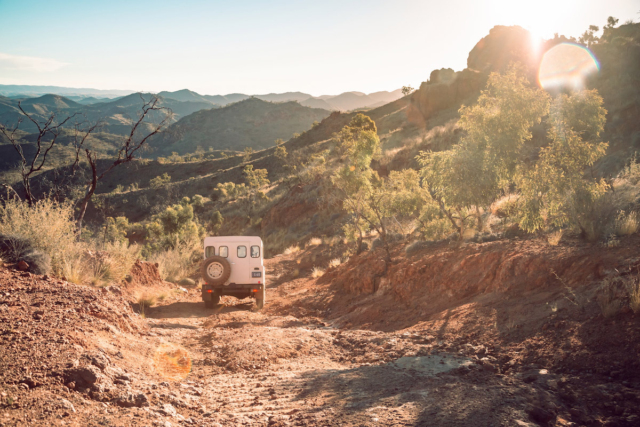 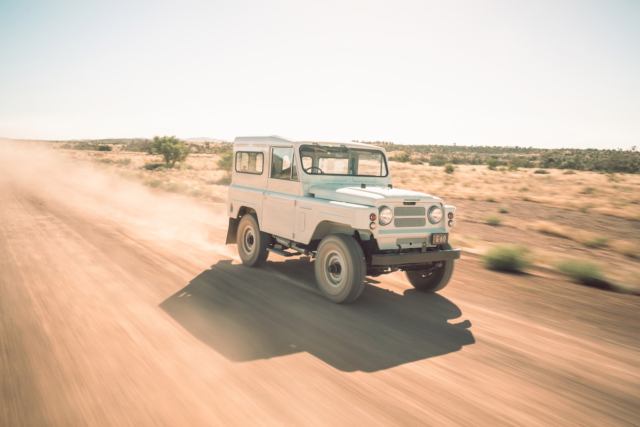 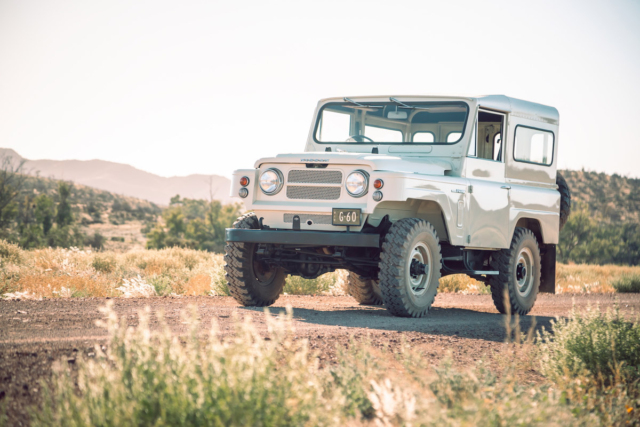 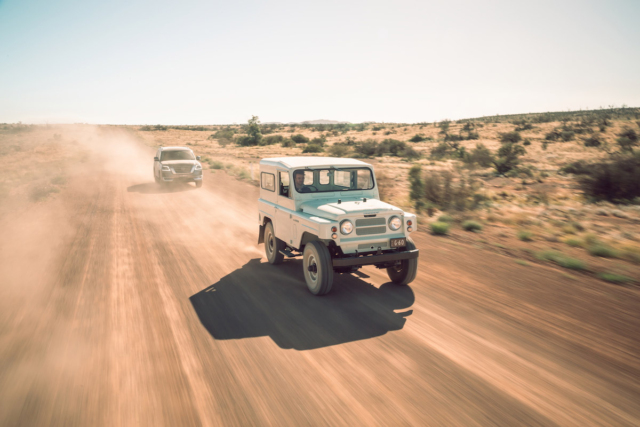 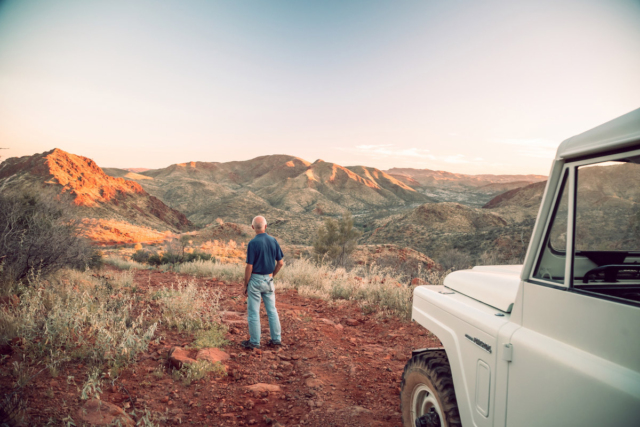 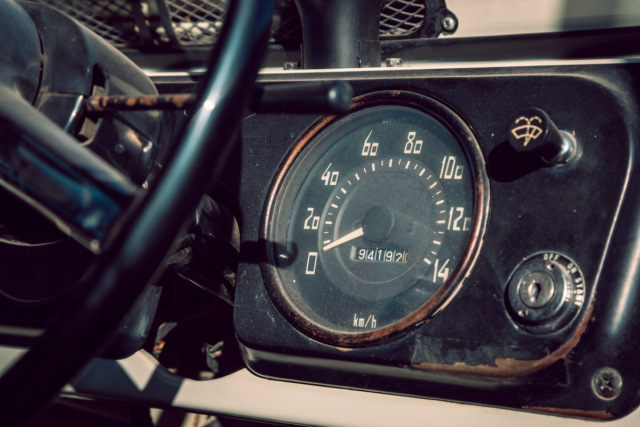 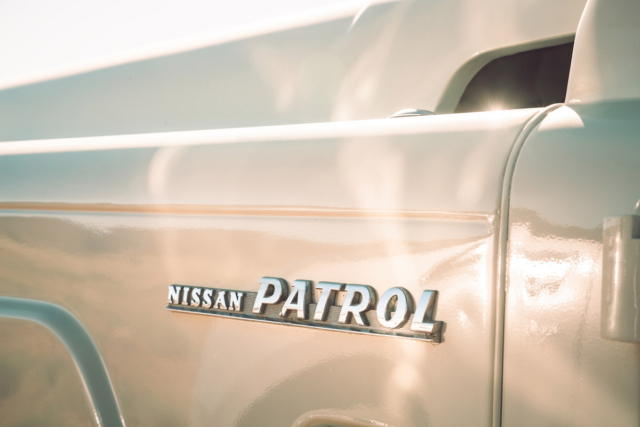 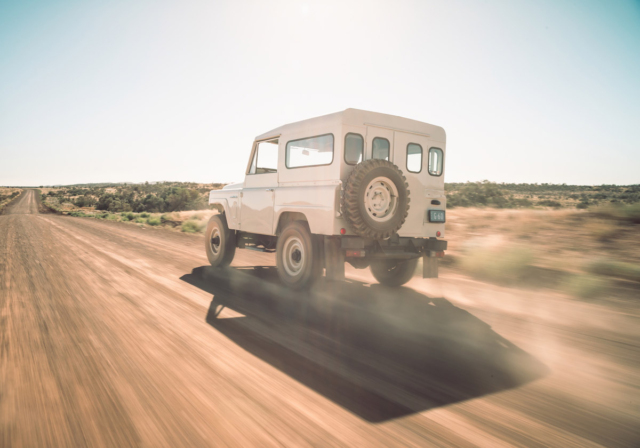