NEWS: Nissan celebrates 50 years of the GT-R with a 710-horsepower golden Godzilla 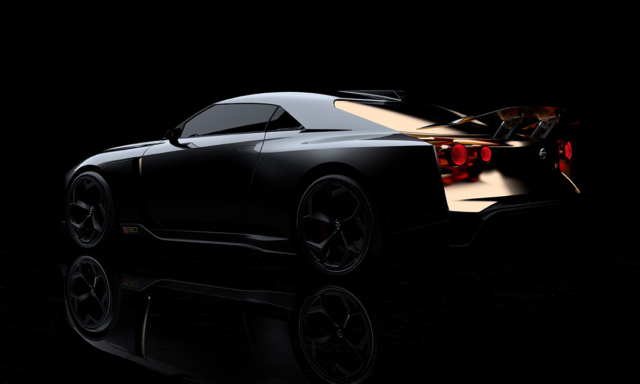 Next year marks the 50th anniversary of the Nissan GT-R, one of the most sacred names in autodom. To celebrate the upcoming birthday, Nissan has teamed up with the design firm Italdesign, which also happens to be turning 50 this year, to create the Nissan GT-R50. The custom is described by the company as a “GT-R without limits.” 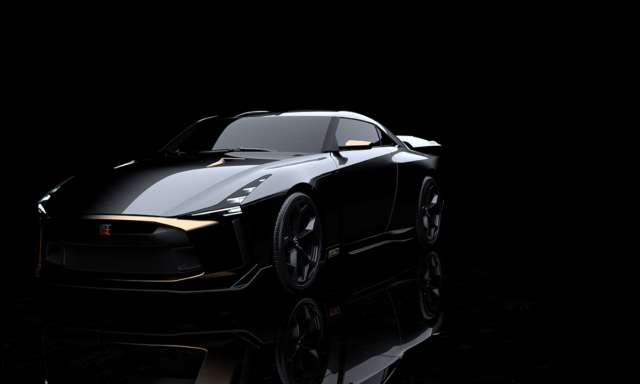 Starting with an R35 GT-R NISMO, the renowned Italian carrozzeria transformed every surface of the car. Some are obvious, like the terrace of LED headlights that stretch to to the cowl, or the gold accents along the grille, mirrors, the “samurai blade” cooling vent just aft of the front wheels, and most of the rear. 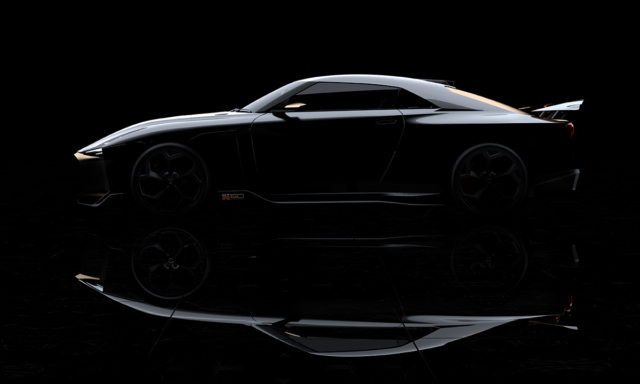 Others are a bit more subtle, like a roofline that has been chopped by 54mm (2.1 inches) and a larger power bulge in the hood. The rear window extends further towards the stern as well, with the shoulder line lengthened to taper towards its base. 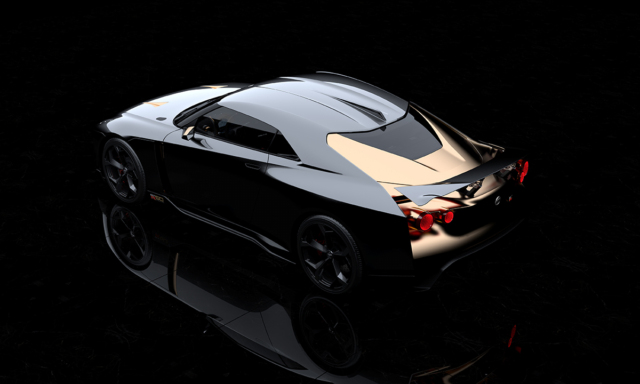 It’s impossible to miss the vast sheet of gold that dominates the rear. Nissan calls it Energetic Sigma Gold, while the rest of the body is finished in Liquid Kinetic Gray. The rear spoiler has been replaced with an adjustable wing that’s gray on top and gold on the bottom. 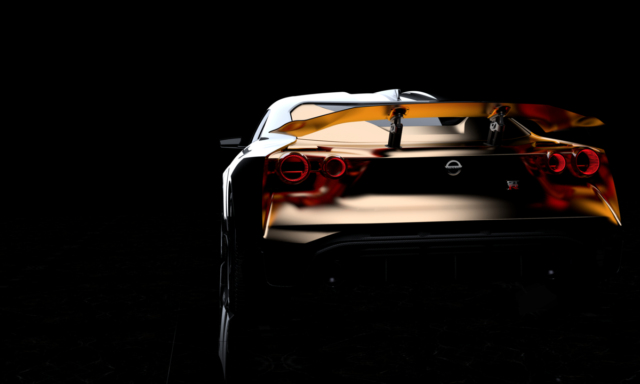 The GT-R’s trademark round taillights have been transformed into floating rings, similar to the ones found on the Concept 2020 Vision Gran Turismo that we saw at the Tokyo Motor Show in 2015. 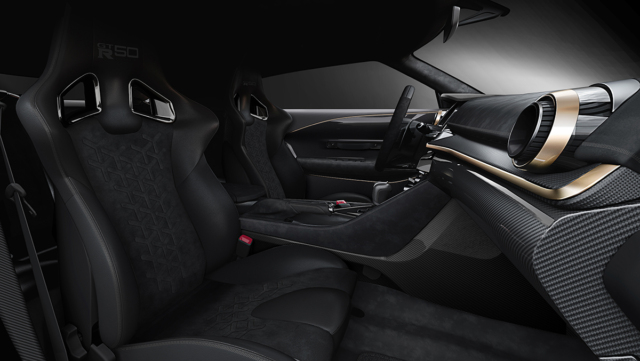 The GT-R’s standard interior has been heavily reworked as well, with a swooping center console and rocket-like vents ringed with gold accents. Surfaces are comprised two distinct finishes of carbon fiber, while black Alcantara and Italian leather cover the seats. 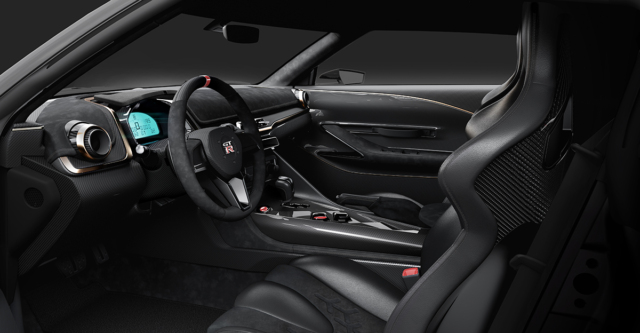 Nissan says the steering wheel’s hub and spokes are also made of carbon fiber, surrounded by a Alcantara rim. Gold accents continue along the instrument panel, doors, and switchgear. 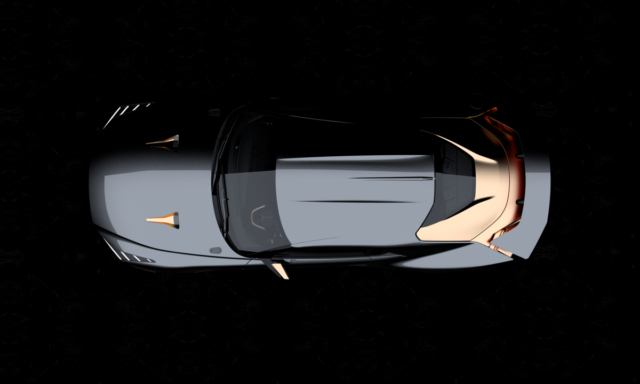 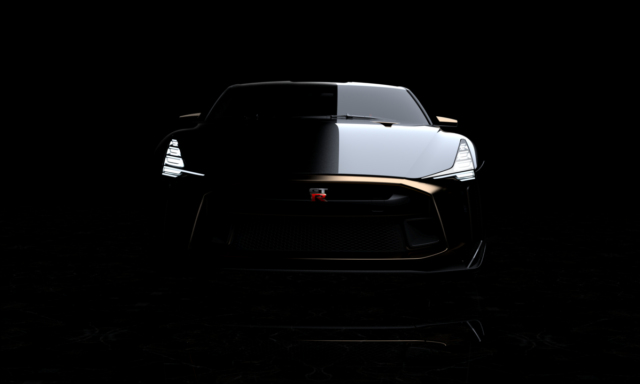 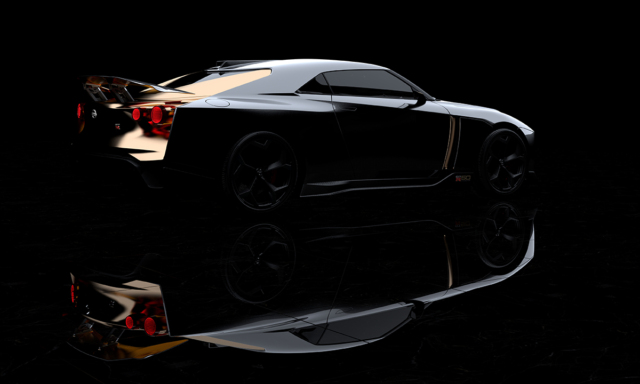 To handle the power, the transmission, differential and driveshafts have all been strengthened. The suspension rides on new continuously adjustable Bilsteins as well. 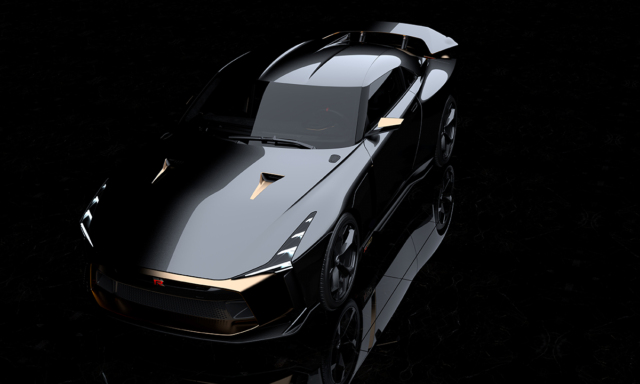 According to the company, the exterior and interior were the creation of Nissan designers at Nissan Design Europe in London and Nissan Design America in southern California. Italdesign built what will likely be a one-off, though the company has not said definitively whether that’s the case. We’ve reached out to a Nissan representative and will update if we hear back.

The technical specs do sound impressive and the car is much more than a simple anniversary badge slap and repaint. It would have been easy to festoon it with a some spoilers and scoops, but instead no bit of sheetmetal was left untouched. Yet, the end result is still instantly recognizable as a GT-R, which is no easy feat. The Skyline GT-R has always been about exotic-slaying performance in a package that didn’t scream “supercar.” Now, it seems, the wolf is in wolf’s clothing.

9 Responses to NEWS: Nissan celebrates 50 years of the GT-R with a 710-horsepower golden Godzilla