NEWS: It’s probably not a good idea to speed in Japan anymore 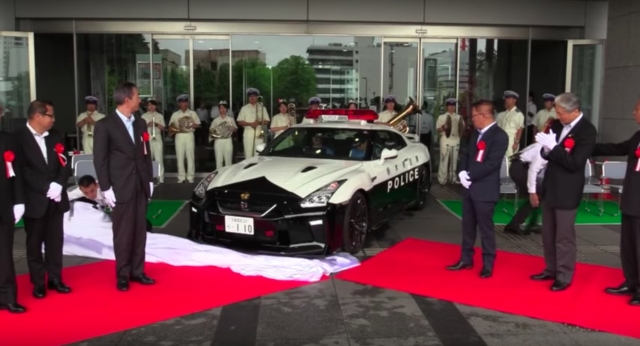 A Nissan GT-R patrol car is now on duty in Japan. At a ceremony today, the country’s fastest pursuit vehicle was donated by Nissan to the Tochigi Prefectural police department. The gift marked 50 years of operations of Nissan’s Kaminokawa, Tochigi factory, where GT-R is built.

“The members of the patrol unit were excited to hear that the GT-R is joining the fleet,” said Masaki Tanaka, commander of the expressway patrol unit. Ya think? 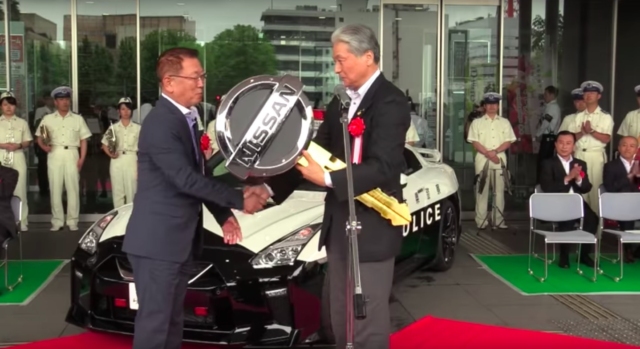 The ceremony included the exchange of a comically large key, which is doubly funny since the GT-R no longer uses a physical key to unlock or start the car. What is it with mayors and giant keys? 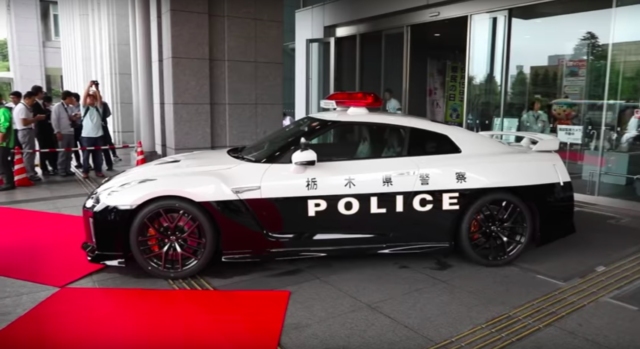 This is the first time a GT-R has been converted to a police car in Japan. It appears to be the non-NISMO version, so “only” 565 law-enforcement horsepower lies under the hood. Externally, the car adds a light bar, siren and beacons in the grille. The white-on-black paint job looks sinisterly cool with with with its black 20-inch Rays. 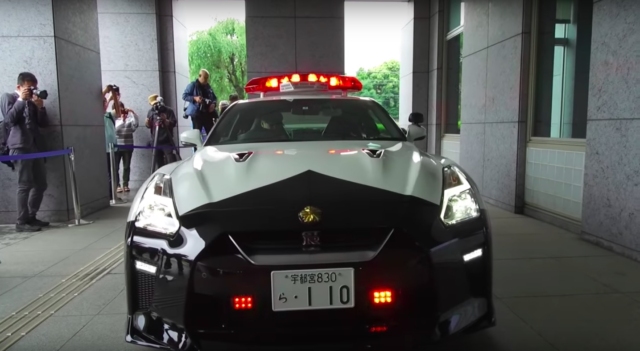 Lit up, this is the new face of terror in your rear view mirror if you happen to be speeding through Tochigi. Nissan says that in addition to gobbling up miscreants, police Godzilla will also be used in promotion to get kids interested in cars.

Of course, this isn’t the first time a high-performance car has been used as a police vehicle in Japan. The Bubble Era routinely saw cars like the Nissan Skyline GT-R R34, Honda NSX, Toyota Soarer, Mazda RX-7 and Mitsubishi 3000GT dressed in black-and-white uniforms. It’s good to see Japan up to its old tricks again.

Thanks to Masahiro K. for the tip!

18 Responses to NEWS: It’s probably not a good idea to speed in Japan anymore