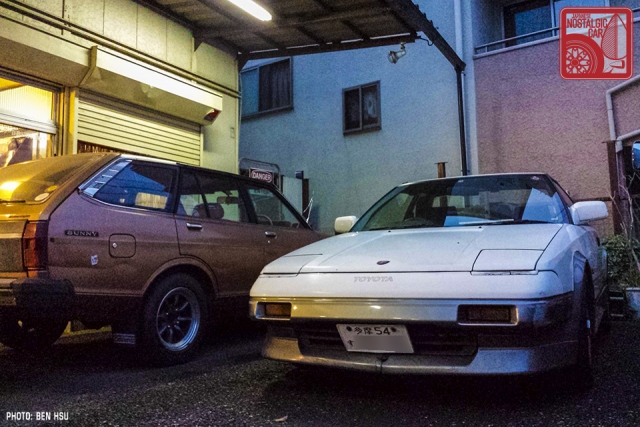 It’s easy to get lost in Tokyo. The streets aren’t laid out in a grid and often have no signs on them, or if they do, they’re in Japanese. As a car otaku, the problem is compounded because rather than looking at buildings or landmarks, I’m looking at cars. And as you know, cars have a habit of not staying still. Moving is kind of their thing. Getting lost has its perks, though. For one, it’s surprisingly easy to stumble upon shops and parking lots with interesting J-tin parked in them. 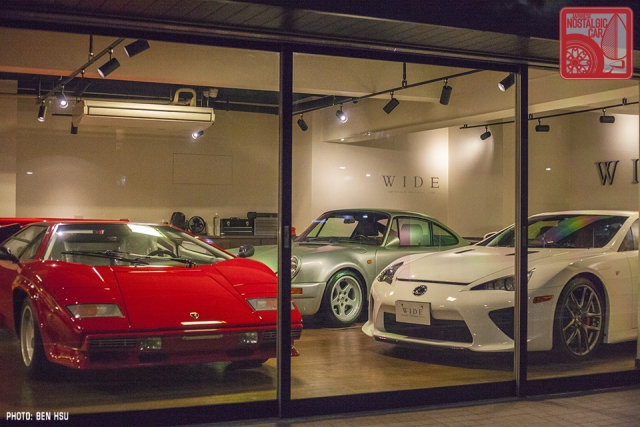 Where you get lost will dictate what kind of cars you see. Within the boundaries Yamanote Line that circles the heart of Tokyo, you’re more likely to see a luxury car dealership than a crusty ojisan tending to a field of old Nissans. I would prefer to see the latter, but hey, it’s not every day that you happen across a showroom stocked with the ultimate in Axis Power supercars. 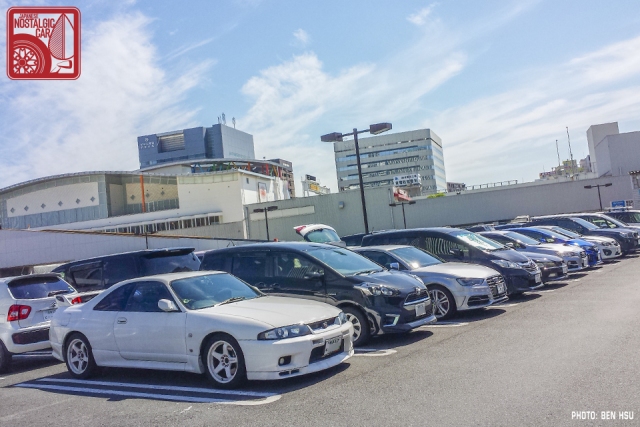 Wandering around the more suburban areas like parts of Yokohama, you come across big box retailers. The only difference is, in Japan you have a multiple Best Buy style chains for aftermarket car parts. I can’t remember whether this was a Super Autobacs, Yellow Hat, or JMS, but there was a pristine white R33 GT-R just cold chillin’ in the parking lot like it was 1997.

In fact, on the day we walked by, there was a promotional car show going on. The store had invited its customers to come out with their cars with some small giveaway. Unfortunately, we didn’t know about it beforehand and by the time we arrived most cars were leaving. We did catch a sleek Mazda Atenza Wagon and a Nissan Cima before it cleared out, though. 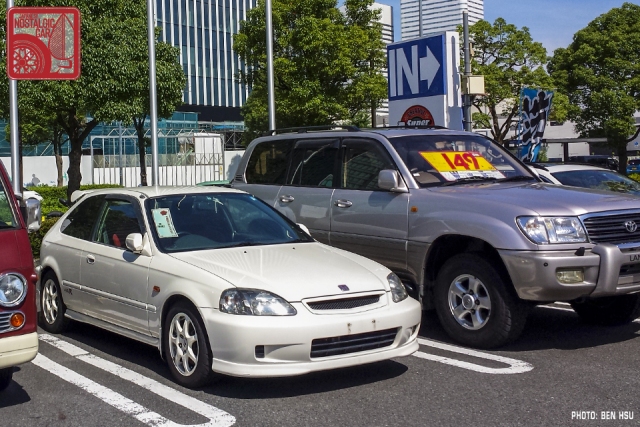 Many such stores have used cars for sale as well. Imagine your local Pep Boys having a Civic Type R for sale, just nonchalantly looking at you with adopt-me eyes while nestled between a 100-series Land Cruiser and a faux-retro kei van. 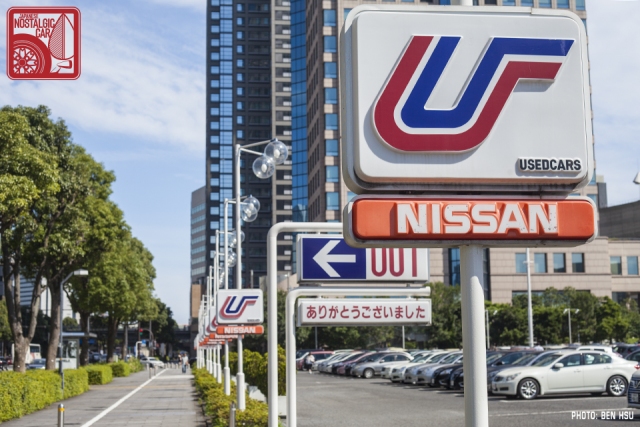 Speaking of used cars, nearby was a row of used car lots run by the subsidiaries of the manufacturers themselves. Unlike American dealerships, where a Nissan dealership could have any make for sale depending on what customers traded in, in Japan there are only Nissans at the Nissan store. The Toyota store next door only had Toyotas, and so on.

What’s bizarre is that at the time these photos were taken the new Prius had been out for less than a year. There were dozens of them there, with no less than three in Thermo-Tect Lime Green, a Japan-only color that supposedly keeps the car cooler by removing all traces of carbon (which is black) from the paint. Why the quick turnaround? 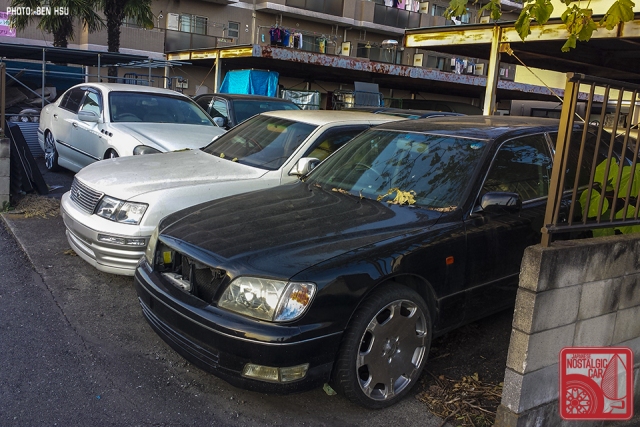 Most tourists don’t stray too far from the Yamanote Line around Tokyo or the major routes that take one from large city to large city. However, if you start wandering into the less glitzy areas of Tokyo and into the bedroom communities you start finding shops like this one, packed to the sidewalk with VIP sedans. 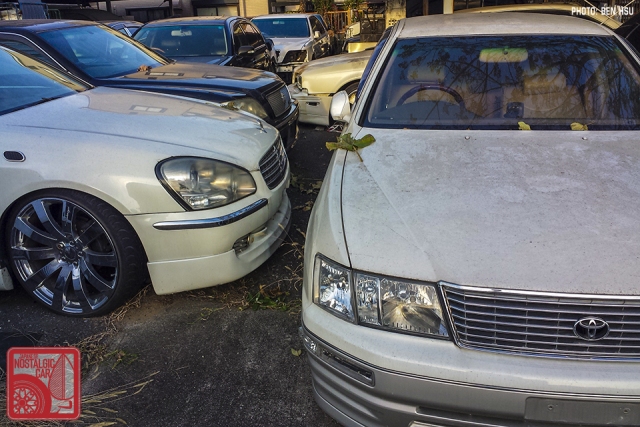 Though it appeared to be a shop, we couldn’t see any evidence of actual work being done, and the none of the cars looked like they’d moved in a while. There was everything from Toyota Celsiors to Nissan Cimas, all with the potential to be frame-dragging VIP sleds. Naturally, there were only two colors, black and white. 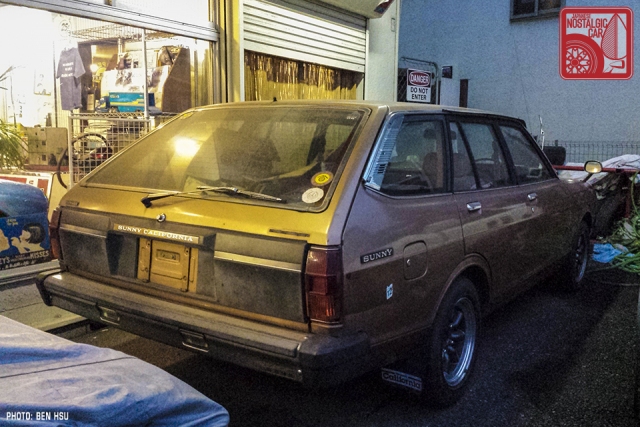 Get even further out into western Tokyo, away from the gleaming skyscrapers of Shibuya, and you’ll find shops run by oldsters who have been working on cars since the heyday of the Showa Era. In typical fashion, the lot out front was smaller than a New York hotel room, but the diversity of J-tin was vast. Parked next to the 80s-tastic two-tone AW11 MR2 (lead photo) was a rare B310 Sunny California (the name given to all wagon versions of the Sunny). 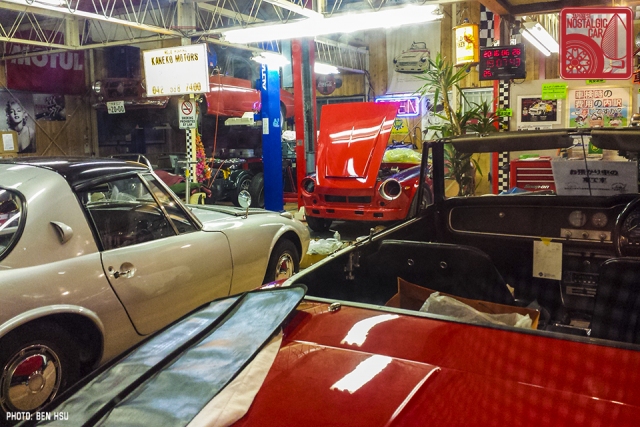 The shop was closed by the time we arrived, but a peek inside revealed a shrine to the 1960s. Not only was there a collection of Sixties Japanese sports cars, a Toyota Sports 800 and Datsun Fairlady roadsters, but also signs, artwork, and a photo of Marylin Monroe. 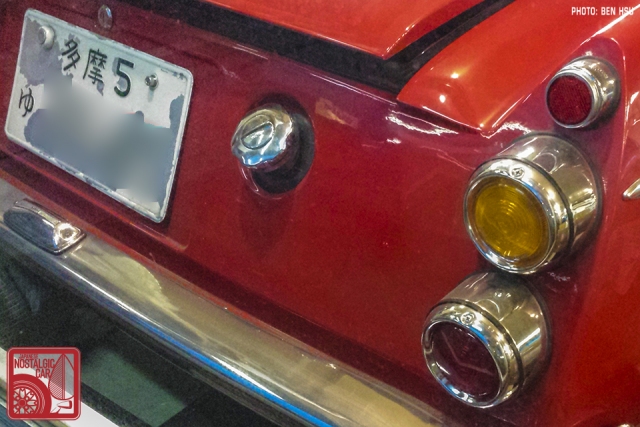 One of the Fairlady Roadsters was a single-digit plate car, meaning that it had been registered in the same region for over half a century. The plate even carried a great bit of patina with its flaking paint. 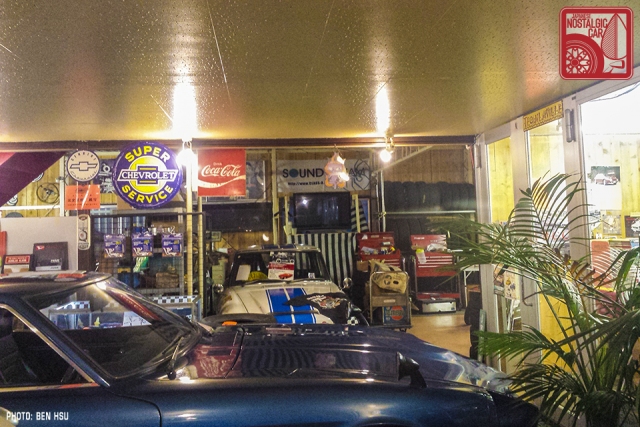 Stalking the shop through a different window revealed an S130 Fairlady Z and another Fairlady roadster. The room was decorated with vintage signs from the US as well, denoting Coca Cola and Chevrolet authorized service, even though there was not a Chevy to be seen for miles. It’s typical, though, as many mechanics of a certain age have great nostalgia for the Showa Era. 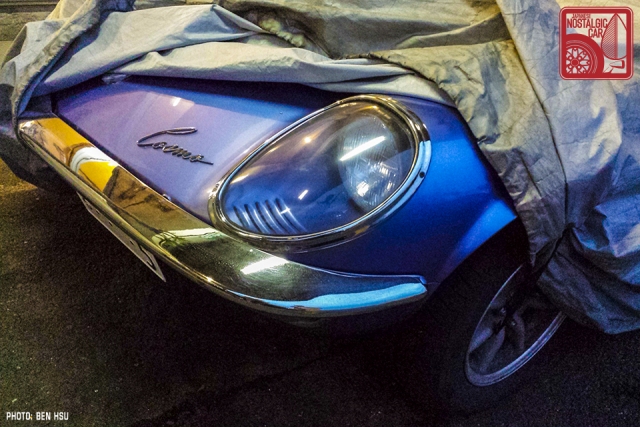 Before leaving, my Japanese travel companion lifted the car cover on a low-slung silhouette in the parking lot. Underneath was a Mazda Cosmo Sport on Watanabes and finished in a non-factory but beautiful shade of metallic blue.

As we’ve seen on JNC, once you get out of Tokyo there are even more shops with yet more languishing J-tin. If you were to ask how to get to any of these places, even with a gun at my head I wouldn’t be able to explain it. The only answer, really, is to get lost.