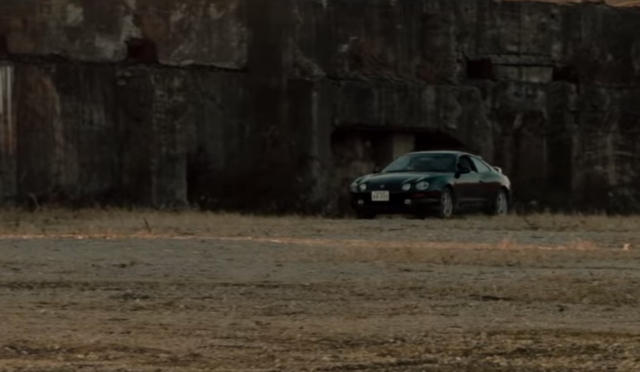 There’s a new trailer out for Prisoners of the Ghostland, a bizarre looking movie that takes place in some kind of Japanese Bartertown. It stars Nicholas Cage and, frankly, looks terrible, but there are at least some notable cars in it. Cage, for example, seems to have a bugeye Toyota Celica as his main ride.

The story seems to center around Cage, a prisoner in a chaotic town ruled by a guy in a Boss Hogg cowboy hat. But instead of a Cadillac with steer horns on the hood, he rolls around in a HG50 Nissan President. 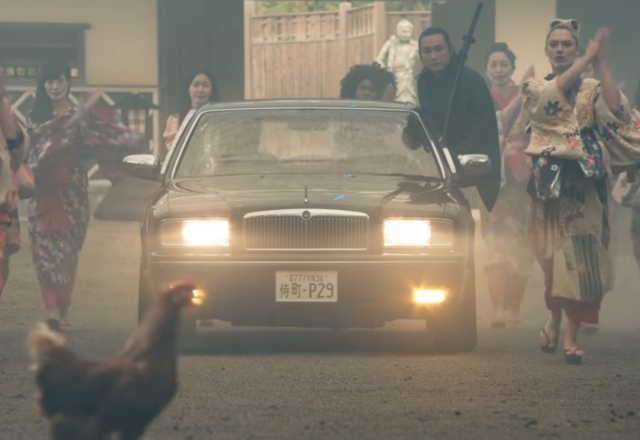 He lets Cage go free, on the condition that ol’ Nic finds the boss’ missing daughter. To keep Cage from just running off, though, he forces Cage to wear a suit covered in small explosives, including a pair right over his balls.

Next thing you know, Cage is driving around the decrepit city in a shiny black T205 Celica. Sadly, it’s not a GT-Four, which would really be a lot better for bombing through a lawless wasteland. There’s even a close-up of Cage doing a one-wheel peel as he darts off somewhere. For such an unruly place, the car looks to be in surprisingly good shape and not Mad Max-ified. The closest we get to wildly modified vehicles is some kind of dekotora shop.

Not all the cars fare so well, though. In another scene a first-generation Mazda Luce and T2000 look like they’ve seen better days. Prisoners of the Ghostland comes out September 17 in theaters and on demand. If director Sion Sono’s past movies are anything to go by it’ll be quite a spectacle. That doesn’t mean it’ll actually be good, but we’re just here to point out the cars.