NEWS: What could Nissan have planned for the NY Auto Show? 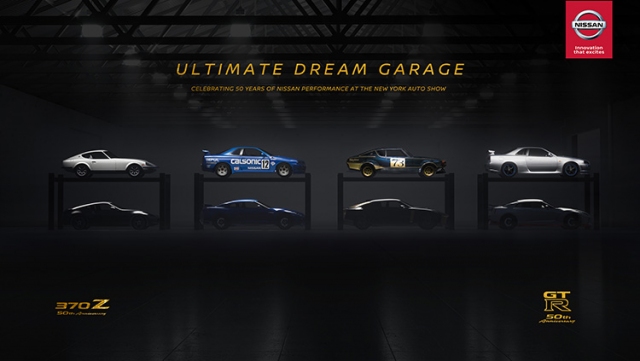 Nissan has released a teaser for the New York Auto Show next month. Titled “Ultimate Dream Garage,” the image shows several iconic Nissans, including an S30 Z, the Calsonic R32 Group A race car, the Tokyo Motor Show Kenmeri GT-R, an R34, and several shadowy silhouettes of what appear to be a 370Z and a trio of R35s. 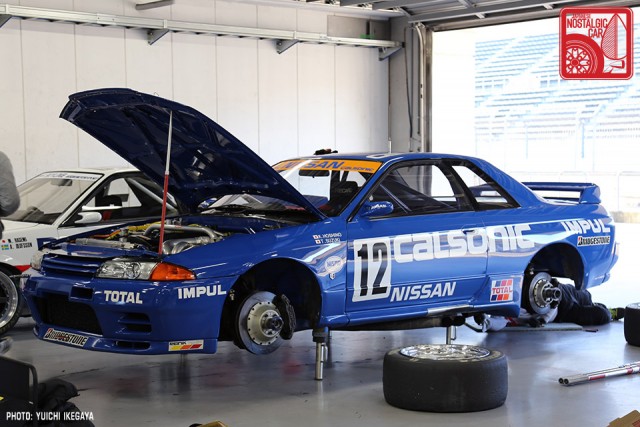 2019 marks the 50th year of two of Nissan’s most iconic models. We celebrated the golden anniversary of the Nissan Skyline GT-R back in February, and will do so again this October when the Z turns 50 as well.

From the image, it appears as if Nissan is bringing out some more classics from its Zama DNA Garage to New York. If so, this will mark the first time on US soil for cars like the Calsonic R32 and TMS Kenmeri GT-R.

As for the corresponding cars below the classics, Nissan is hinting at a few analogues. We are 99.9 percent certain that it’s not the next versions of the Z or GT-R, but the “370Z 50th Anniversary” and “GT-R 50th Anniversary” logos at each corner seem to hint at some special editions.

If this turns out to be anything like the New York Auto Show a few years ago, when Nissan united all six generations of the GT-R on US soil for the first time, it will be a must-see for Nissan fans.

6 Responses to NEWS: What could Nissan have planned for the NY Auto Show?