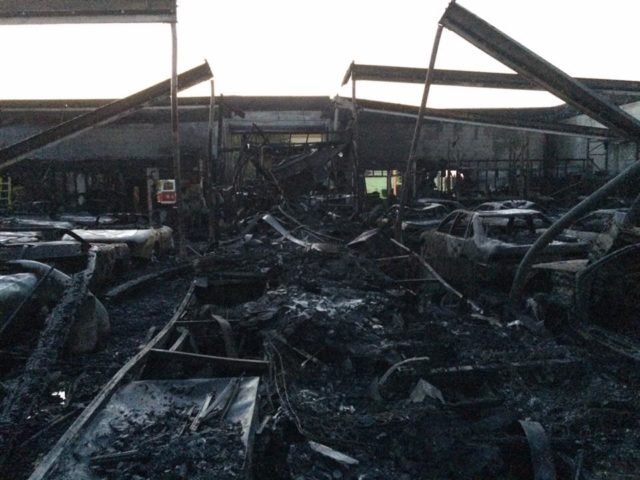 Yesterday evening a fire destroyed one of the warehouses of International Vehicle Importers. The Ontario, California-based company was well known in southern California and beyond for importing unique cars from Europe and Japan, with a specialty in Skyline GT-Rs, mostly R32s. Fortunately, no one was hurt, although manager Sean Morris posted the above image to Facebook with the accompanying message: “2 dogs missing. Max and Gigi. Lost 24 cars, 3 motorbikes, about 5 motorcycles. Lots of personal items.” [UPDATE BELOW] 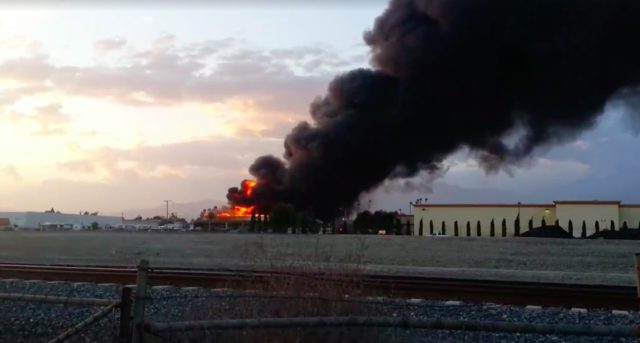 Morris was on the east coast participating in the One Lap of America when news of the fire broke. A separate post on the IVI Facebook account last night read:

To our customers , followers, and fellow car enthusiast. As you made have heard there was a fire at our Ontario warehouse which sadly resulted in a total loss. Fortunately, the majority of our inventory is housed in other warehouses leaving a small but still meaningful impact on our inventory. We will be removing lost cars from our inventory tomorrow so if you see it on our website, it is still available and unharmed

Those in southern California are likely familiar with IVI‘s frequent appearances at shows such as Nissan Jam and JCCS. We will have updates as they come in.

UPDATE 1 5/3/2016: The bodies of one of the dogs was found in the wreckage; the other one escaped and was found safe but shaken.

Images via Facebook; screenshot of video by Joseph Gerald