NEWS: Toyota to buy Daihatsu, make it a global brand

Toyota has announced it will buy out Daihatsu in a stock deal worth about $3 billion. The Big T currently owns a controlling stake in the small car manufacturer, approximately 51.2 percent, and Daihatsu has served as Toyota’s kei and compact car arm since the companies began their alliance in 1967. Though they have shared many platforms in the past (the photo above is a Toyota Corolla-based Daihatsu Charmant), the formation into a single company will allow Toyota to take the Daihatsu brand global. 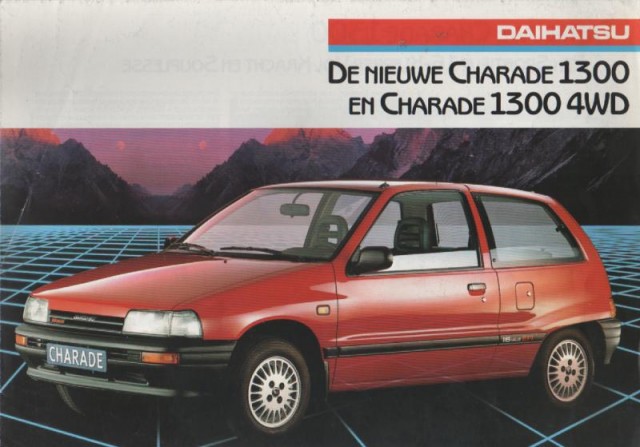 Does this mean we will once again have Daihatsu Charades in the US? Not likely. Toyota wants an entry-level brand that will appeal to emerging markets. According to Reuters:

The companies intend to develop Daihatsu into a global brand as they focus on growing markets for compact cars, noting that entry-level car markets were expanding due to economic development and that vehicles were becoming smaller due to environmental and traffic concerns.

Daihatsu will also be quicker to adopt Toyota’s technology. Between Daihatsu and its biggest competitor, Suzuki, the two own about 30 percent of the massive kei car market in Japan. Suzuki has been partnering with Nissan and Mitsubishi to offer them re-badged kei cars as well.

Daihatsu is one of Japan’s oldest engine manufacturers, founded in 1907 as Osaka Movers Manufacturing Co., Ltd., and building stationary internal combustion engines for industrial use. In 1930 it offered its first vehicle, a 3-wheeled truck. A business alliance was formed with Toyota in 1967, but Toyota did not acquire a majority stake until 1998. By August 2016, it will be a wholly owned subsidiary of Toyota Motor Corp.

permalink.
This post is filed under: Uncategorized and
tagged: charade, Charmant, daihatsu, toyota.

14 Responses to NEWS: Toyota to buy Daihatsu, make it a global brand