The first true sports car since Toyota’s launch of its Gazoo Racing performance sub-brand goes on sale in Japan today. The GR Sport 86 is based of the Toyota 86 (née Scion FR-S, aka Subaru BRZ) but features a series of mild upgrades. And before you ask, the answer is no, it does not come with any more power. 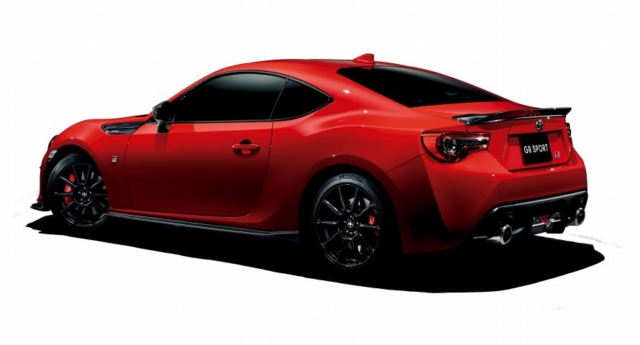 It does, however, come with 4-pot Brembo brakes in front and 2-pot calipers behind the rear wheels and 17x7J wheels. In other words, it’ll look a lot like the Subaru BRZ Performance Package. Perhaps of special interest to JNC readers, though, those black alloys were inspired by the RS-Watanabe racing wheels popular with vintage Toyota owners. 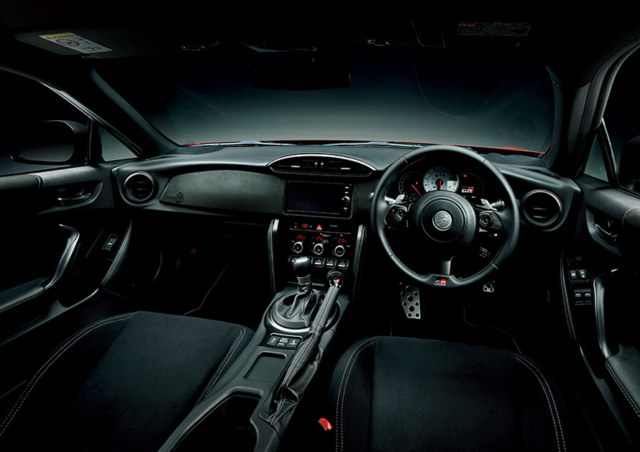 The rest of the package does not alter the mechanicals. There’s an exclusive front splitter and side fins, a leather steering wheel with silver stitching, and white-faced gauges in the instrument cluster. Naturally, there’s exclusive GR Sport badging and a GR start/stop button. Most of these parts are available a la carte as well, in case you already own an 86.

A new GR T-Connect multifunction screen now has a “racing recorder” that logs lap times and apparently has some circuits (or at least Fuji Speedway) pre-programmed. It’s limited to 200 units.

Though it’s nothing to get super excited about, it should be noted that GR Sport is merely the first level in the Gazoo Racing hierarchy. As this pyramid helpfully points out, above GR Sport there is a more serious GR level, topped off with the hard core GRMN that turns a Yaris into a rally monster.

A more powerful, 216-horse and bewinged GRMN 86 was sold before Gazoo Racing was reorganized into a performance sub-brand, but it was limited to 100 units. Hopefully, there will be room for 86es at the top two levels of the performance pyramid before the next-generation, bigger-engined 86 debuts.

permalink.
This post is filed under: News and
tagged: Gazoo Racing, toyota, toyota 86.