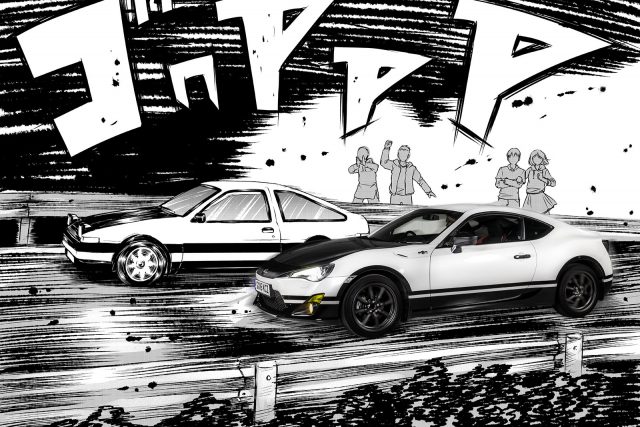 Often, things that are blindingly obvious to enthusiasts sail high over the heads of the automakers themselves. Sometimes, though, they nail it. Take, for example, Toyota UK’s creation of a Toyota GT86 (aka FR-S) inspired by Takumi Fujiwara’s fictional hachiroku from the classic manga Initial D. 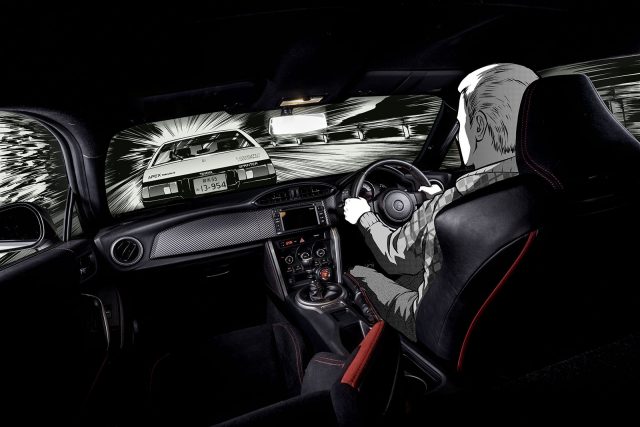 No one reading JNC doesn’t already know that the Toyota GT86 was ToMoCo’s effort at reviving the lightweight, FR sports coupe in the spirit of the AE86. Why it took four years after launch for the automaker to connect it with the most famous AE86 in the world is a question that will remain for the ages.

Better late than never, though, and Toyota UK’s special projects team has taken a concept that could have easily been cheap and cheesy and turned into something genuinely cool. 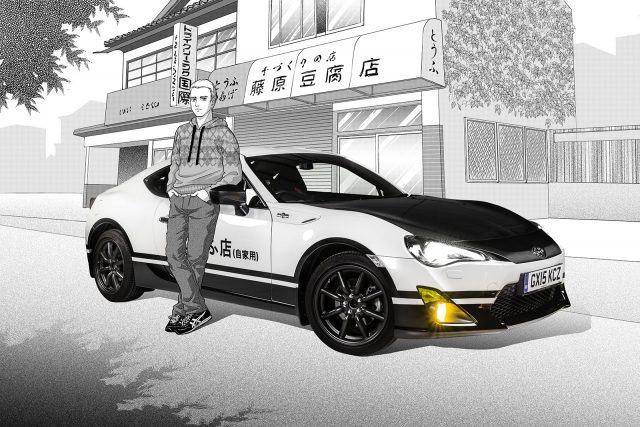 First, they took a real GT86 and made a series of modifications to create a “faithful re-imagining” of Takumi’s touge battle steed. Most obvious is the panda paint scheme, but the team went a step further and actually matched the proper tuning parts of the Initial D original whenever possible. 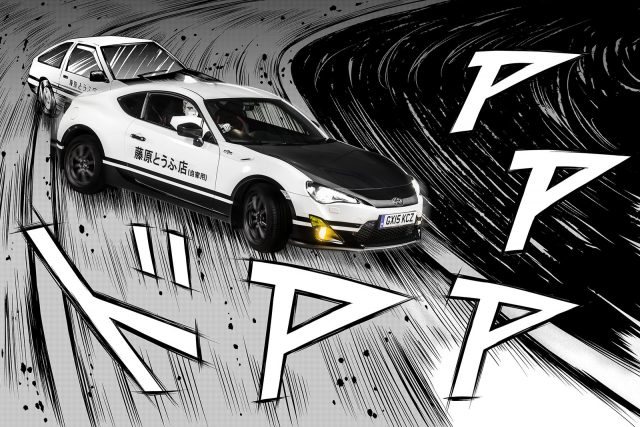 It doesn’t stop there. Toyota UK also removed the spoiler since Takumi’s car didn’t have one, wrapped the side mirrors and door handles in a carbon fiber effect to mimic the black plastic of the AE86, and even added mud flaps simply because they were there on the original.

Look closely at the back, and the even more AE86 cues are present, including tinted taillight lenses to match those of the GT-Apex, and a black horizontal band has been added to connect the taillights. That’s a lot of attention to detail, ones that only a hard-core enthusiast would get right. 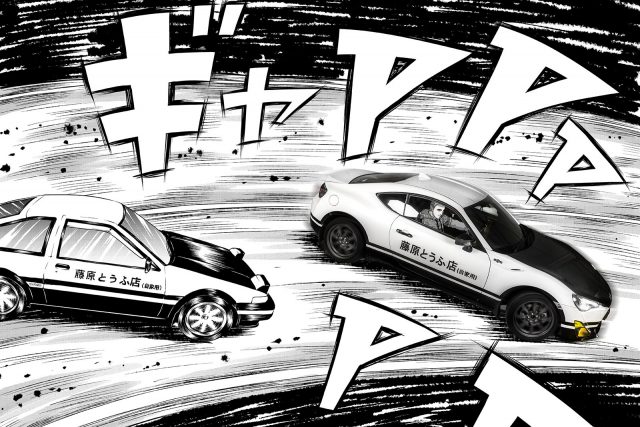 Lastly, Toyota UK hired artist Sonia Leong to illustrate manga-style backdrops in which to place the car. Joe Clifford from the special projects team had the following to say about the Initial D homage.

Right from the start, the Toyota GT86 was developed as a car that would appeal to enthusiasts, whether in standard trim or as an exploitable base for further modifications. With this Initial D concept we not only acknowledge how important the AE86 was in influencing Toyota’s modern approach to sports cars but also demonstrate how the GT86 can be aesthetically and dynamically improved with relatively simple aftermarket accessories. But perhaps most of all, we just thought it was an achingly cool idea.

The car will be shown at events across the UK this summer.