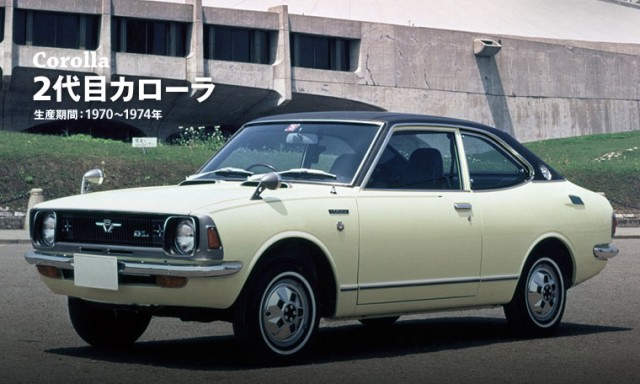 Over the weekend the humble Toyota Corolla surpassed 10 million in domestic sales, and Toyota Japan released a small video to in honor of the occasion. Of course the Corolla is already entered the record books in late 2013 for racking up 40 million in worldwide sales, but considering the fact that Japan has a population of just 127 million, those are pretty stellar numbers. The second-best selling car, the VW Beetle — which was still being built in Mexico until 2003 — doesn’t even come close at 21.5 million.

The video gathers together seven artists to sing the 1931 Japanese standard 丘を越え­て (Beyond the hills) while generations of Corollas and their sales numbers flash by. There’s even some cartoon 2000GTs in the mix. It’s not clear whether Sprinters or Levins are included in the final tally.

To get an idea of how many Corollas 40 million is, if parked end to end they’d wrap the equator four times. In the time it took you to watch that minute-and-a-half video, three Corollas were built and sold. Toyota estimates that about 26 million are still on the roads, spread across the 150 countries where they are sold.

permalink.
This post is filed under: Uncategorized and
tagged: cm, corolla, toyota.