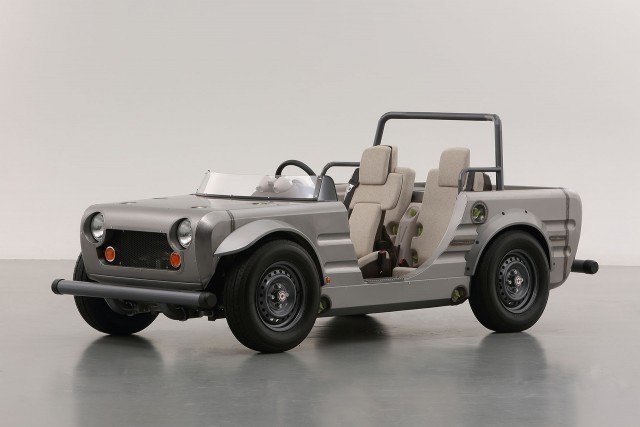 Given just how many JNC owners are also obsessed with scale model cars, it seems only fitting that Toyota chose to debut their latest retro concept at the upcoming Tokyo Toy Show. The Toyota Camatte Hajime looks like an FJ55 Land Cruiser hot rod, with a 1+2 seating layout á la McLaren F1. Best of all? It’s made for kids. 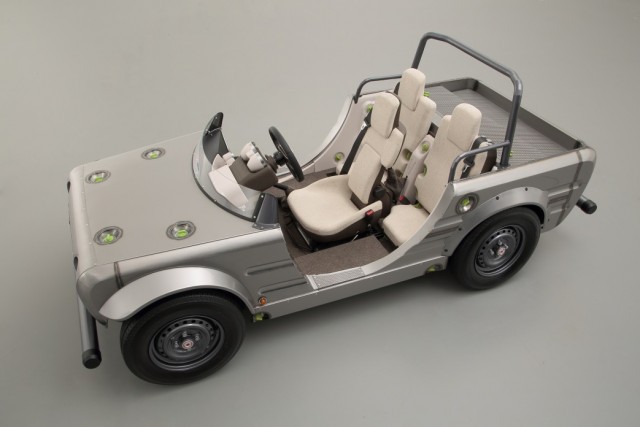 The Hajime is actually the sixth Camatte design, all of which have been shown at the Tokyo Toy Show. Toyota encourages children to climb in, play with the controls and generally climb all over it like the monkeys they are. The seats and pedals can even be adjusted to kid dimensions so that children can operate them. Power comes from an electric motor, and like the Datsun Baby that Nissan recently restored, it’s probably not fast enough for leadfoot rugrats to truly endanger themselves.

Every body panel on the Camatte is interchangeable, resulting in past projects like the Camatte 57s speedster and the Nissan Figaro-esque Camatte Sora. Hajime means “beginning” in Japanese, and Toyota says the name indicates there’s much more to come from the Camatte concept.

The Hajime is my favorite of the six Camatte concepts that have been built to date, simply because FJ55s are cool as hell and a hot rod version fitted with black steelies, a roll bar and over-fenders is something that I, as a grown man, would totally drive. However, if you think those touches are a bit to subtle for kids, Toyota’s also released renderings of brightly colored trucks and emergency vehicles that children are sure to spaz out over. What sugar-addled six-year-old wouldn’t go absolutely berserk over a purple fire truck? 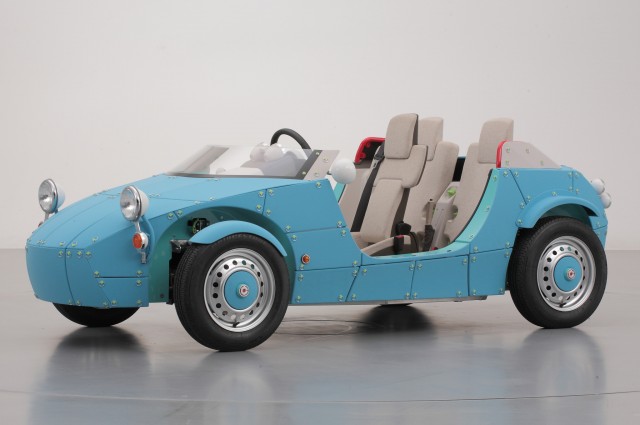 If you want to take cynical look at the project, you could say one of the world largest automakers is playing the long con, indoctrinating kids into the cult of the automobile so that they’ll have generations of customers to come. Diabolical! And you know what? I’m totally okay with it. The Tokyo Toy Show begins June 20.

permalink.
This post is filed under: News and
tagged: Camatte, Camatte Hajime, toyota.