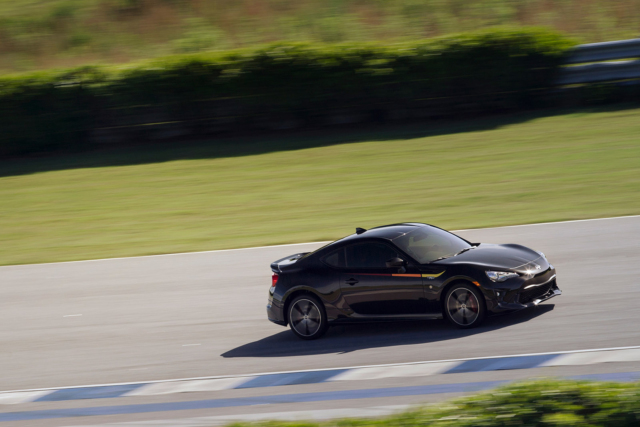 Toyota has announced a new version of its 86 sport coupe and bringing back some retro colors to go with it. The 2019 Toyota 86 TRD Special Edition is the most performance-oriented 86 (née Scion FR-S) offered in the US yet, and Toyota is really trying to go retro with it. Not only does its name harken back to the legendary AE86, but it also wears Toyota’s old racing tricolor. 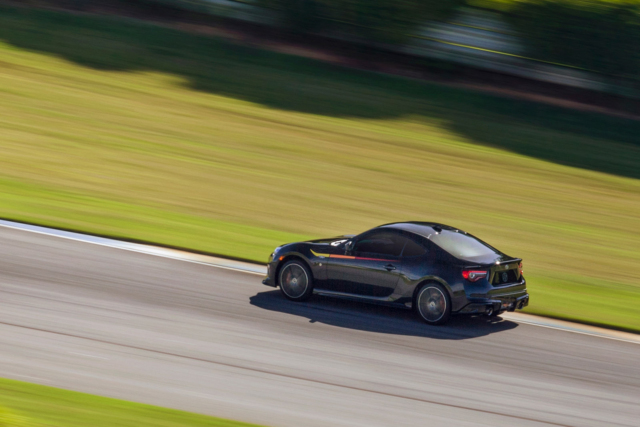 We know what you’re going to ask, and the answer is no, its 2.0-liter Subaru boxer does not emit one iota of power more than stock. That number still stands firmly at 205 horsepower and 156 lb-ft of torque and it will only come with a manual transmission. Where engineers focused their efforts was in the handling. 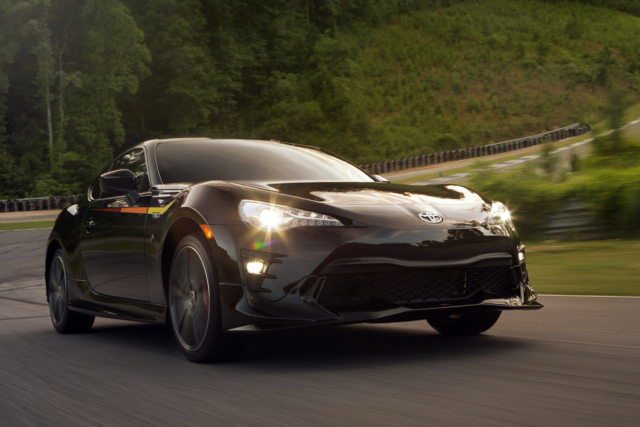 The 86 TRD Special Edition has had its suspension beefed up with Sachs dampers. A Brembo brake kit with rotors measuring 12.8 inches pinched by 4-piston calipers in front, while 12.4 inch rotors are matched with two-pot calipers out back. 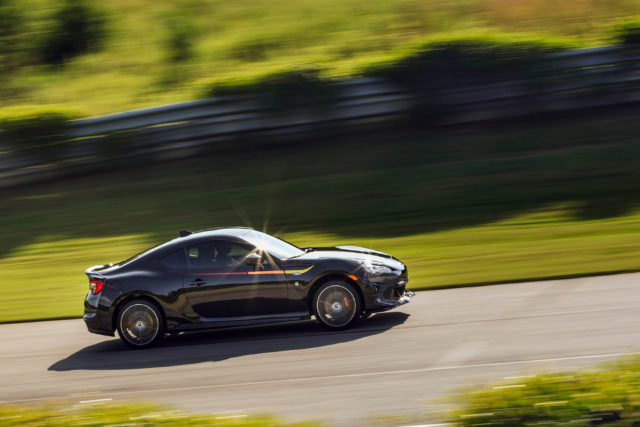 Those well versed in Toyobaru trivia will surely notice that these are the same specs as the Subaru BRZ tS. However, Toyota representatives say that the suspension was tuned by TRD engineers specifically for this car.

Unlike the BRZ, however, the 86 TRD comes with a chrome-tipped TRD-branded exhaust, a unique body kit, and unique 18 x 7.5J wheels. Frankly, we prefer the BRZ Performance Pack’s 17 x 7.5J wheels, because as designer Yuki Kumono told us, they were inspired by RS-Watanabes.

Nevertheless, the 86 TRD has its own heritage cues, first and foremost of which is a yellow-orange-red hockey stick stripe curving up its sides. That, of course, is a nod to Toyota USA’s old racing liveries, found on everything from IMSA Celicas to Baja trucks.

In addition to the decals on either side, the tricolor is repeated on a badge on the front of its exclusive body kit. Our favorite application, however, is its beautiful embroidering into the dash pad. The interior, now available in a new red and black motif, is significantly more tasteful than past multi-colored Toyobaru interiors as well. 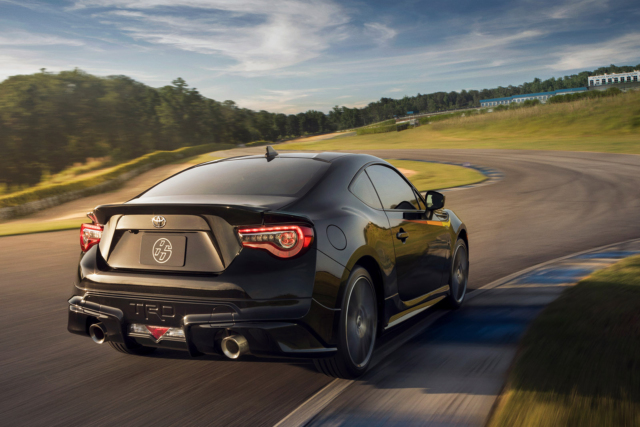 The 86 TRD Special Edition comes only in Raven, and will have an MSRP of  of $32,420. That slots right between the BRZ Limited Performance Package and the BRZ tS. Only 1,418 will be offered in the US with a few more in other markets, and they go on sale in August 2018. 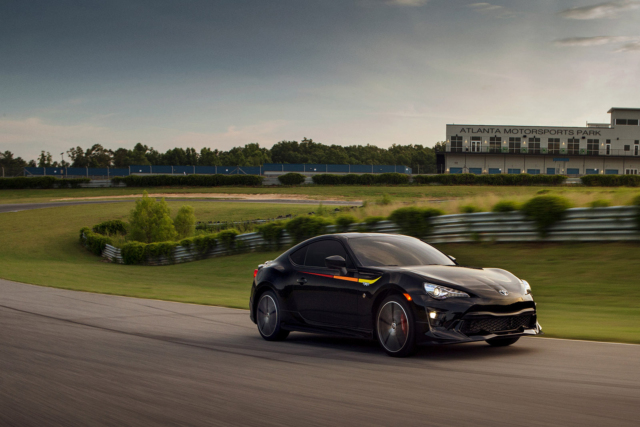 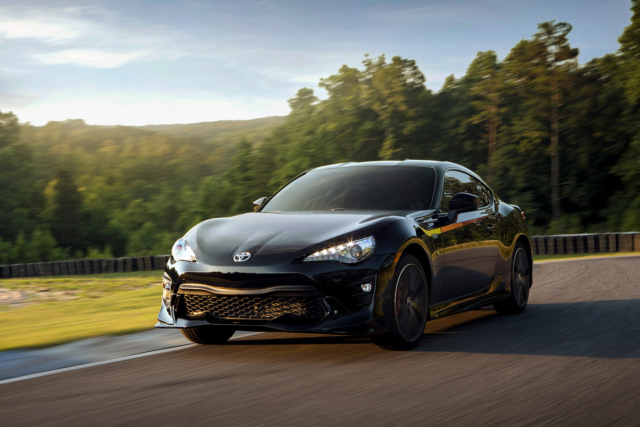 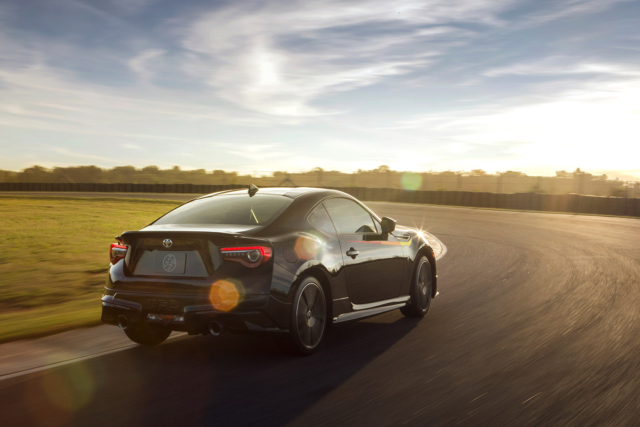 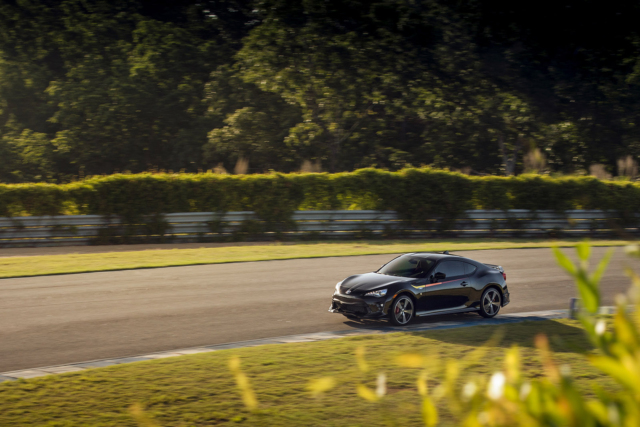