NEWS: Toyota 86 to get facelift with new name

In addition to a new (yet old) name, the lightweight sport coupe formerly known as the Scion FR-S will get a facelift when it transitions to the Toyota marque this fall. Meet the 2017 Toyota 86. 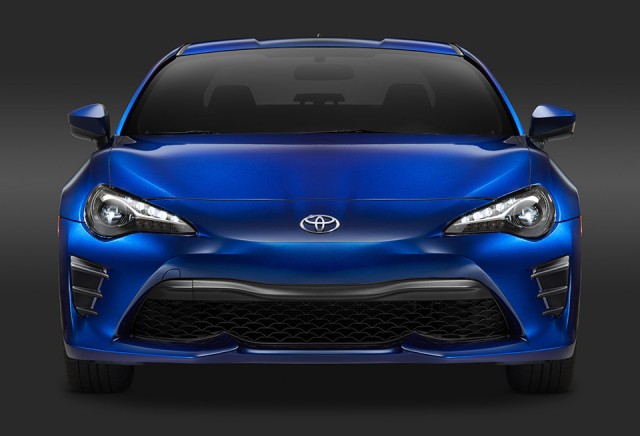 The nose now has a wider front intake, some straked side vents, and updated headlights, as well as what appears to be an actual nose. 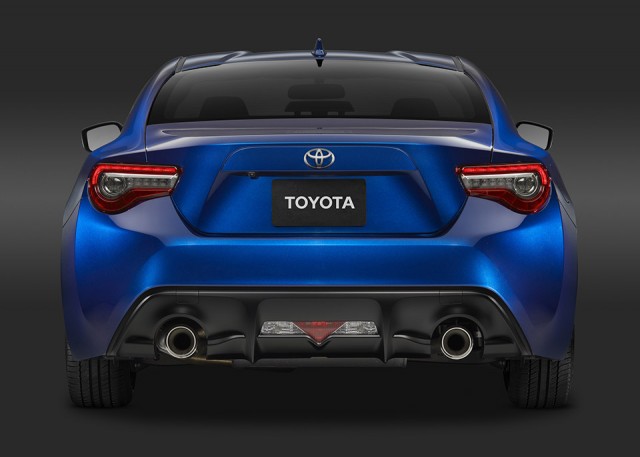 The rear, too, employs a revised bumper design and new LED taillights. For those yearning for more power, Toyota has bumped power and torque by five units each, to 205 hp and 156 lb-ft. It’s not much, but the 2.0-liter Subaru boxer is still naturally aspirated. Toyota hasn’t detailed what suspension upgrades they made yet, but promises there are some. We’ll know more at the NY Auto Show next week.

The most derided part of the FR-S — its ugly alloy wheels — is also gone, replaced by tasteful split 5-spokes that, thankfully, appear to be all one color. 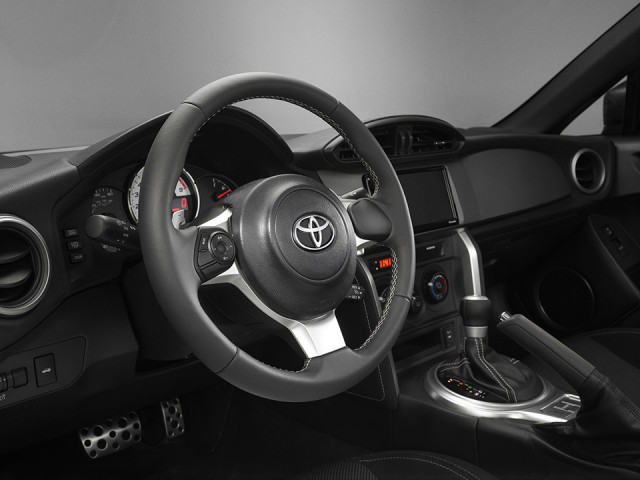 The interior is largely unchanged, but Toyota says there will be more soft materials used on the door trim and stitched 86 logos throughout.

Speaking of which, now that the car is actually called the 86, the fender-mounted 86 logos are gone, replaced with a nondescript faux vent.

As for why the name was changed, Toyota Division Group VP Bill Fay explained thusly. “When we announced the transition of the Scion models to Toyota we hadn’t planned on changing the names of our cars, but by popular demand, for our sports car, we decided to adopt the global name of 86.”

Fay continued, “Enthusiasts have a strong association with the front-engine, rear-drive heritage of the ‘hachi-roku.'” Regardless, Toyota has just given us an obvious way to visually distinguish Scion FR-Ses and Toyota 86es.

permalink.
This post is filed under: News and
tagged: GT86, scion, toyota, toyota 86.

9 Responses to NEWS: Toyota 86 to get facelift with new name