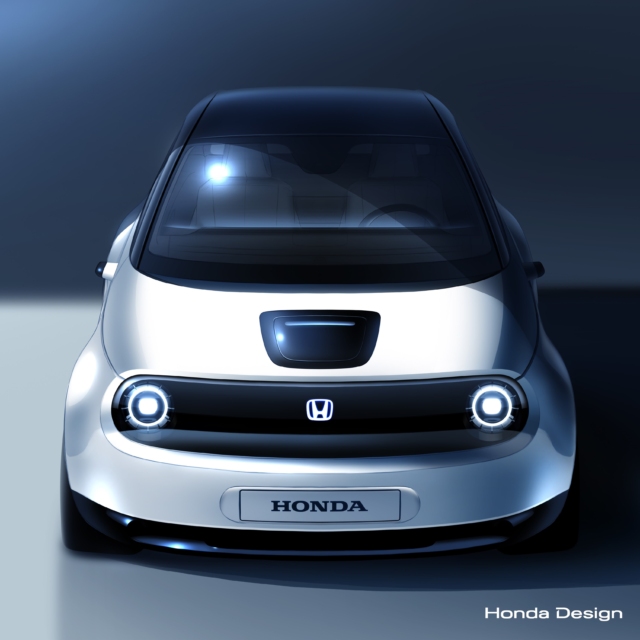 Over the weekend Honda published a new illustration of its upcoming electric vehicle, scheduled to debut at the Geneva Motor Show in early March. Unfortunately, it’s pretty disappointing. It looks as if it has lost much of the retro, first-gen Civic charm that drummed up much excitement among JNCers when the original concept debuted. 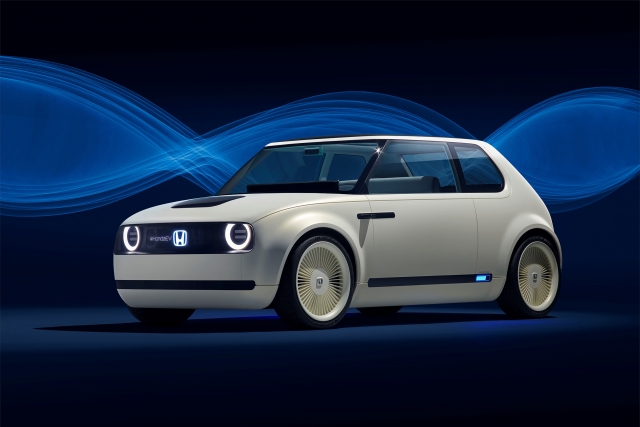 You’ll recall that the original concept, which Honda called the Urban EV, had a cool, throwback design inspired by the first-generation Civic. It was probably the first time JNC readers had been truly excited about an electric car. Soon after, Honda announced that they were actually going to build it. 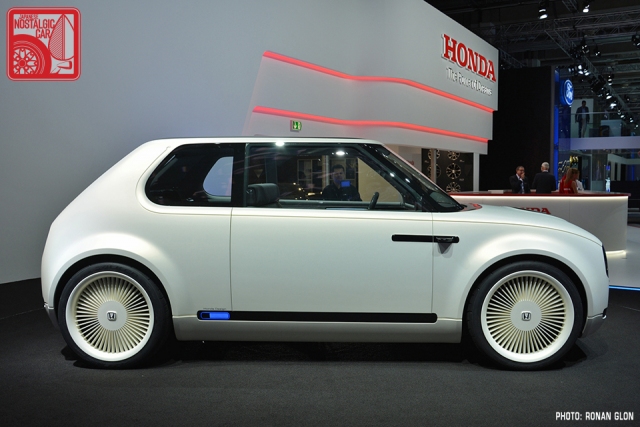 Since then, some spy shots of a camouflaged test mule have been spotted. From the looks of the prototype and the official image, the old school look was toned down substantially. The tester has grown two rear doors, which is to be expected, but the front fascia is a lot more rounded and “friendly.” Interestingly, the production prototype seems to keep the side cameras in lieu of mirrors.

Whatever form it takes, Honda has told us that the car will not be coming to the US market because of its size. Europe and Japan will be its main markets. Still, we hope that the final form still evokes some of the original concept’s allure.

permalink.
This post is filed under: News and
tagged: honda, Urban EV Concept.