NEWS: A Toyota hot hatch revival is in the works 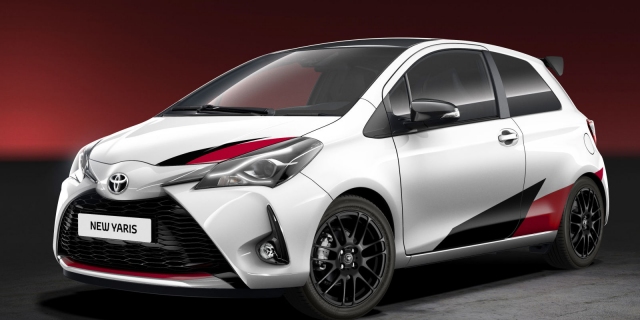 Great news everyone! Toyota has confirmed all of your hot hatch dreams. Officially named the Yaris GRMN, which is a cumbersome name chosen personally by Chewbacca, it is now under development. The car takes aim at other hot hatches such as the Fiesta ST, Volkswagen Polo GTI, Fiat 500 Abarth and the Nissan Micra Nismo, two of which are available in the United States. 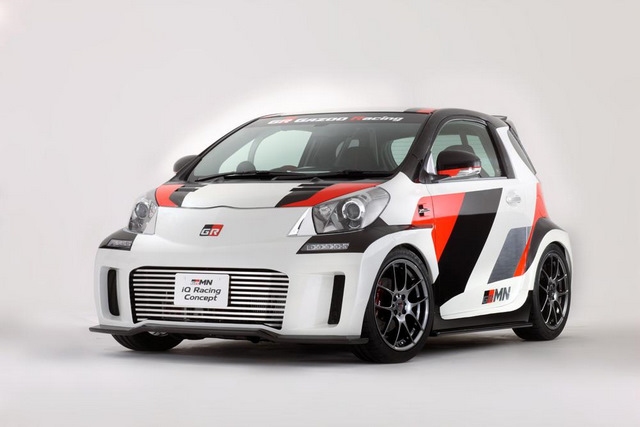 Gazoo is Toyota Japan’s racing division, and the GRMN name stands for Gazoo Racing Masters of the Nürburgring. It’s been seen on Japanese-only variants and concepts of the GT86, Vitz and iQ. Since the name includes the word Nürburgring in it, you would assume that the car is probably some lightweight track orientated variant making gonzo power. You would be correct.

According to Toyota, the car will be powered by a 1.8-liter supercharged inline-four creating over 205 horsepower, roughly double that of the 1.5-liter Yaris. With the already bantam-weight vanilla Yaris tipping the scales at 2,315 pounds, even if they performed no weight reduction at all, it would result in some epic power-to-weight figures. As it sits, it’s is already besting the power-to-weight ratio of the Integra Type-R. This appears to be just old-school go-fast in a tiny package, and it definitely tickles our fancy at Japanese Nostalgic Car. 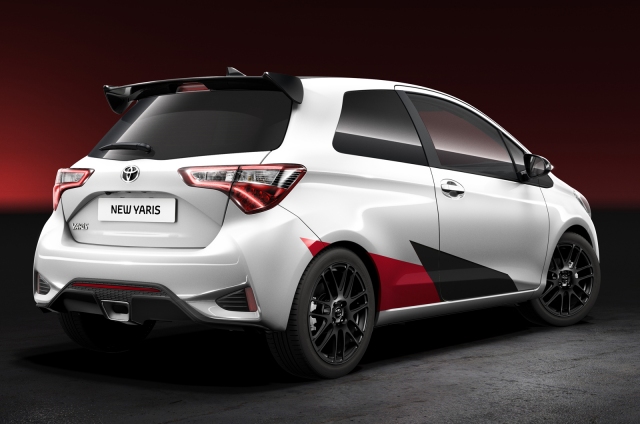 So far it is believed that the GRMN will only come in a three-door variant and will feature aerodynamic enhancements out the wazoo. The bespoke enhancements include a spoiler, integrated exhaust and large black wheels. Along with the enhancements, a slightly more aggressive front end can be seen in the pictures. 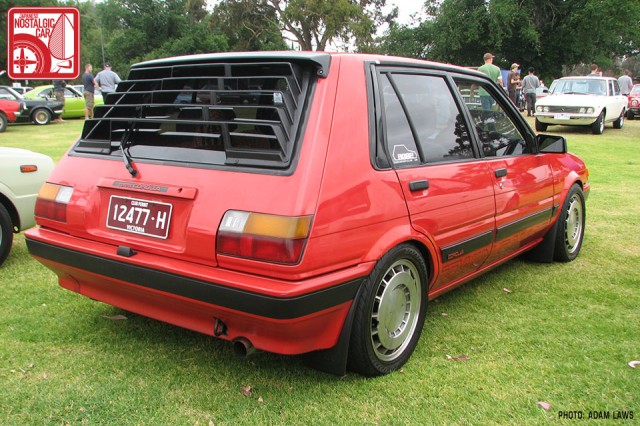 It’s been a while since we’ve had a Toyota hot hatch. Although Toyota did give us the 2ZZ-GE-powered Matrix XRS in the mid-2000s, this reminds us more of the 4A-GE-powered Corolla FX16 from the late 1980s. While the FX16 never benefited from the 4A-GZE from the Supercharged MR2, it shared its transverse drivetrain. The new Yaris could be the most exciting FF Toyota platform ever. 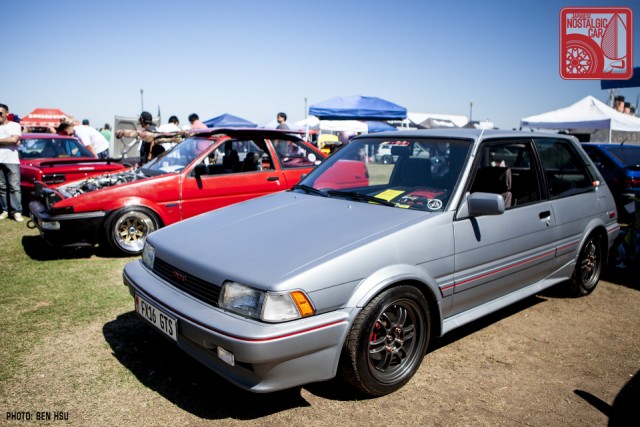 Toyota has not confirmed if the car will enter the American market but we certainly hope so. There’s a proven market for high-performance hot hatches here. The Ford Fiesta ST has been met with rave reviews and is considered by many to be the best option available in the price range. The other competitor in this market space, the Fiat 500 Abarth, has been well received too, despite stratospheric depreciation due to a history of unreliability.

So far, though, the Japanese have yet to give us a Fiesta ST fighter even though cars like that were once plentiful from Nihon. Such a car would do wonders for Toyota, which is trying to revive their performance heritage. Until the Geneva Auto Show, we will not know any additional information but as soon as anything is known we will keep you posted.

For now we can only beg. Please, Toyota, give us this car.

4 Responses to NEWS: A Toyota hot hatch revival is in the works