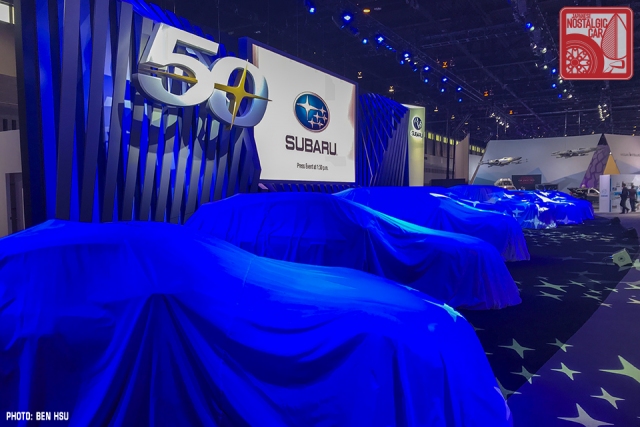 February 15 marked the 50th anniversary of Subaru of America. Half a century ago, the company consisted of two guys hawking Fuji Rabbit scooters and trying to drum up interest in the Subaru 360 kei car. Now it sells nearly 650,000 cars a year and enjoys sales growth that’s the envy of every other automaker. 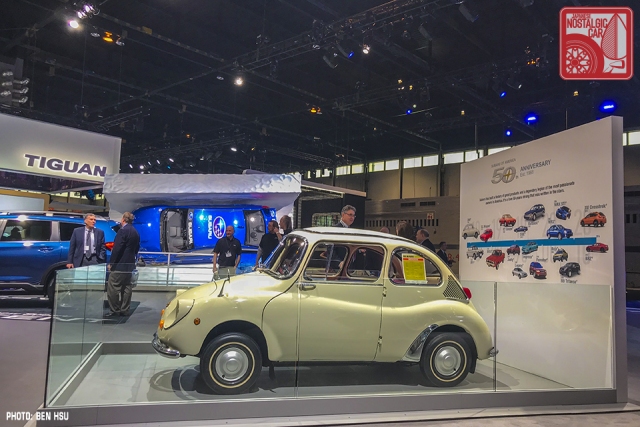 While the Subaru 360 was one of the best selling cars of its era in Japan, it never took off in the US. It even had the ignominy of winning Consumer Reports‘ first  “Not Acceptable” rating. That left SoA founders Malcolm Bricklin and Harvey Lamm with a lot of unsold 360s, and legend has it that the surplus cars were either dumped into the ocean of buried under a Subaru building near their Cherry Hill, New Jersey headquarters. 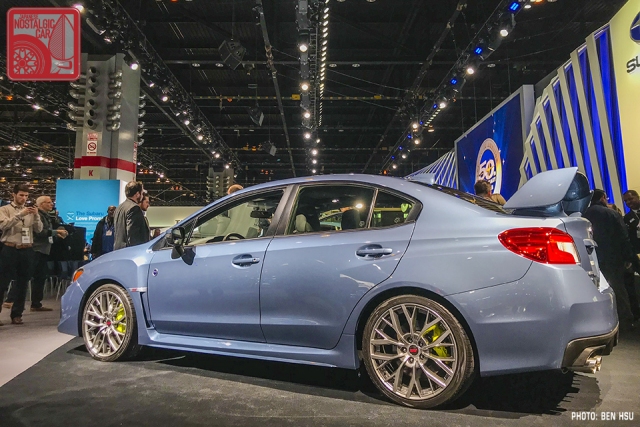 Where Bricklin and Lamm did succeed was in selling 13 Subaru distributor franchises across the country, which helped the company sustain itself for many years while a business case for quirky, 4WD wagons could be established. Over time, SoA began buying back many of these distributorships, while Fuji Heavy Industries itself was buying shares of SoA. It wasn’t until August 1990 that FHI fully acquired SoA, which really doesn’t seem like that long ago. 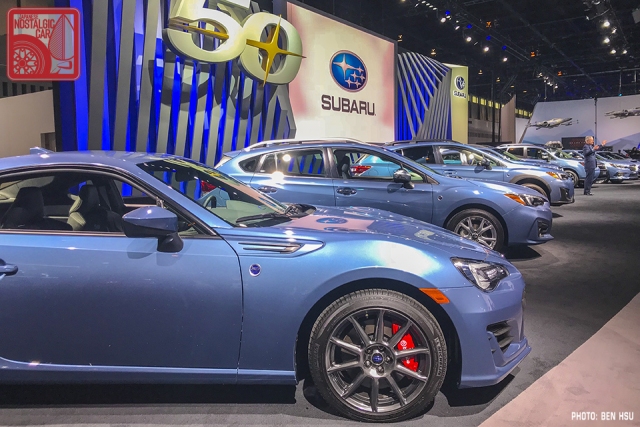 To mark their golden anniversary, Subaru plans to sell 50th Anniversary Editions for all their models, finished in an exclusive Heritage Blue paint over black interiors with silver seatbelts and stitching. Each will also come with a 50th Anniversary badge. Subaru says 50th Anniversary edition models will be limited to 1,050 for Impreza, Crosstrek, Forester, Legacy, and Outback models, but there will be only 600 WRX, 250 BRZ and 200 WRX STI 50th Anniversary models. 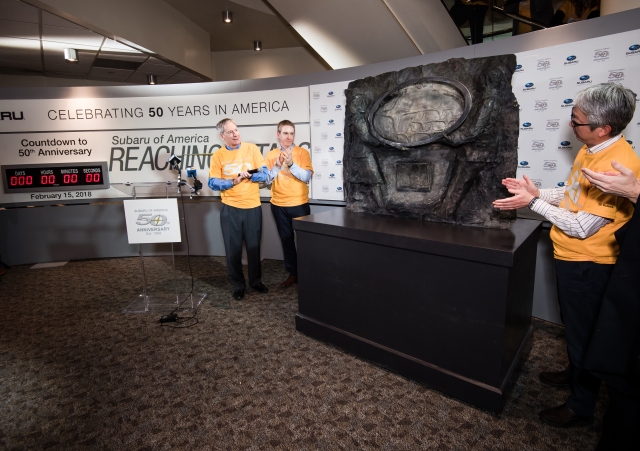 At the company’s New Jersey headquarters, local artist Chad Fisher created a 300-pound bronze plaque commemorating the occasion. President Tom Doll says it will last 50,000 years. In addition, SoA donated 50 new 2018 Outbacks to Meals on Wheels, which will help deliver 53,000 meals to 3,700 seniors who are unable to buy or make their own. 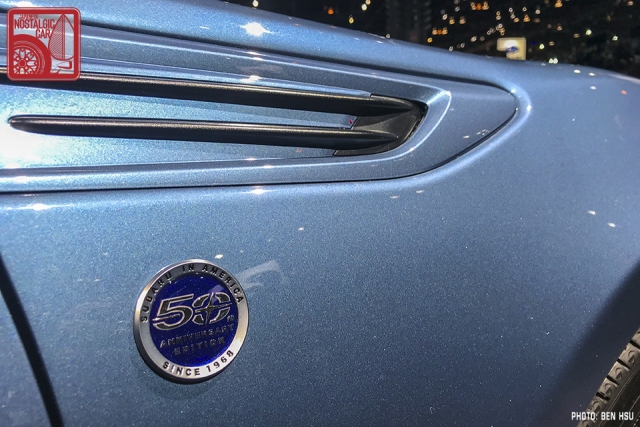 This year, Subaru of America also plans to open a new headquarters building, moving from Cherry Hill to Camden, New Jersey. They’ve come quite a long way since 1968, when the only Subaru car you could buy was a $1,290 buggy that was so light it didn’t even need to pass federal safety standards. Now if they’d only bring the Levorg over.