NEWS: The million-dollar Nissan GT-R50 is a go; order it in Bayside Blue

Nissan has confirmed that it will indeed produce the GT-R50 to commemorate the GT-R’s 50th anniversary. When it was announced back in June, the GT-R50 was a one-off car used to gauge customer interest. Nissan said it would give the green-light for production if it could find 50 people willing to fork over $1 million for a GT-R. Apparently, it’s found them. 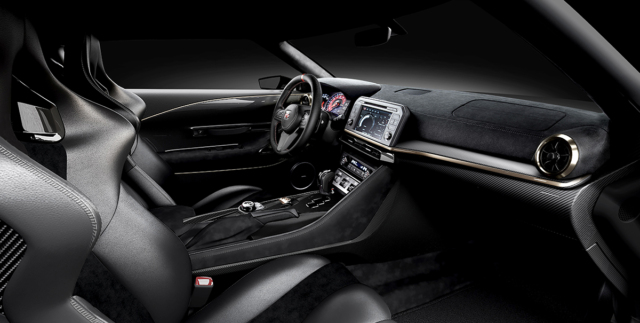 The official price tag is €990,000 before taxes and options, which translates to $1,120,000 USD at current exchange rates. Each car will be hand-built by the famed carrozzeria Italdesign, which is also celebrating its 50th anniversary, and come with a 720 PS (710 hp) GT3 engine.

The official photos of the production version remains extremely faithful to the concept. Though the original concept came in gray and gold, in the official images Nissan has changed the gray to a hue seemingly inspired by the R34 Skyline GT-R’s Bayside Blue. Nissan is taking just 50 orders, but if you have the coin, you can place your order at the official GT-R50 website.

permalink.
This post is filed under: Uncategorized and
tagged: gt-r, GT-R50, nissan, r35.

5 Responses to NEWS: The million-dollar Nissan GT-R50 is a go; order it in Bayside Blue