NEWS: Mitsubishi may bring back Eclipse, but in name only

There is a rumor swirling around, reported by a reputable source, that Mitsubishi may revive the Eclipse name. The report comes from Autoblog, who says that Eclipse could be the name for a vehicle Mitsubishi will unveil at the 2017 Geneva Motor Show, one that the company has released a teaser image of. Take a look at that image below and you’ll see there’s a catch, and it’s a big one. 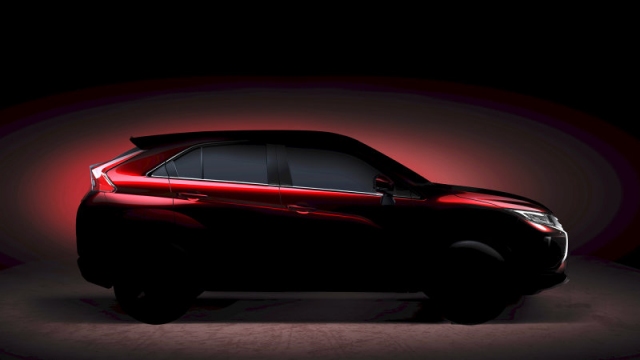 That’s right, what you’re looking at is a crossover. Autoblog says that, size-wise, it’s going to slot between the Outlander Sport and Outlander. Having perhaps exhausted variations of the name Outlander, perhaps Mitsubishi is seeking to capitalize on a name that has some resonance. Surely, though, that would be some sort of blasphemy, even if the Eclipse did evolve into a soft, Solara-like coupe at the end of its run.

We hope it’s not true. True Eclipses are futuristic turbocharged pocket rockets. Come on, Mitsubishi. There are lots of words in the English language. Maybe we can help them think of some names. Places are popular. How about Walla Walla? Or animals. Ocelot? If you have any ideas, post them in the comments below. God knows they could use our help.

permalink.
This post is filed under: News and
tagged: eclipse, mitsubishi.

24 Responses to NEWS: Mitsubishi may bring back Eclipse, but in name only